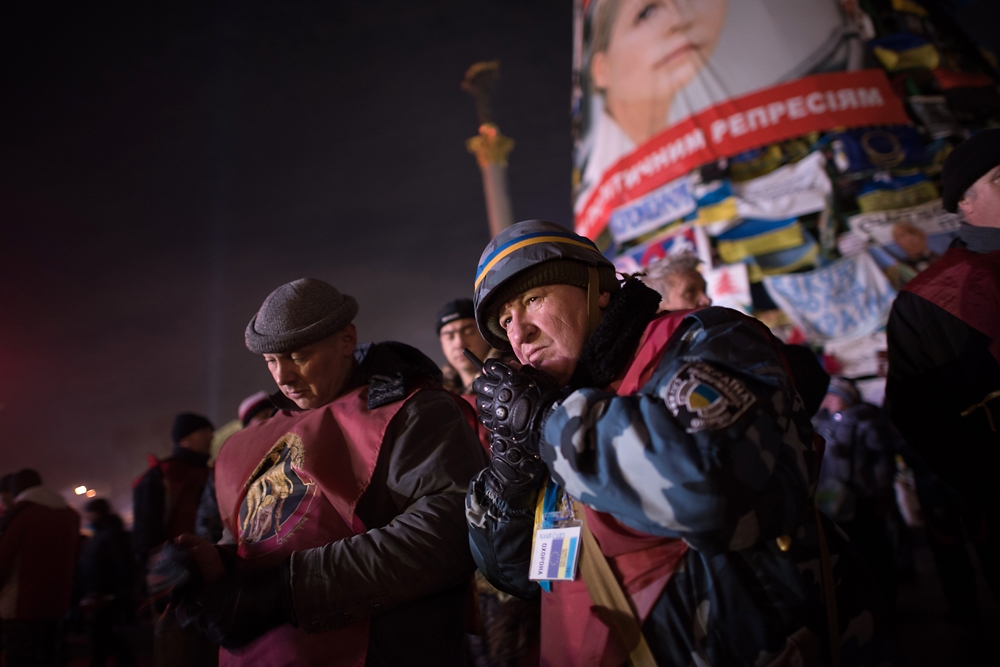 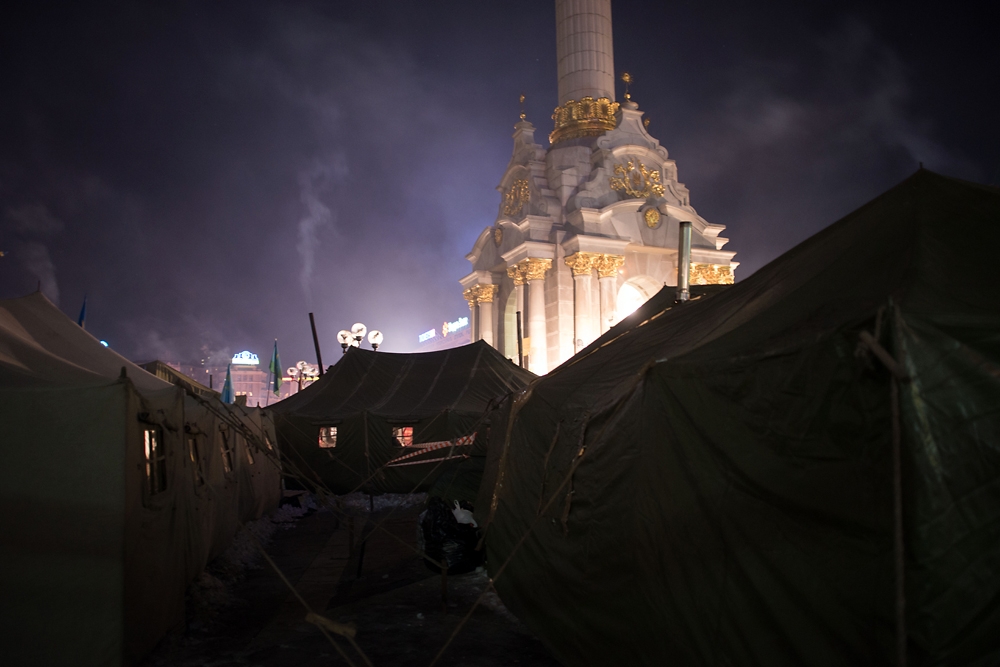 Soviet army veterans, who served in Afghanistan, erected tents in Maidan Square in support of the protest movement. 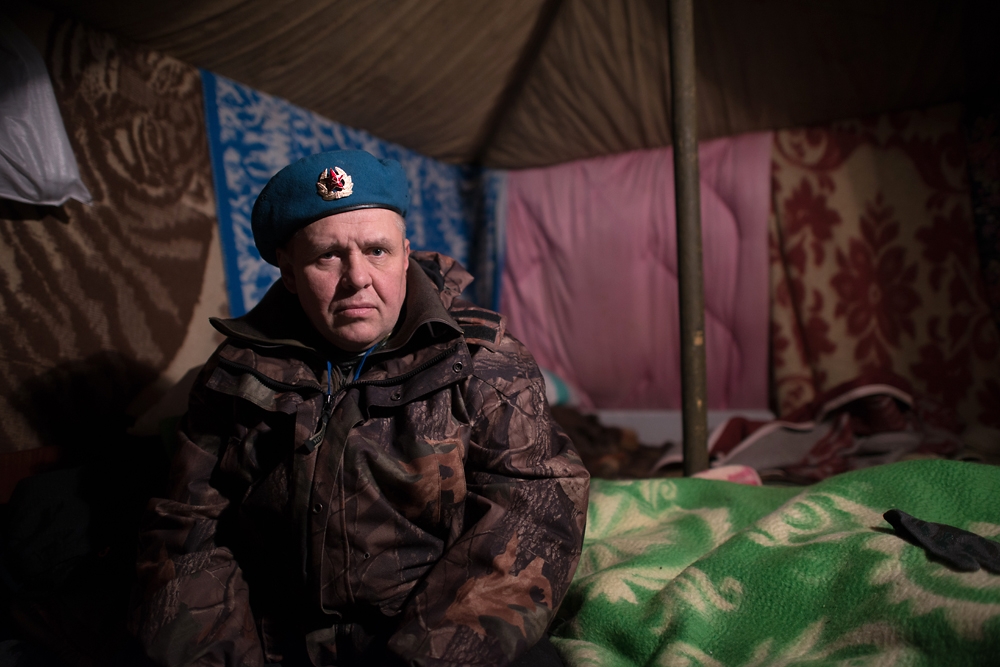 Oleg, a vet who declined to provide his last name, commands the Afghan war vets protesting in Kiev. 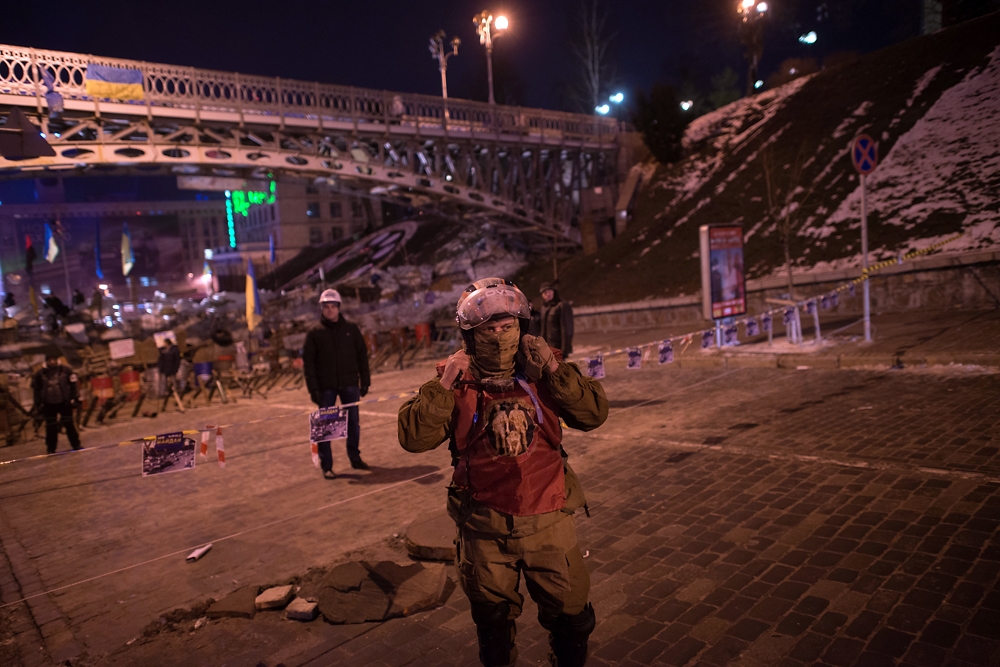 An Afghan vet controls a blocked entrance outside one of the barricades. 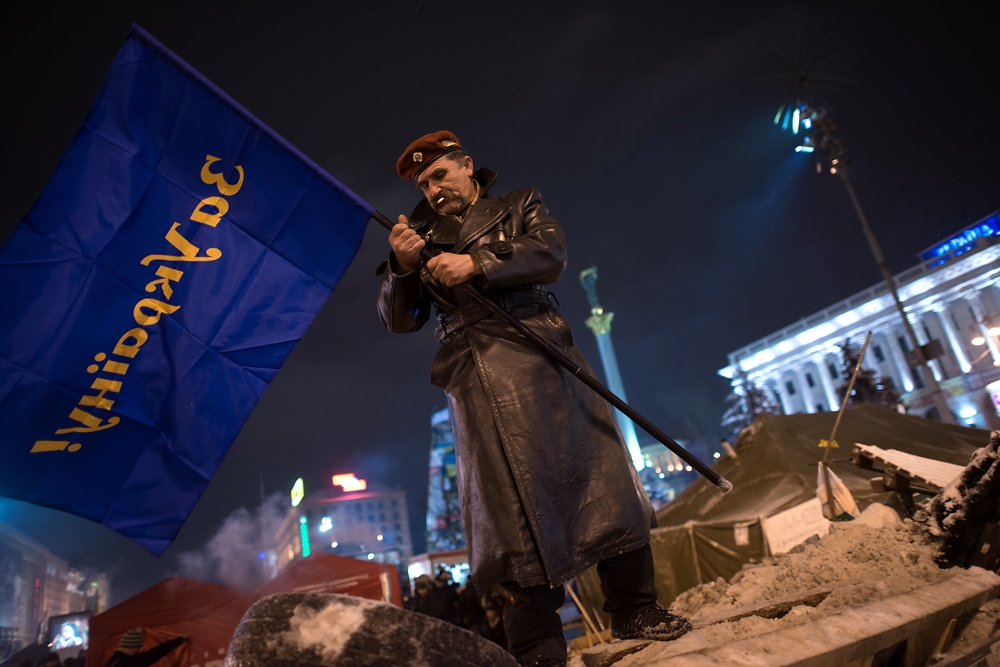 A veteran places a flag imprinted with "For Ukraine" on a newly built barricade in Maidan Square. 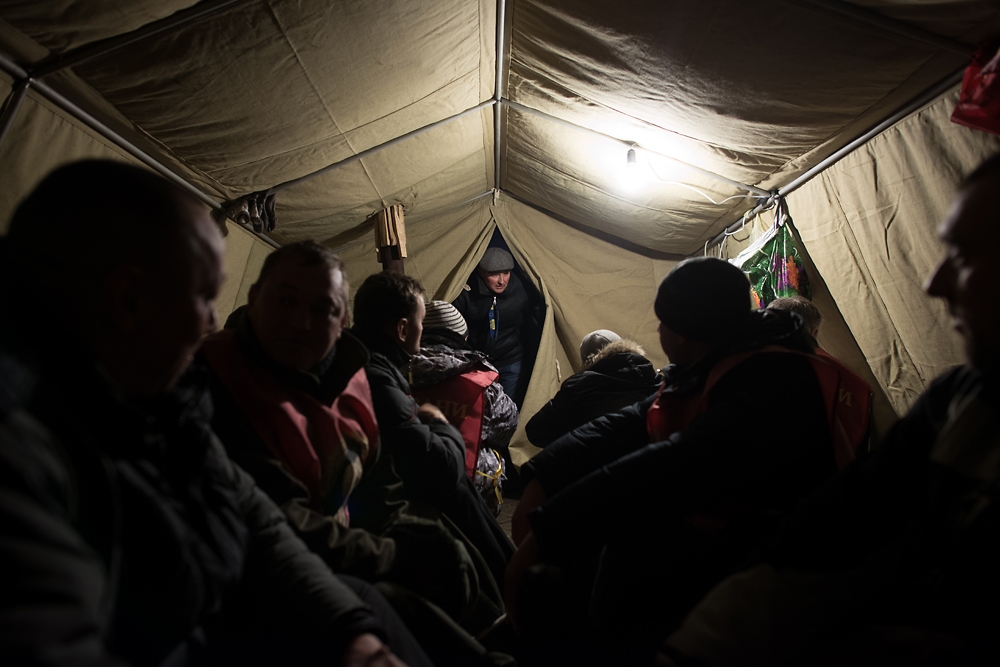 A group of vets return to a tent after a night watch. 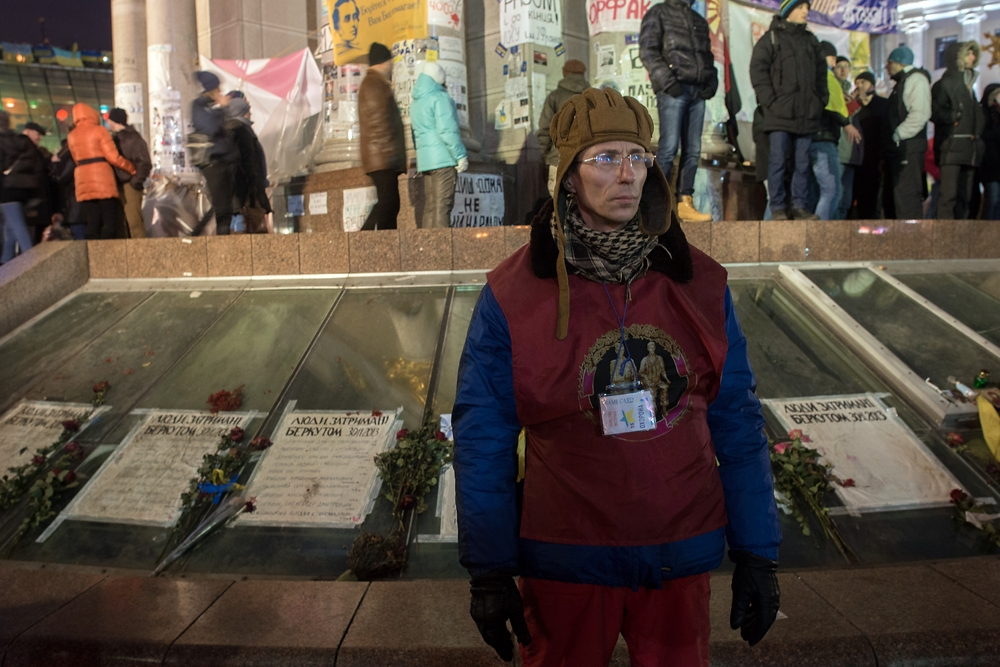 A Soviet army vet stands in front of a memorial for people were injured on Nov. 30 by riot police. 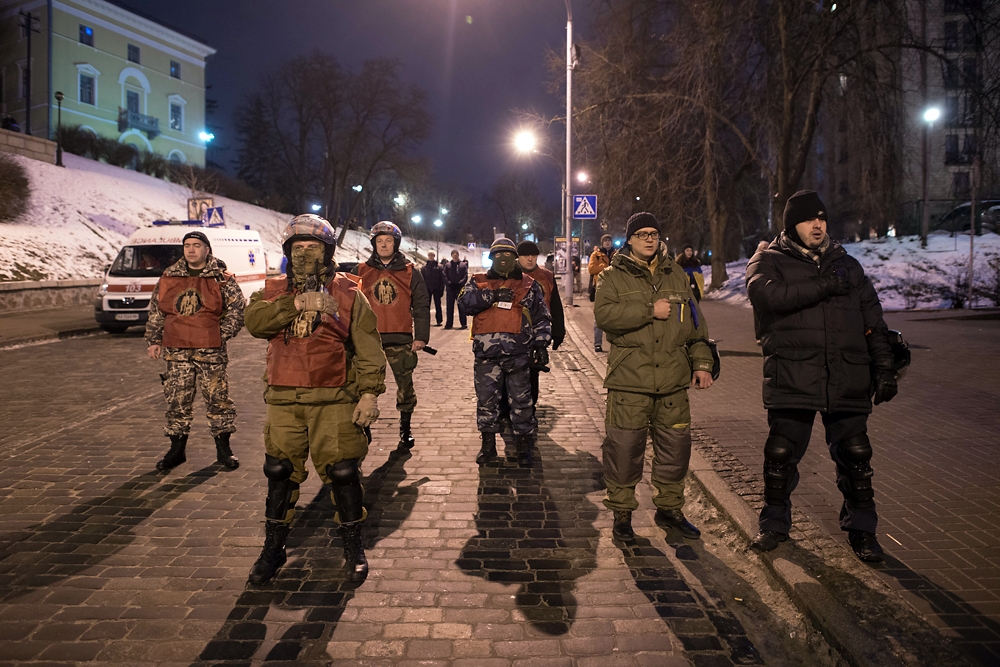 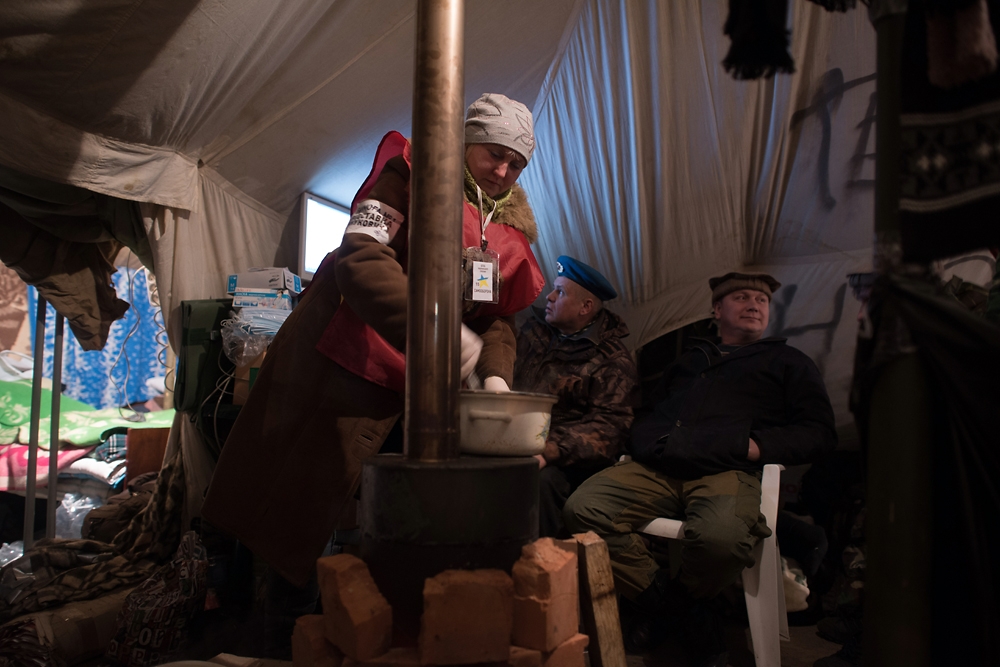 Volunteers help serve food and warm drinks to the veterans. 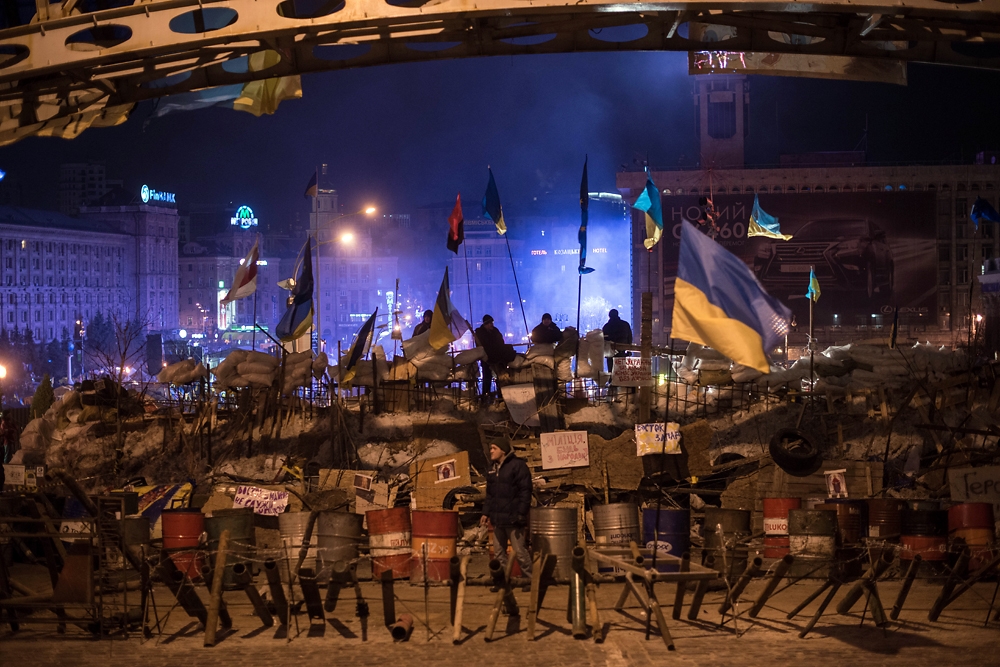 Barricades were reinforced and rebuilt after police forces tried to evacuate the camp on Dec. 10 and 11.
prev
next

A few decades ago, they were sent abroad to fulfill an “internationalist” duty. Today, Afghan war veterans in Ukraine are answering a domestic call, and are playing a prominent role in keeping the Maidan movement going in Kiev.

Anti-government protesters, representing a wide variety of views, have occupied central Maidan Square for almost a month. What started out as a demonstration against Ukrainian President Viktor Yanukovych’s refusal to sign a European Union Association Agreement has morphed into a struggle for Ukraine’s geopolitical soul, with the stakes for Yanukovych’s own political future seeming to rise by the day. The Ukrainian president’s December 17 trip to Moscow, and the announced $15-billion Russian bailout package for Kiev, has done little to take the edge off the Maidan protest.

On any given day, hundreds of Afghan vets can be found on Maidan Square, infusing the mélange of protesters with an element of cohesion. The organizational structure that is now in place came together spontaneously.

“Veteran individuals just met on the square, they recognised each other, they organized themselves,” said Oleg, a 49-year-old vet who declined to provide his last name. “We all have the same vision, in which a government should not use force against its own people. And so we put ourselves, experienced soldiers, who know the price of life, blood and death, in the middle.”

Many vets said they were drawn to the Maidan movement after watching security forces use excessive force in late November against what, in comparison to today’s Maidan crowds, was a relatively small band of protesters.

Andrei, who served a 19-month tour in Afghanistan during the 1979-89 conflict, said he still doesn’t understand why Yanukovych's administration unleashed riot police on unarmed students back on November 30. “If they would not have attacked, the protest would have dissolved,” Andrei said. “I [chose] to remain to defend my own people against a president who behaves as a dictator. We want a democratic country where people have real rights."

Since December 12, when security forces launched an ultimately unsuccessful operation to smash barricades and break the protest movement, the Afghan vets have operated in a state of heightened alert. Each night, detachments of vets lead patrols in and around Maidan Square. Many protesters are worried about provocateurs in their midst, and vets act in a self-policing capacity within the Maidan movement. In instances when people on Maidan Square behave in an unruly or otherwise suspect manner, vets act as guards until the individuals can be handed over to police custody.

Jacob Balzani Lööv is a freelance photographer/writer currently on assignment in Kiev for TRANSTERRA Media, a EurasiaNet.org partner.