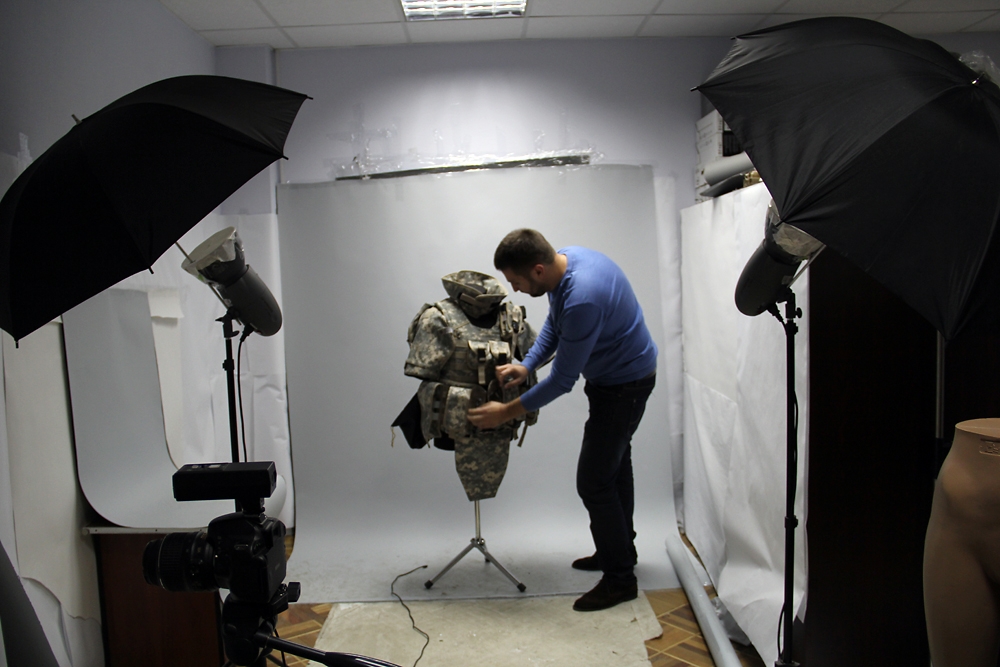 Almost a century ago, amid the civil warfare that erupted following the collapse of the tsarist empire, a Ukrainian army led by Nestor Makhno marched under the banner, “anarchy is the mother of order.” These days, as a conflict simmers in eastern Ukraine, some Ukrainian entrepreneurs are embracing a far different motto: military necessity is the mother of market invention.

Fiscal and organizational disarray has placed the Ukrainian government at a severe disadvantage as it strives to parry Kremlin attempts to sow mischief in eastern Ukraine. At the same time, Kyiv’s lack of capacity is creating opportunities for individuals to plug gaps and bolster Ukraine’s war effort.  It is as if Adam Smith’s invisible hand is giving pro-government forces a gentle nudge toward the West.

Maxim Plekhov is among the market-inspired guerrilla entrepreneurs who are making a mark.

Plekhov traces his transformation back to a conversation last winter. He had given up his law career after growing tired of dealing with Ukraine’s notoriously corrupt judiciary, and was trying to build a new career in business. In February, he recalled, he was catching up with a friend who had earlier urged him to pursue an online venture – a website offering luxury gifts for the Ukrainian market. It was a time when the Euromaidan confrontation was reaching its apex in Kyiv, and tensions in Plekhov’s hometown of Kharkiv were rapidly rising. As they reconnected, both Plekhov and his friend felt relief that the e-commerce idea had never taken off.

“Can you imagine? People don’t need luxury gifts when there’s a revolution,” the two joked. Plekhov then said; “What they need are bulletproof vests.”

That evening, Plekhov kept thinking about bulletproof vests. As a budding entrepreneur, he was curious; was there demand for bulletproof vests on the Internet in his country, and was anyone meeting it? After some quick Internet research, he determined there was indeed strong demand, and it did not seem as if any domestic manufacturer was ready or willing to fill it.

Potential profit was not the sole motive spurring Plekhov on; he was a firm supporter of the Euromaidan movement, and saw his potential venture as a way to support those who were risking their lives on Maidan Square.

So Plekhov ordered a British-made Osprey bulletproof vest from eBay and started to take it apart to see whether the armor design could be replicated. After consulting with dozens of friends and business contacts, he determined it could, and eventually enlisted scientists who had once worked in Soviet defense sector to help design a vest that could be locally produced. By April, under the name Kharkiv Arsenal Factory for Personal Defense, he started manufacturing simple, light-weight bulletproof vests, some with a festive Ukrainian-themed folk design.

Originally, he envisioned that the vests, which at that time were designed to withstand a pistol shot, would be primarily for Maidan activists. But soon the scope of his potential customer base changed dramatically.

Fighting broke out in southeastern Ukraine in late April, with the government sending in troops to disperse Russia-backed separatists in the Donetsk and Luhansk regions. As the conflict deepened, Plekhov’s Arsenal Factory ramped up production of vests, using NATO combat prototypes, but replacing ceramic armor with steel, more commonly used in Soviet-era gear. Designers also made improvements to enable the vests to protect wearers from ammunition used by separatist forces.

The vests, which also included shrapnel-resistant plastic components, were priced at between 2,490 and 5,490 hryvnas ($192 - $424), a fraction of the cost of similar Western-produced vests. Not surprisingly, the Arsenal Factory found a ready market among the various irregular forces fighting on the side of the Ukrainian government against separatists. Overall, the plant, which currently has 35 employees, has produced about 1,500 vests and is looking to increase production.

In addition to the manufacture of vests, the Arsenal Factory is making custom accessories, including personal medical kits, as well as armor plates for heavy weapons mounted on the back of pickup trucks and other large vehicles. These armor shields are designed to protect those firing the vehicle-mounted weapons.

“They can’t make a tank, but they can get a truck and one of these outdated anti-aircraft guns to mount on it,” said Yuri Osmolovich, a former political campaign consultant who now serves as the Arsenal Factory’s chief metal worker. He exhibited the green armor shields made by the plant, and marked on the back with the names of those who sponsored them. “A shield really prolongs life expectancy.”

The success of Plekhov’s initiative has highlighted shortcomings in the Ukrainian Defense Ministry’s procurement process. Outdated specifications for military contracts not only have hindered Plekhov’s ability to put in a bid for vest manufacturing, but also appear to place Ukrainian regular army soldiers at greater risk, he maintained.

The vests that the Defense Ministry has procured for the regular army meet specifications that were established back in the 1980s. They are not so effective in stopping bullets that have been developed in recent decades, and which are widely used by pro-Russian forces. They also are of little use in protecting soldiers from shrapnel.

Plekhov joined a chorus of critics of the Defense Ministry, and their criticism appears to have helped spur changes. On October 14, President Petro Poroshenko carried out a shake-up at the Defense Ministry, installing Stepan Poltorak, previously the commander of Ukraine’s National Guard, as the new minister. Earlier, the Prosecutor General’s Office opened a case against Defense Ministry officials over the purchase of faulty flak vests. According to prosecutors, the procurement lapse may have directly contributed to the combat deaths of dozens of soldiers in and around Donbas in recent months.

“The problem is nobody has any expertise. We are hoping that with the arrival of a new minister, something will change for the better,” Plekhov said.

“You need a professional advisory board that comprises theorists and practitioners, and they have to work out a set of technical specifications” that take into account the latest trends and innovations, Plekhov continued. “No general, no advisory committee has so far worked out what our army needs today.”

For now, Plekhov’s initiative is thriving. But it is uncertain whether it can survive the end of the conflict, whenever that day may come. Vyacheslav Tseluyko, a political science professor at Kharkiv State University who focuses on the military, said the government tender process is not the only hurdle the factory faces if it is to become sustainable. Tseluyko identified a major challenge as reducing the weight of the vests by about 25 percent.

“When the initial excitement has been exhausted, Maxim and his team will have to make a qualitative jump if they want to remain in this business, which will be aimed at lowering the mass of the vests by using more high-tech elements,” Tseluyko said. “But a successful solution of the problem is within reach.”

For now, Plekhov says profit and sustainability are of secondary concern, adding that all income that the factory currently generates is plowed back into R&D, and in subsidizing the cost of the vests for combatants. Fulfilling a sense of patriotic duty is the primary payoff.

“It feels good to get a grateful call from someone who says, ‘one of our boys just got hit with seven slugs but he’s ok,’ because he was wearing one of our vests,” said Osmolovich, the chief metal worker.

Women are being forced to give birth ‘alone’, in post-lockdown Armenia and Ukraine