Ukraine: IDPs Turn to Volunteers, Rather than Government for Support

Nearly a year and a half after war in eastern Ukraine with Russia and Russian-backed separatists forced over a million people to flee their homes, the Ukrainian government is still relying on hundreds of volunteers to provide help. 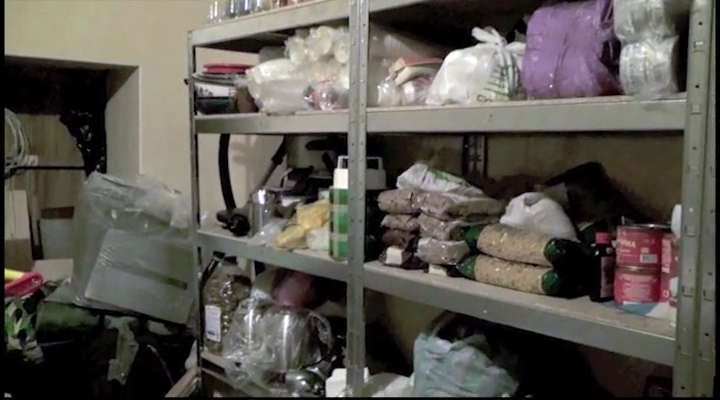 Nearly a year and a half after war in eastern Ukraine with Russia and Russian-backed separatists forced over a million people to flee their homes — the largest population displacement in Eurasia since World War II — the Ukrainian government still is relying on hundreds of volunteers to provide the response.

Based on the numbers alone, these groups, often formed ad hoc, face a staggering task. Approximately 1.4 million people are registered as Internally Displaced Persons (IDPs) in areas controlled by the Ukrainian government. The United Nations puts the total estimate even higher — 2.3 million, as of July 2015.

The majority are elderly, according to government data.

Yet despite these figures, no unified national policy exists for meeting the needs of any of these Ukrainians. No single government body addresses their problems. Rather, responsibility falls between various ministries and agencies; and, consequently, often falls between the cracks, IDPs say.

In a series of interviews with EurasiaNet.org this spring in the eastern city of Slovyansk, Ukrainians displaced by the conflict expressed bitter frustration with the central government for leaving them, they claimed, lost in a bureaucratic maze.

Mykhailo Chaplyga, a spokesperson for Ukraine’s ombudsman’s office, which monitors human rights, acknowledges the scope of the problem. While the government has taken “some measures” to help these individuals, he said, the “[v]ast majority” of displaced people are left to fend for themselves or turn to volunteers.

Ruslan Zaychenko, a spokesperson for the Ukrainian State Emergency Service, one of the several official organs handling IDP policies, emphasized that “we make all efforts to help IDPs,” but conceded that, amidst Ukraine’s political and economic instability, “it is not easy for our government.”

“There are so many of them ...,” he said of the forced migrants.

Last summer, the government set up a coordination center that brings together representatives from “all ministries and departments;” each ministry has one person who only works on IDP issues, Zavchenko said.

The focus has been on evacuating conflict-zone residents via train. Once IDPs arrive in Ukrainian-controlled territory, they are given information, Zavchenko explained — “where to call, and whom to contact about documents, healthcare and so on.” The coordination center in Kyiv also runs a 24-hour hotline, he added.

The International Organization for Migration describes government bodies as “cooperative,” but identifies an occasional “lack of capacity.” The country’s economic crisis, flattened currency and job losses have “an additional negative impact on the situation of [the] IDPs,” commented the organization’s Ukraine spokesperson, Anna Vlasenko.

That impact hits particularly hard when searching for adequate housing to withstand Ukraine’s boiling hot summers and frigid winters. State-owned sanatoriums and hotels initially provided accommodation, but, concerned that they will have to pay for utilities, some IDPs said they might need to look for their own housing.

The government keeps an updated database of possible accommodation for IDPs, Zavchenko said, but noted that local governments decide whether it is free or not.

Officials blame a lack of funding for their inability to provide more; as of mid-August, the government had received only 33 percent of a promised $312 million in international humanitarian aid, the US Agency for International Development reported.

Yet for volunteer leader Diana Makarova, a middle-aged former journalist from Kyiv now busy finding housing for IDPs and donations of money, clothes, medicine and food for the Ukrainian army, the lack of financing offers little excuse. Already, volunteers have supplanted the government for a response to Ukraine’s IDP crisis, she said.

“I do not care what the government is doing or not doing,” scoffed Makarova, who heads a group of about a dozen volunteers. “I am the government. We are all the government; each member of my team.”

But with another estimated 5 million people still living in eastern Ukraine, she and other volunteers question what more they can do if the cease-fire breaks.

“We are not able to stop it by ourselves, “ Makarova said of the exodus from the east. “We alone are not able to evacuate everyone who wants to leave during the shelling, when it starts again. We need help.”