The biggest problem area for Ukraine remains its judicial system, the report said. 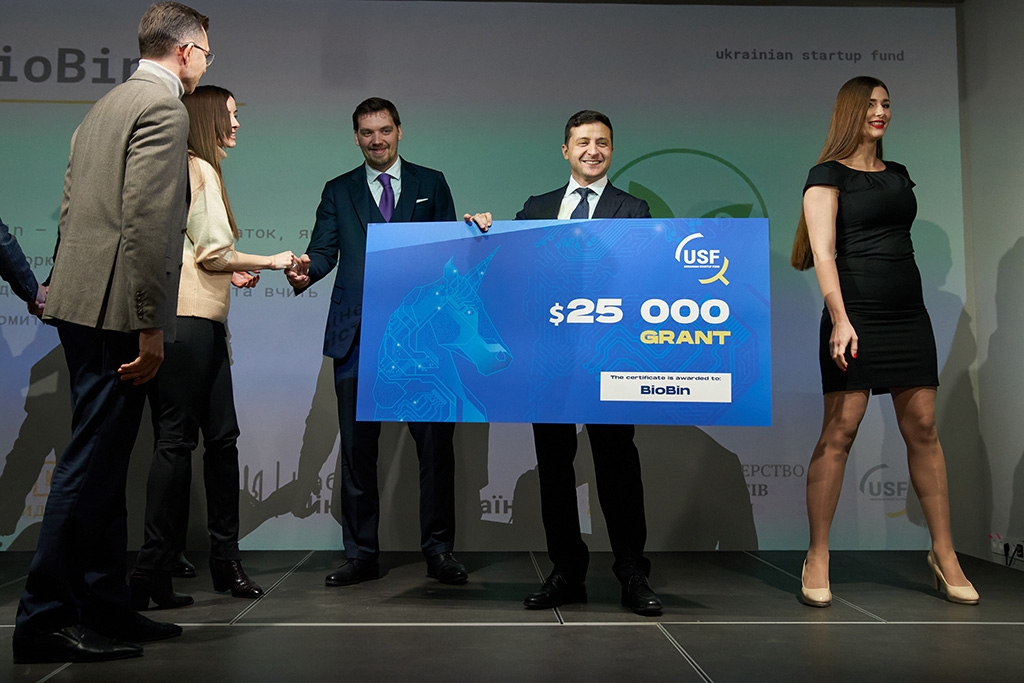 A catalyst for Ukraine’s improvement was the rise to power in 2019 of reform-minded President Volodymyr Zelensky. (president.gov.ua)

When it comes to embracing liberal values and practices among formerly Soviet states, Ukraine has made the most progress outside of the Baltics over the past two years, according to a new ranking compiled by a Washington, DC, non-profit. Kazakhstan, meanwhile, has slipped the most.

The Westernization Index 2020, published last month by the analytical group StrategEast, measures formerly Soviet states in five categories – politics, economics, legal climate, language and culture and lifestyle. Ukraine registered a 58.5 score out of 100, a 4.5 point increase over its total in the previous Index, compiled by StrategEast in 2018.

A catalyst for Ukraine’s improvement was the rise to power in 2019 of reform-minded President Volodymyr Zelensky. “The fact that key government offices are held by people who advocate Ukraine’s full integration with the EU and NATO can serve as an indirect indication of the country’s adherence to a Western trajectory,” the Index states in its breakdown of Ukraine’s score.

Ukraine’s rise also benefited from a two-point improvement in the lifestyle category. The introduction of visa-free travel to EU states, which paved the way for a significant rise in Ukrainian tourism to the West, was a major factor.

The biggest problem area for Ukraine remains its judicial system. “The country is in a group of states with medium adherence to the rule of law,” the Index stated, pointing out that acquittal rates in criminal trials are microscopic. For example, in criminal trials that ended in verdicts in Ukraine in 2018, 73,700 individuals received sentences while only 140 were acquitted, according to the Index.

Kazakhstan experienced the largest decline in the 2020 Westernization Index, dropping to a score of 35 out of 100, after registering 39.5 two years ago. A dismal performance in the “political westernization” category was the primary reason for Kazakhstan’s slip. A political transition in 2019, in which the country’s paramount leader, Nursultan Nazarbayev, relinquished the day-to-day authority of the presidency to Kassym-Jomart Tokayev, was accompanied by “severe restrictions on freedom of assembly, association and expression,” the Index noted.

Overall, the Westernization Index gauged 14 of the 15 formerly Soviet republics, excluding Russia. The group explains that its decision not to measure Russia’s performance is rooted in a desire “to draw attention to all other former Soviet countries.” Of the 14 countries measured in the 2020 Index, 10 made gains. Not surprisingly, Turkmenistan and Tajikistan joined Kazakhstan among the regressing states. The Baltic state of Estonia also fell half-a-point to 92.5 out of 100, compared with a 93 score in 2018. Even so, Estonia still sits atop the 2020 Index table.

According to its website, StrategEast is a tax-exempt, non-profit organization dedicated to promoting “the values of rule of law and private property protection in Eurasian and Baltic countries.” In addition to compiling analysis on the region, the organization undertakes activities that encourage a “transition from [a] natural resources-based to [a] knowledge-driven economy” among Eurasian states.