Kyiv appears fed up with Tbilisi’s excess of caution in its approach to Russia’s invasion. 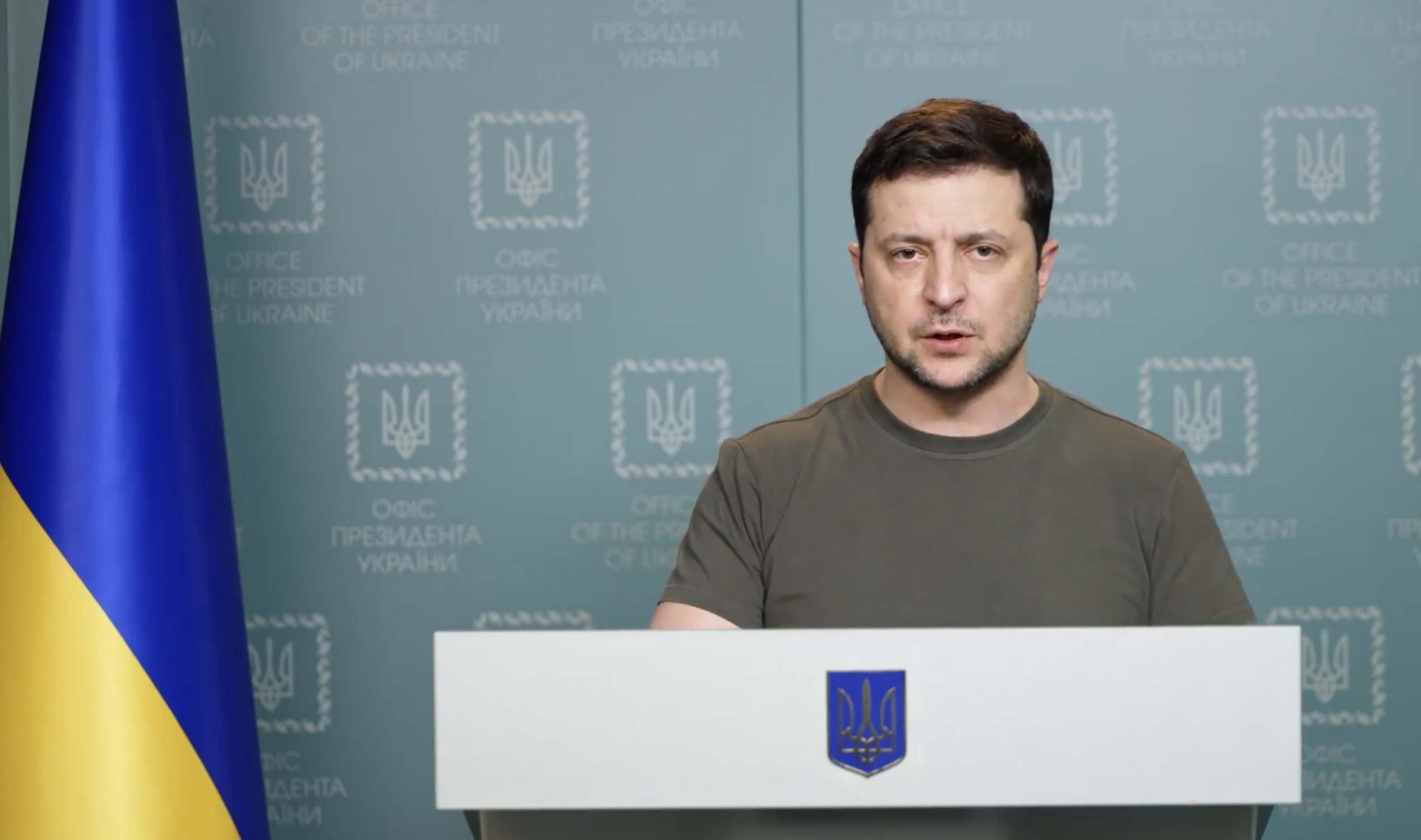 Ukraine recalled its ambassador from Georgia in a sign of Kyiv’s increasing impatience with Tbilisi’s cautious approach to the Russian attack on Ukraine.

Ukraine President Volodomyr Zelenskiy made the announcement in a March 1 video address, in which he accused Georgia’s government of “immoral behavior.”

“Our diplomats are implementing just and necessary decisions against the states that have betrayed their word and international law,” Zelenskiy said. He said Ukraine’s ambassador to Kyrgyzstan also was being recalled because of Kyrgyzstan officials’ statements “justifying Russia’s aggression against Ukraine.”

The final straw for the Ukrainians appeared to be the Georgian government’s apparent refusal to let a group of volunteer fighters and medics fly from Georgia to Ukraine.

The plane that was meant to carry the group from Georgia to Poland was not allowed to land in Tbilisi on February 28. “The Georgian government switched from supposed neutrality to collaboration with Mordor – the terrorist state of the Russian Federation,” said one of the would-be volunteer fighters, Davit Katsarava, leader of an amateur patrol group, Strength in Unity.

“Brave Georgian brothers are waiting in the airport to fly out and help Ukraine,” tweeted Ukrainian Prime Minister Denys Shmyhal late on February 28. He called on his Georgian counterpart Irakli Garibashvili to “show courage” and let the flight proceed.

“Freedom-loving Georgian people, help your prime minister make up his mind,” Shmyhal said in a follow-up tweet as the situation in Tbilisi airport dragged on.

The following day, the chairman of the ruling Georgian Dream party, Irakli Kobakhidze, defended his government’s stance as a pragmatic one. “Sending fighters to Ukraine means getting directly involved in the war,” Kobakhidze said. “The Georgian government had to act responsibly.”

The incident fed mounting dismay among many fervently pro-Ukraine Georgians who are increasingly fed up with their government’s excess of caution. Much of the anger is focused on Garibashvili, who has made a series of peremptory statements that ham-fistedly justify the government’s reticence to act against Russia.

“Considering our national interests and interests of the people, Georgia does not plan to participate in the financial and economic sanctions [against Russia],” Garibashvili said on February 25. He then curtly refused to discuss the war in a proposed special session in parliament. “I’m not going to go to the parliament. The parliament has its job, I have mine, and the war is going on in Ukraine.”

His words, and the government’s perceived indifference to the conflict overall, have drawn tens of thousands of Georgians out to a nightly series of huge rallies in the center of Tbilisi.

Zelenskiy has already criticized the government’s approach. In a February 26 tweet, he expressed gratitude to Georgian citizens for rallying in support of Ukraine. “Indeed, there are times when citizens are not the government, but better than the government,” Zelenskiy pointedly concluded.

But Garibashvili has stuck to his guns. “The Ukrainian capital is getting bombed and, as we see, nobody is able to stop it,” he said on February 28. “Let’s face it, sanctions are not an effective method.”

He went on to point out the economic benefits – amounting $12 billion annually, he said – that normal relations with Russia bring to Georgia. True to form, he has also been accusing the opposition of trying to heighten tensions between Tbilisi and Kyiv, and thereby to provoke a confrontation with Moscow.

But even Georgians who sympathize with the government’s need for delicacy in a crisis situation have been infuriated by the way the prime minister addresses the issue in language that they see as undiplomatic, cowardly, and out of touch with popular sentiment in Georgia.

“Nobody is asking you to become Zelenskiy, just shut up. Stop embarrassing us,” Ombudsman Nino Lomjaria wrote on Facebook. “Do you see this, Garibishvili?” said an elderly woman as she brandished a rolling pin in one video that has gone viral. “Is this what you want? Go back to where you came from.”

“You’ve irritated Ukrainian government to the point that they called back their ambassador,” said Giorgi Vashadze, the leader of the opposition party Strategy Aghmashenbeli, who traveled to Ukraine to offer support. “What on earth are you doing? Is anybody asking you to step up military rhetoric or start a war? You are only being asked to show solidarity, compassion and to call for peace. You are being asked to make sure that the Georgian people’s voice is heard.”