BP, which operates the pipeline to Georgia's Black Sea coast, says the shutdown is temporary and that in the meantime all oil exports are being rerouted through Turkey. 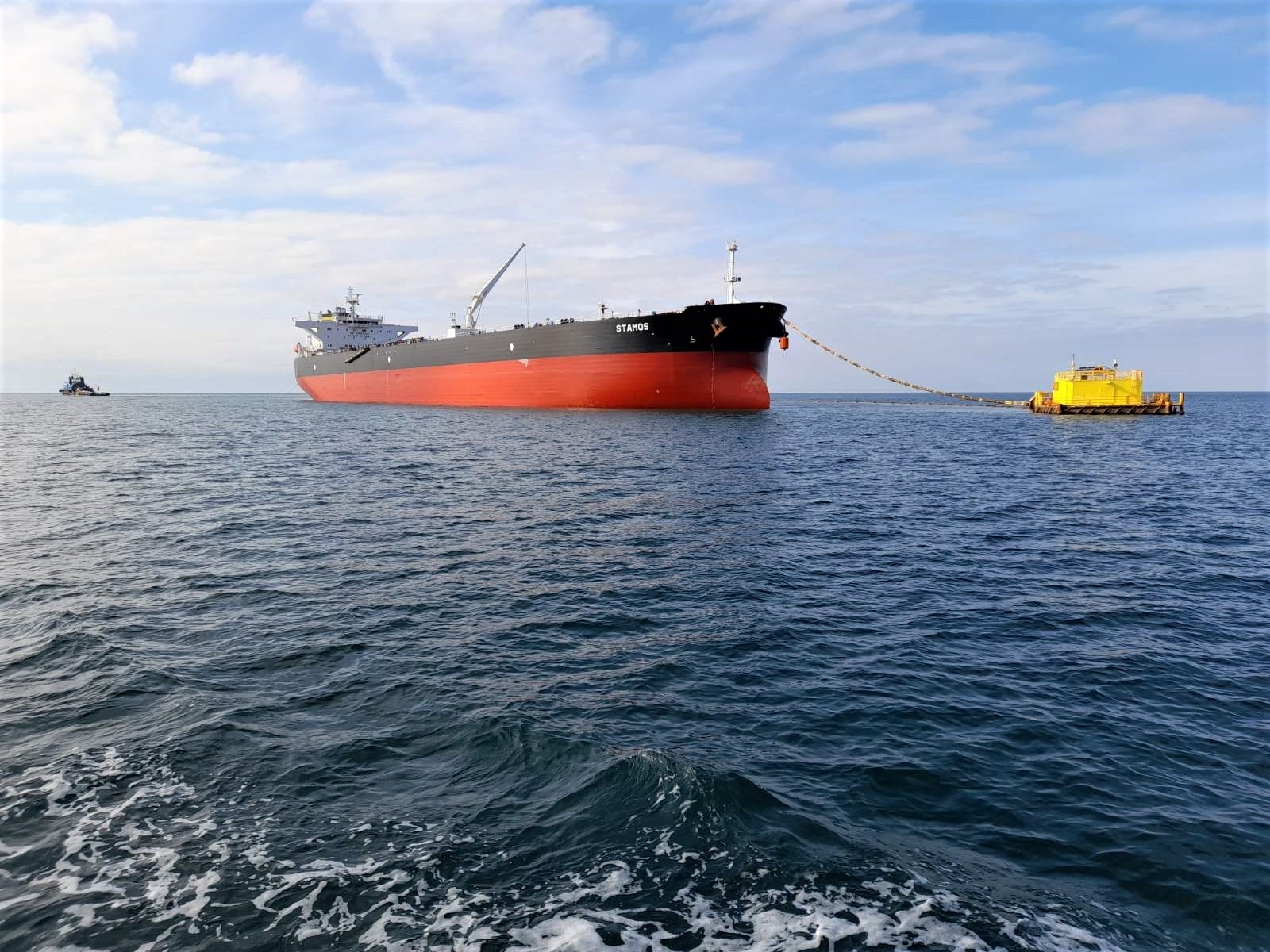 Azerbaijan's main oil producer, BP, has shut down the oil pipeline it operates to Georgia's Black Sea coast for the month of June due to concerns over the safety of oil tankers in the Black Sea.

BP described the closure of the Baku-Tbilisi-Supsa pipeline as "temporary" in a written response to queries from Eurasianet. The company also confirmed that the pipeline had previously been closed for extended periods from March 15 to the end of April, and then for the whole of May. It did not confirm when or if it expects the pipeline to open again.

The company said that in the meantime it would be rerouting the crude oil exports that would have gone to Supsa via another route, through the Baku-Tbilisi-Ceyhan (BTC) oil pipeline to Turkey’s Mediterranean coast.

BP did not directly confirm that the closure was due to the ongoing war in Ukraine but said that the closure was "a precautionary measure" in case "safety concerns" led to a shortage of tankers entering the Black Sea to collect Azerbaijani crude from the pipeline's terminal at Supsa.

Commercial shipping in the Black Sea has been significantly disrupted by the war in Ukraine. There have been multiple reports of mines placed by Ukraine to protect its coast having broken free and now presenting a danger to vessels in the sea.

BP's confirmation was the first time that an official source has confirmed that Azerbaijan's energy exports have been affected by the war in Ukraine.

The UK-based oil giant is Azerbaijan's biggest oil producer. The country produced 11.1 million tons of oil over the first four months of this year, of which 77 percent was produced by BP and the rest by Azerbaijan's state oil company SOCAR, according to data released in May by Azerbaijan's energy ministry.

Rerouting exports from Supsa on the Black Sea to Ceyhan on the Mediterranean should be a relatively simple transition.

The BTC pipeline can transit up to 60 million tons of oil a year but has been operating at or around half capacity for some years now; last year it carried only 26.4 million tons.

The Baku-Supsa pipeline is much smaller, capable of carrying only around 7.2 million tons a year and last year carried only 4.2 million tons.

Although the oil that would have been transported through the Baku-Supsa line can be easily accommodated by the BTC pipeline, it nevertheless comes at a cost.

At 1,768 kilometers, BTC is more than double the length of Baku-Supsa, a difference reflected in the fee charged by the pipeline operators.

Turkey’s state pipeline company Botas in January 2021 hiked the transit fee for its section of the pipeline alone from $0.55 per barrel of oil to between $1.50 and $2. And that does not include the charges from Azerbaijan and Georgia.

Transit through the Baku-Supsa pipeline, meanwhile, costs only $0.42 per barrel.

That higher cost, though, appears unlikely to impact sales of Azerbaijani crude oil.

The ban on imports of Russian crude announced by the European Union on May 31 is expected to lead to greatly increased demand for non-Russian crude and a corresponding spike in oil prices.