Kazakhstan relies on Russia to export most of its crude oil. Buyers are wary. 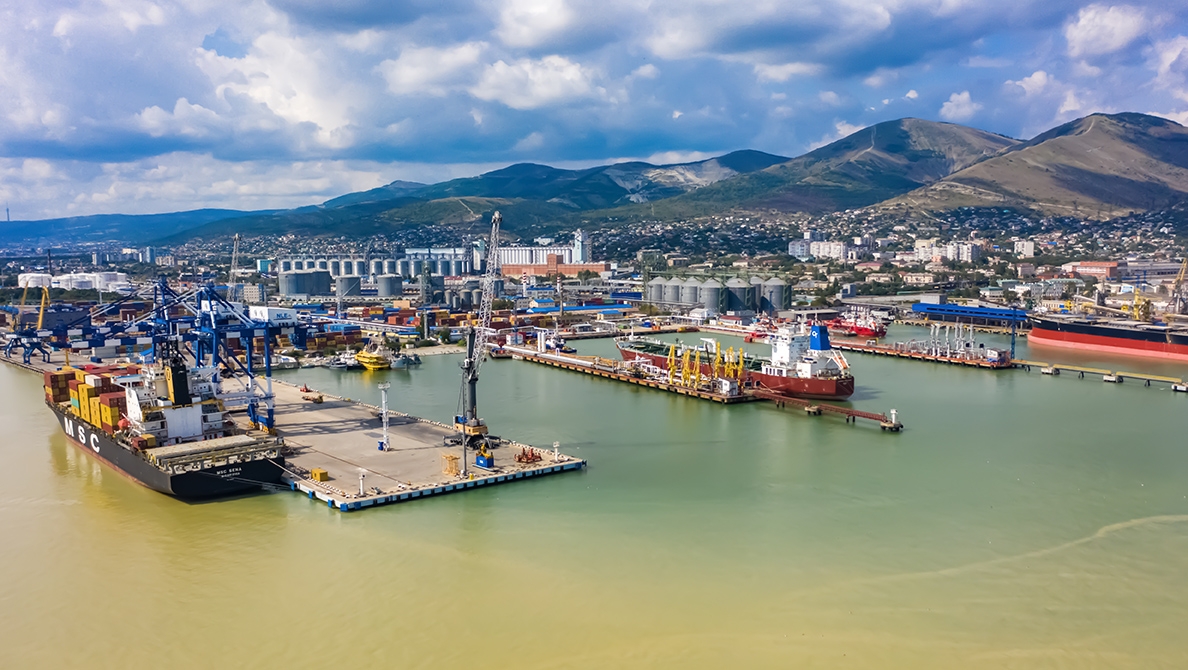 Kazakhstan is struggling to get its oil to market without shipping through the Russian port of Novorossiysk. (Shutterstock)

Kazakhstan is facing economic crisis as the war in Ukraine threatens crude oil exports, which alone account for around 14 percent of GDP and 57 percent of exports.

The bulk of these oil exports pass through a pipeline from Kazakhstan’s western oil fields through southern Russia to Russia's Black Sea oil terminal at Novorossiysk. The pipeline, owned by the Caspian Pipeline Consortium (CPC), can handle around 60 million metric tons a year.

At just 200 kilometers from the Ukrainian port of Mariupol, where some of the fiercest fighting is underway, Novorossiysk is close enough for oil tankers to incur a "war risk insurance premium," which according to energy news agency S&P Global Platts has been high enough to deter buyers since the Russian invasion of Ukraine began last month.

Platts reported that shippers have been cancelling scheduled bookings to collect tanker loads of crude from Novorossiysk.

One of the main destinations for crude exported from the terminal is the Ukrainian port of Odessa where it is fed into a pipeline network to Europe. With Odessa expected to come under Russian bombardment within days, that route is effectively closed.

Production at Kazakhstan's giant Chevron-operated Tengiz oil field and oil flow through the CPC pipeline is continuing as normal, although thanks to the "war risk" the price of Kazakh crude has fallen, despite global oil prices soaring to their highest since 2008.

Unfortunately for Kazakhstan, the risk is not confined to the physical danger posed by the conflict.

Around 10 percent of the crude oil carried by the CPC pipeline comes from oil fields in the Russian sector of the Caspian, which is blended with the Kazakh crude. With the U.S. and EU discussing a ban on Russian oil imports, buyers are wary of being left with a tanker full of crude they would be unable to deliver.

The pipeline’s ownership too could pose problems. The Russian section is operated by CPC-R – a company headquartered in Moscow – while the pipeline itself is owned by a consortium in which Russian state firm Transneft holds 24 percent and subsidiaries of sanctioned Russian oil giants Lukoil and Rosneft together hold another 20 percent. Currently it is unclear whether this will subject the pipeline to direct sanctions.

Flow of Kazakh crude to Novorossiysk may be continuing for now, but storage tanks at the terminal have the capacity to hold only about eight days of flow at full capacity. Once full, flow will have to halt which in turn would force a cut in oil production at Kazakh fields.

Kazakhstan does have alternative export routes, but none could make up for the losses incurred if the CPC shuts down.

Up to a quarter of Kazakh crude is exported via other Russia pipelines including the 4,000-kilometer Druzhba network that supplies refineries across eastern Europe and as far west as Germany, although that route also faces closure if the European Union opts to ban oil imports from Russia.

Kazakhstan also has an eastern export route, a pipeline to China capable of carrying 20 million metric tons per year, or about one-third the CPC’s capacity.

That line too carries crude oil from Russian fields which if blocked would leave more capacity for Kazakh exports.

Another option for Kazakh oil producers could be the Baku-Tbilisi-Ceyhan pipeline from Azerbaijan through Georgia to Turkey's Mediterranean, which already carries some Kazakh crude.

The route, which has a maximum capacity 50-million tons per year and involves transporting the oil across the Caspian by tanker to Baku, is logistically more complex and hence more expensive to utilize than the CPC pipeline.

The more so since January 2021 when Ankara hiked its transit fee from $0.55 per barrel to between $1.50-$2.00 per barrel. The reason for the price hike is unclear but the volume of crude transited through the line last year was down around 4 percent compared to 2020 – despite increased demand for oil products as the COVID-19 pandemic eased – and down by 22 percent on 2018.

Data from Turkey's state pipeline operator Botas, which operates BTC, shows that flow through the line last year was only 55 percent of capacity, leaving 22.5 million tons of capacity unused – sufficient for a sizeable chunk of Kazakh exports currently going to Novorossiysk.

Azerbaijan's state oil company SOCAR, which is a major shareholder in BTC and which manages the existing transit of Kazakh crude, said on March 4 that "currently" no extra Kazakh volumes were being exported.

Managing the transfer of exports to from one pipeline to another is likely to be fraught with legal, commercial, and logistic technicalities; a significant increase in Kazakh exports to Ceyhan won't be achieved overnight.

According to BP, another major shareholder in BTC, the Kazakh oil currently exported through the line is blended by SOCAR with other crudes from Turkmenistan and Russia.

Neither SOCAR nor BP replied to requests for further comment.

To date Azerbaijan, Georgia and Turkey, through which the pipeline passes, have all stated their opposition to imposing any sanctions of their own on Moscow.

*Correction: Due to an editing error, this article previously stated that the pipeline to China is capable of carrying 20 metric tons of crude per year; it has been corrected to 20 million tons.