Ukraine: Young Entrepreneurs Taking Matters into Their Own Hands 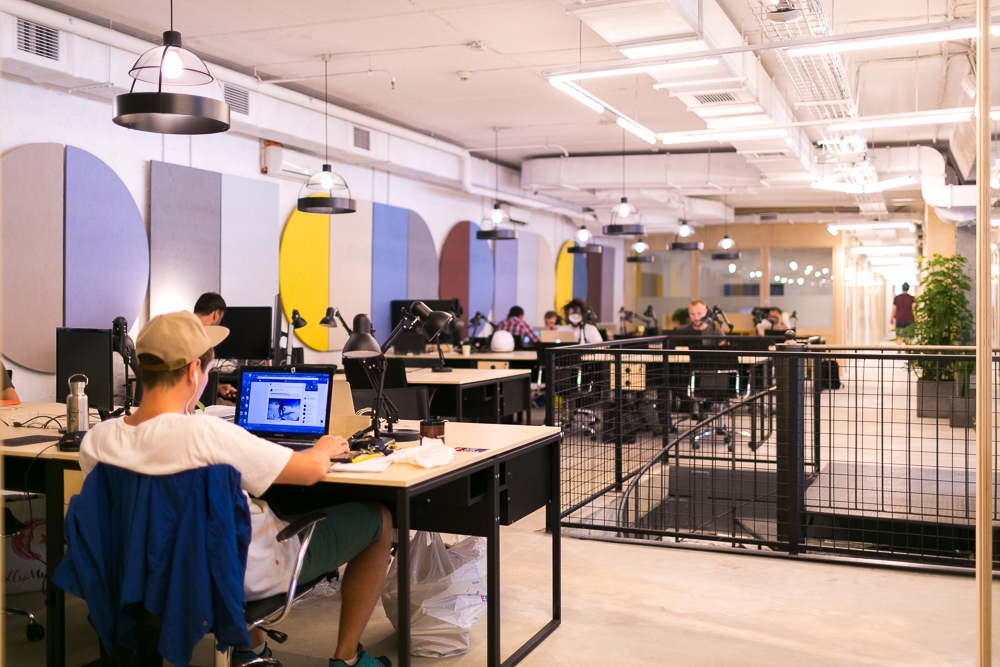 Art Factory Platform, a decommissioned industrial complex transformed into a creative co-working space, is teeming with young professionals during the week, and nearly every weekend the sprawling grounds host various kinds of events – from coffee and street food festivals to art exhibits and performances by hip-hop dancers. (Photo: Art Factory Platform)

While the ongoing conflict in eastern Ukraine and the broader Russia-West standoff continues to attract attention, a potentially significant transformation is quietly unfolding in Kyiv.

This transformation is happening at the grassroots level, and it is primarily driven by young Kyiv residents. It is a cultural and creative renaissance of sorts, and it could be a sign of important economic and political changes to come in the embattled country.

Walking the streets of central Kyiv, it is difficult for anyone familiar with Ukraine’s capital not to notice a different look and feel since the EuroMaidan uprising in early 2014. A feeling of normalcy now prevails in the city center, with virtually all traces of the tumult that engulfed Maidan Square two years ago having disappeared.

At the same time, a palpable sense of national pride can be felt throughout the city. Ukrainian flags have become much more prevalent, as have EU flags. And most signs of Ukraine’s association with Russia, or the Soviet Union before that, have been purged: gone are the Lenin busts and KGB flasks sold at Kyiv’s souvenir stands. Anti-Putin and Azov battalion memorabilia are now all the rage.

But other, more subtle changes are going on, especially in the cultural sphere. Street art has proliferated, as have outdoor concerts and performances. Take a stroll down the Khreshchatyk on a Saturday evening, and you are liable to hear at least a half dozen different bands playing everything from the Beatles to Ukrainian folk music.

Despite the fact that Ukraine has experienced significant economic upheaval since the separatist rebellion in Donbas and Russia’s annexation of Crimea, quite a few new businesses have sprung up in Kyiv over the past two years.

This creative and commercial transformation is not limited to central Kyiv. In the Levoberezhnaya neighborhood, located in the drab, eastern outskirts of the city, a decommissioned industrial complex has been transformed into a creative space called the Art Zavod Platforma, or Art Factory Platform. The factory-turned-co-working space is teeming with young professionals during the week, and nearly every weekend the sprawling grounds host various kinds of events – from coffee and street food festivals to art exhibits and performances by hip-hop dancers.

Just as the Ukrainian government is looking westward toward the European Union, so too are many new businesses in Kyiv striving to emulate European operating practices.

Misha Dashkevych, a 20-something who works at Art Zavod Platforma as the head of marketing and advertising for Nuare coffee, a vendor active during the site’s weekend events, says that “The revolution in 2014 was a turning point for all Ukrainians, and Ukrainian business as well.”

“We can say that Ukraine has become closer to Europe and our companies have a good example to follow,” Dashkevych added.

Information technology is playing an important role in Kyiv’s grassroots transformation. Mikhail Stepanskiy, a native Kyiv resident in his 30s, is the co-owner of Kidappers, which produces educational and interactive storybooks for kids in the form of apps, and which is based at Art Zavod Platforma. One of Kidappers’ projects – called SON of the SUN and WIZARD LIZARD – is designed to establish a “good moral foundation for kids in a fun, informative and interactive way,” Stepanskiy said. He added that his firm is “strongly interested in not only Ukraine, but also the EU as a market.”

While the Ukrainian government’s efforts to move closer to the EU have encountered lots of pitfalls – from the Dutch vote against Ukraine’s EU association agreement to Russia’s ongoing efforts to destabilize the country – modernization efforts are doing a better job at gaining traction in the entrepreneurial sphere. Young businessmen like Dashkevych and Stepanskiy say they are generally optimistic about the growth potential for their respective companies.

Still, Ukraine as a whole remains burdened by its status as a geopolitical battleground. The war in eastern Ukraine has taken more than 10,000 lives since 2014. The reform efforts by the government in Kiev have been mixed at best, and corruption is still a major issue in Ukraine.

In the meantime, daily life for most Ukrainian citizens continues to be a struggle, and many in the country are worse off economically than they were before the EuroMaidan events. Prices for food and utilities have increased, while for most people wages have not kept up with inflation.

Yet these broader constraints have not stopped a rising class of young entrepreneurs, artists, and musicians from starting to reshape Kyiv. Tired of waiting for reform to trickle down from above, the younger generation is taking matters into its own hands, and is building new ventures from the bottom up.

This is a sharp break from Ukraine’s centralized, Soviet-era past, and it could prove an important element in shaping the country’s future.

Eugene Chausovsky is a Senior Eurasia Analyst at Stratfor [www.stratfor.com].

A brief history of corruption in Ukraine: the Kuchma era