Independent Ukraine has held only one census, almost 20 years ago. 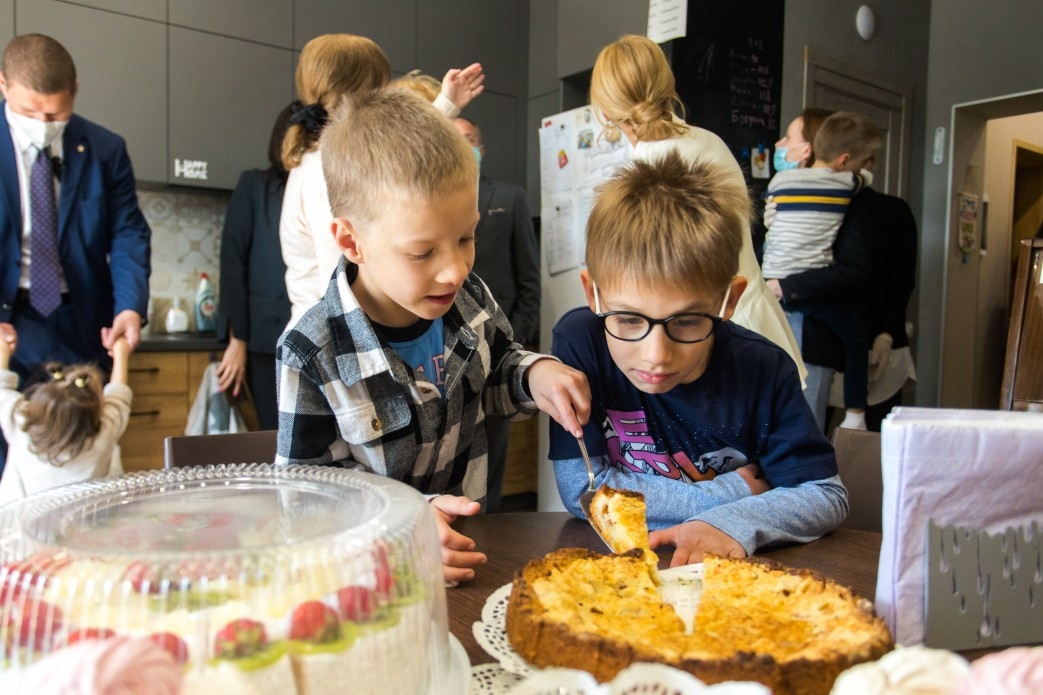 No matter how you slice it, Ukraine’s population is a mystery. (president.gov.ua)

In well-functioning democracies, a census is a regular, if painstaking exercise that generates data to help shape public policy. In Ukraine, the census has repeatedly proven an exercise in futility.

The Ukrainian government this spring officially abandoned the latest attempt to carry out a census, the results of which had originally been due for release in late 2020. The cabinet official overseeing the process said Ukraine could no longer afford the expense of a census at a time when the COVID-19 pandemic was punching a massive hole in the state budget.

"We do need to conduct the census, but it is very expensive,” explained Oleg Nemchinov, who has served as Ukraine’s minister of the Cabinet of Ministers since March, in comments carried by local media. In 2019, the government allocated the equivalent of $127 million to conduct a census. Nemchinov estimated that coronavirus would cost Ukraine at least $2.4 billion.

Nemchinov added that a fresh attempt at conducting a census would likely not be made before 2022. Independent Ukraine’s first, and, to date, only census was held in 2001.

Ukrainian experts contend that the 2020 census attempt had already gone off the rails even before the pandemic hit. They assert methodological changes embraced by authorities at the outset of the process ensured that the census wouldn’t produce much useful data.

In late 2019, the minister responsible for overseeing the census, Dmytro Dubilet, announced a revolutionary change to the data-gathering process. The 2001 census had relied on direct responses from citizens, compiled mainly via in-person interviews. Dubilet said this in-person method would be too costly to implement at a time when Ukraine’s budget was stretched thin.

The new methodology instead relied heavily on electronic data scraping from such sources at cellular phone records, municipal registries, pension rolls and other public records. Fittingly, Dubilet announced the changes in a Facebook post.

At a news conference in early 2020, Dubilet estimated that the electronic methodology could save the government up to $112 million of the allocated $127 million for the census, potentially an 88 percent savings. Based on preliminary data, he added, Ukraine’s population, excluding the occupied regions of Crimea and Donbas, was 37.29 million as of December 1, 2019.

From the start, experts expressed skepticism about the ability of electronic data scraping to create reliable statistics that could be used to guide government decision-making in economic, social and educational policy.

“This is not a census, but a population count,” Irina Bekeshkina, a prominent sociologist who headed the Demographic Initiatives Foundation in Kyiv, told news outlet Media Sapiens in February. Bekeshkina died in March at a time when the pandemic was tightening its grip in Europe.

Tymofii Brik, a sociologist at Kyiv’s School of Economics, considers the exercise a waste of money. He said the preliminary population estimate presented by Dubilet in early 2020 aligned with information already available to demographers in 2019.

“The whole idea behind a census is to collect multi-variable data at the level of households,” Brik told Eurasianet by email. “This data should tell you something about the size of a household, gender distribution, occupations and perhaps religious/language practices; also censuses are supposed to be at the level of small entities (households, villages, cities, municipalities, etc.). This did not happen [with the electronic data-scraping method].”

Brik contends that the methodological change is a missed opportunity for Ukraine. “The Ukrainian government is losing way more from not having robust, fine-grade data at the level of households,” he said.

The formulation of effective “migration, labor, social, pension, cultural policies are not possible without such data,” he added. “Also, we are limited in our research opportunities.”

The 2001 census pegged Ukraine’s population at 48.46 million. Since then, the country has tried multiple times to conduct another census, but economic troubles, political dysfunction and civil strife have disrupted plans.

Based on the 2020 population estimate, which most demographers agree is a reasonable figure, Ukraine seems to have lost over 11 million in population over the past two decades. But officials and experts alike stress that this year’s population estimate doesn’t take into account those living in Crimea, which was forcibly annexed by Russia in 2014, and separatist-controlled areas of the Donbas, where a Moscow-backed conflict continues to fester.

Demographer Oleksandr Gladun asserts that another flaw in the government’s 2020 approach was that electronic data-scraping didn’t cover labor migrants. Data compiled in 2019 indicated that 3.2 million Ukrainians were working abroad that year.

As for obtaining census data about Crimea and the Donbas, territories over which Ukraine continues to claim sovereignty but which are essentially under Russian control, there are no easy solutions. Since taking the Crimea Peninsula, Russia has aggressively promoted a demographic shift, in which Russians from other parts of the Russian Federation have been encouraged to move to the peninsula, while ethnic Ukrainians and Crimean Tatars have faced pressure to leave.

A proposal floated by Dubilet in the spring of 2020 to try to establish population estimates for Crimea and Donbas based on data gleaned from satellites was roundly derided as impractical and of limited use.