Kyiv has long taken a pro-Azerbaijan position vis-a-vis the conflict with Armenia. Now officials say that Armenia and Russia are using the blockade to try to steal attention from Ukraine. 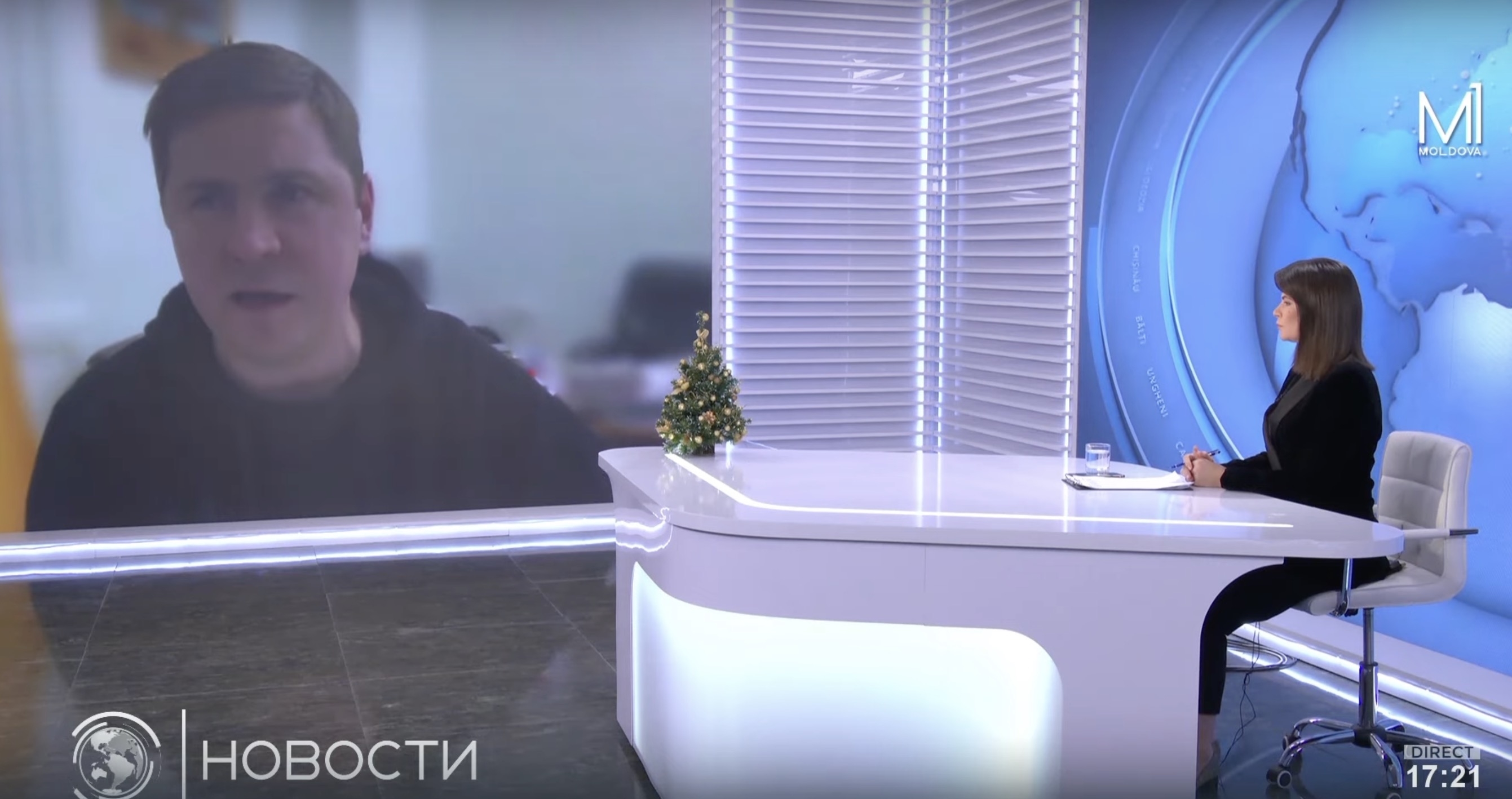 A senior Ukrainian official has said that the impact of Azerbaijan’s blockade of Nagorno-Karabakh is being exaggerated as a Russian effort to distract the world’s attention from the war in his country.

In an interview with the Moldovan public broadcaster, Mykhailo Podolyak, an adviser to Ukrainian President Volodymyr Zelenskiy, said that the blockade was being “pumped up” in order to “distract attention from the war in Ukraine and redirect it to other conflict spots so the whole world looks there.”

In the interview, the Moldovan presenter framed the blockade in Karabakh as a Russian plot. “Some experts” say that Russia is preparing a “Crimea scenario” for Karabakh, she said to Podolyak, suggesting that the territory’s new de facto leader, Russian-Armenian billionaire Ruben Vardanyan, was sent from Moscow for the purpose.

While Armenian sources claim that 120,000 ethnic Armenians are living in Nagorno-Karabakh, “in fact it’s three times smaller,” the presenter claimed, saying that Russian President Vladimir Putin used the same tactic of distorting population sizes as part of the process of seizing control of Crimea and other parts of Ukraine.

Podolyak agreed, saying there were three reasons the issue was being exaggerated. Beyond deflecting the world’s attention, another “goal” was that “Russia one way or another wants to return its dominant position” and “demonstrate that only it can mediate to resolve conflicts like this.” Russia also was using the issue of the blockade, “at the expense of reigniting the conflict,” in order to put pressure on Azerbaijan and its ally Turkey “to make them more pro-Russian.”

There is much to dispute about Podolyak’s analysis of the situation. Most significantly, it elides Azerbaijan’s own agency in launching the blockade, which it did via a group of government-supported protesters on December 12. And Russia’s ambitions of dominance have only suffered as the blockade has dragged on, as the Kremlin and the Russian peacekeepers on the ground have proven incapable of resolving the situation.

But Podolyak’s reading of the conflict was echoed in a number of other officials’ statements at around the same time. Lyudmila Marchenko, a member of parliament in Zelenskiy’s Servant of the People party who has long supported Azerbaijan, gave several interviews in which she made many of the same points.

“As an ally of Russia, Armenia is using similar methods to maintain control over Nagorno-Karabakh that Russia does for control over Crimea,” she said in one interview. “Raising the estimates for the quantity of people living in these territories, Vardanyan speaks about 120,000 residents, but by objective assessments there are 40,000 people there.”

Another MP from a different party, Igor Popov, wrote an article at the same time also taking issue with the population estimates, and denying altogether that there was a blockade. “Azerbaijani activists are not preventing the transit of civilian and humanitarian transportation,” Popov wrote. “But the leadership of unrecognized Karabakh is using the situation to show shortages of food and the threat of a ‘humanitarian catastrophe,’ and blaming Azerbaijan and the activists for it.”

Ukraine's Ministry of Foreign Affairs has not made any comment on the ongoing blockade, even as Kyiv's allies in the United States and the European Union have called on Azerbaijan to lift it.

In their focus on the population estimate question, too, the Ukrainian officials have adopted a dubious position on a fraught political dispute. While Armenians stand by the figure of 120,000, Azerbaijani officials have been claiming a figure as low as 25,000.

While there are no reliable counts of the current population of Karabakh, which was estimated at about 150,000 before the 2020 war, it is likely currently well under 120,000 but well over 40,000. During the war well more than half the population fled and it was uncertain how many had returned, though residents believed the official figures were inflated. Still, the pre-war population of Stepanakert was officially 55,000, and residents report it remains significantly more crowded now after people from parts of the territory retaken by Azerbaijan in 2020, including the cities of Hadrut and Shusha, fled there.

Ukraine has long taken a pro-Azerbaijan position vis-a-vis the conflict with Armenia. The conflicts share some common patterns, as Armenia and Russia have forcibly taken Azerbaijani and Ukrainian territory, respectively, with the purported aim of unifying their ethnic kin on that territory. And since the Russian invasion early last year it has not shied away from a take-no-prisoners approach to politics in the Caucasus as it aims to weaken Russia on every possible global front. This has been most notable in Georgia, where Kyiv has openly supported the political opposition and accused Tbilisi without evidence of evading international sanctions against Russia. Several officials have repeatedly called on the Georgian government to open what would amount to a “second front” in the war, against the Russia-backed breakaway regions of Abkhazia and South Ossetia.

But unlike in Georgia, where every statement from Kyiv about Georgia invariably becomes the subject of fierce debate and recriminations, the Ukrainian interventions in the Armenia-Azerbaijan conflict have barely been noticed. None of the comments from any of the officials mentioned above were reported in the Armenian media, though some (particularly Podolyak’s) got coverage in Azerbaijani media and social media.

Ukraine’s position on the Armenia-Azerbaijan conflict has largely been reciprocal, with Armenians offering significantly less support to Ukrainians than many other countries have. At least on the popular level, though, that may be changing, as opinion polls have recorded a significant drop in Armenians’ support for Russia since the war began.

Note: This post has been edited to clarify the positions of Ukrainian officials to the Georgian government's position on the war.