In the wake of the reported diplomatic breakdown, accounts have varied over how much credit – or blame – to assign to Azerbaijan, Russia, and France. 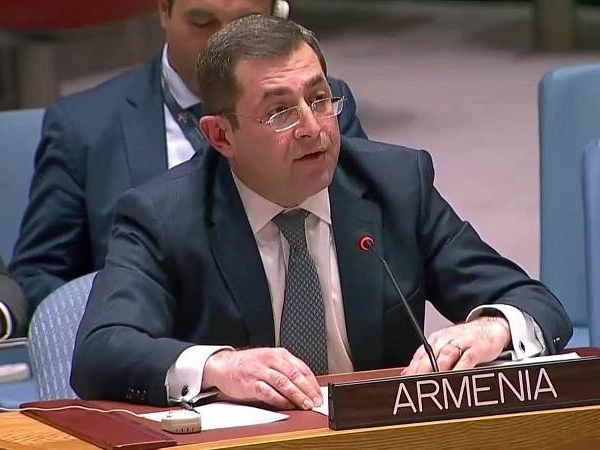 Efforts to get the United Nations Security Council to issue a joint statement on the ongoing de facto blockade of the Armenian population of Karabakh have reportedly failed, setting off a chain of claims and counterclaims about who was responsible.

Accounts from both Armenia and Azerbaijan have reported that Armenia, with the help of France, was trying in the last days of 2022 to get the Security Council to issue a press statement condemning Azerbaijan for the blockade.

On December 31, Azerbaijan’s ambassador to Brussels reported in a tweet that “Today France lost another battle to Azerbaijan in [the] UN Security Council in a failed attempt to push [a] biased pro-Armenian UNSC statement” on the situation around the Lachin Corridor, the only road connecting the Armenian-populated region of Nagorno-Karabakh to the outside world.

That road has been effectively closed since December 12, when a group of government-backed activists launched a protest. The resulting standoff has halted nearly all traffic on the road since then, virtually blockading the population and interrupting supplies of food and other basic necessities to the territory.

Azerbaijan denies that it is blockading the territory but the United States, European Union, and other bodies have called on Baku to restore traffic on the corridor.

On the initiative of Armenia and France, the Security Council held a December 20 public meeting on the issue, in which several members of the body called for the road to be opened.

Following the meeting, Armenia and France had continued to get the body to issue a joint press statement. But an Armenian news site, Factor TV, reported (citing unnamed “diplomatic sources”) on December 30 that the effort failed after long negotiations when Russia introduced several amendments at the last minute, “knowing very well that they would not be accepted by the other members, which in fact happened.”

An Armenian foreign ministry official, speaking on condition of anonymity, told Eurasianet that the Factor story was “quite an accurate description of what happened."

Baku’s ambassador to Brussels, Vaqif Sadiqov, also credited Russia (in part) for helping to sink the resolution. “Words of gratitude go to Albania, Russia, UAE & UK!” he added in his tweet. It wasn’t immediately clear what the other mentioned countries did to warrant Baku’s praise, and Sadiqov did not respond to a request for clarification.

The story from Baku differed in significant ways, however, from the Armenian account. A piece on the news site Caliber.az, associated with the Azerbaijani Ministry of Defense, wrote that over 10 days of negotiations the statement had repeatedly been amended by “Baku along with its partners” (it credited the same four countries as Sadiqov did). “The initially pro-Armenian draft statement was greatly changed by our diplomats and the French had to abandon their original idea!”

In the wake of the 2020 Second Karabakh War, France has taken an increasingly pro-Armenia stance, making it a popular target for Baku. Caliber’s piece was headlined: “A perfect year end: Azerbaijan’s another victory over France in UN Security Council.”

A senior Russian diplomat, meanwhile, also disputed the Armenian account – and instead pointed the finger at France for scuttling the Security Council statement. Dmitriy Polyanskiy, Russia’s deputy permanent representative to the UN, wrote on his Telegram channel that reports blaming Russia were “absolutely false,” linking to the Factor story.

Russia “from the very beginning was working constructively to work out a Security Council reaction,” Polyanskiy wrote in his December 31 post. “At Yerevan’s request this process was coordinated by the French, who ignored the overwhelming majority of our suggestions … the unscrupulousness of France’s approach is evident.”

“Unlike Western countries we are working to resolve the conflict in deed, not in words, including around the Lachin Corridor” he wrote. “The Russian peacekeepers are ensuring security and in contact with the sides are seeking solutions to the disputed issues.”

Paris seems poised to continue to try to get action out of the Security Council. In her New Year’s message, the French ambassador to Yerevan, Anne Louyot, wrote that “France hopes that the UNSC will continue to exercise its authority on this issue and, given the situation, that it will be able to speak with one voice on this subject for the first time in many years.”