Under 'reformist' president, Uzbekistan continues to jail thousands of Muslims 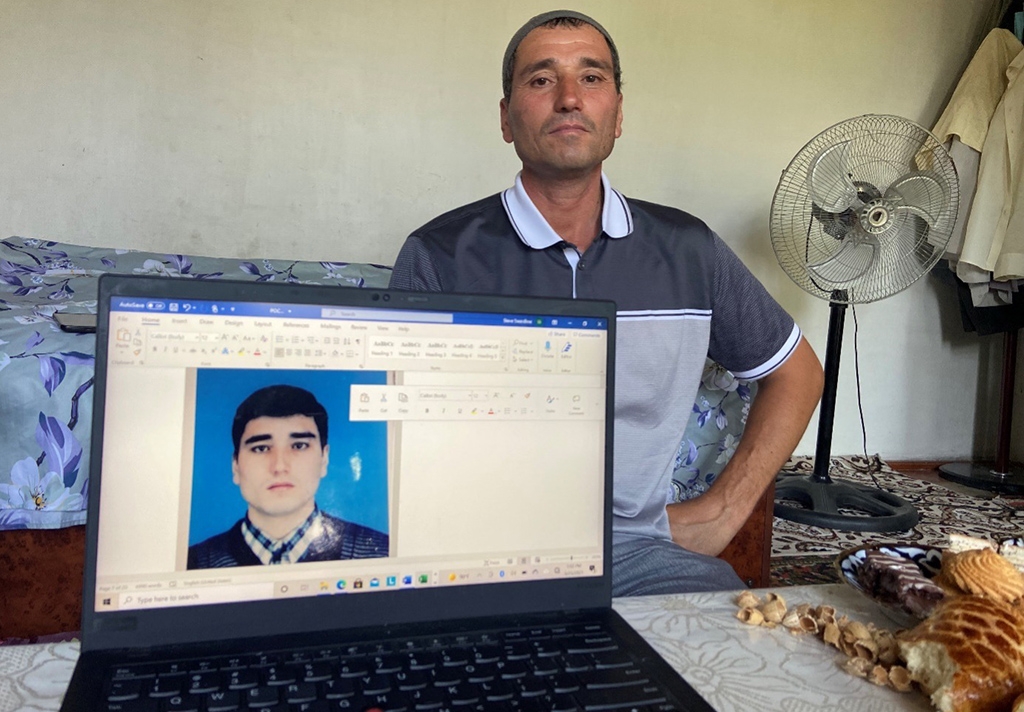 Habibullah Madmarov, imprisoned from December 1999 through June 2021, served more than 21 years on fabricated extremism charges. This photo shows him shortly before arrest (on laptop) and just one week after his release in July 2021. (Steve Swerdlow/used with permission)

Uzbekistan has been on a charm offensive since long-time dictator Islam Karimov died five years ago. The new president, Shavkat Mirziyoyev, donned the image of reformer and has released some political prisoners. Washington duly dropped Uzbekistan from a religious-freedom watch list in 2020, determining that it no longer engaged in or tolerated “severe violations of religious freedom.”

But an October 13 report alleges that Mirziyoyev is perpetuating some of Karimov’s darkest habits: Thousands of peaceful religious people continue to be held after decades in prison, often on spurious charges, and tortured, says the United States Commission on International Religious Freedom (USCIRF), an independent federal watchdog.

USCIRF estimates that about 10 percent of Uzbekistan’s prison population – some 2,200 people – continue to be held “on vague and overbroad charges of ‘attempting to overthrow the constitutional order,’ possession of banned literature, or membership in banned groups in violation of [Uzbekistan’s] binding international obligations.”

“Notwithstanding some improvements in Uzbekistan’s record on religious freedom under the presidency of Shavkat Mirziyoyev, imprisonment of persons on religiously and politically motivated charges in Uzbekistan remains widespread,” says the 95-page report, which profiles 81 prisoners currently being held for their religious beliefs.

The report was authored by Steve Swerdlow, a seasoned researcher for Human Rights Watch who now teaches at the University of Southern California. Over the course of a year, Swerdlow conducted more than 113 interviews with relatives of prisoners, lawyers, recently released prisoners, and government officials. The results paint a blistering portrait of a system that locks up people on flimsy allegations, routinely employs torture, and lengthens sentences for prisoners “in violation of fair trial standards.”

Uzbekistan currently incarcerates more peaceful religious believers than all other post-Soviet states combined: “Vast numbers of Uzbekistan’s remaining religious prisoners are serving lengthy criminal sentences based solely on alleged membership in banned groups, without credible evidence of involvement in or connection to violence or other criminal activity.”

Many are members of Hizb ut-Tahrir, an international movement banned throughout the former USSR, though it has never been tied to violence.

“Each year, dozens suspected of membership in Hizb ut-Tahrir are arrested. As in the earlier Karimov period, authorities continue to criminalize suspected adherents of Hizb ut-Tahrir and other banned groups based on their purported ideas rather than evidence of involvement in violence or attempted violence.”

In March, Mirziyoyev signed legislation extending criminal sanctions to social media platforms. A few months later, a new-look Religion Law adopted without public scrutiny left many Karimov-era restrictions in place, much to the dismay of faith advocacy groups. The USCIRF report expresses “serious concern that such provisions further restrict religious freedom and free expression and could be used to further imprison independent Muslims and others.”