The poet was executed in 1938, and the whereabouts of his remains had been unknown until an Azerbaijani-Russian oligarch claimed to have found them. 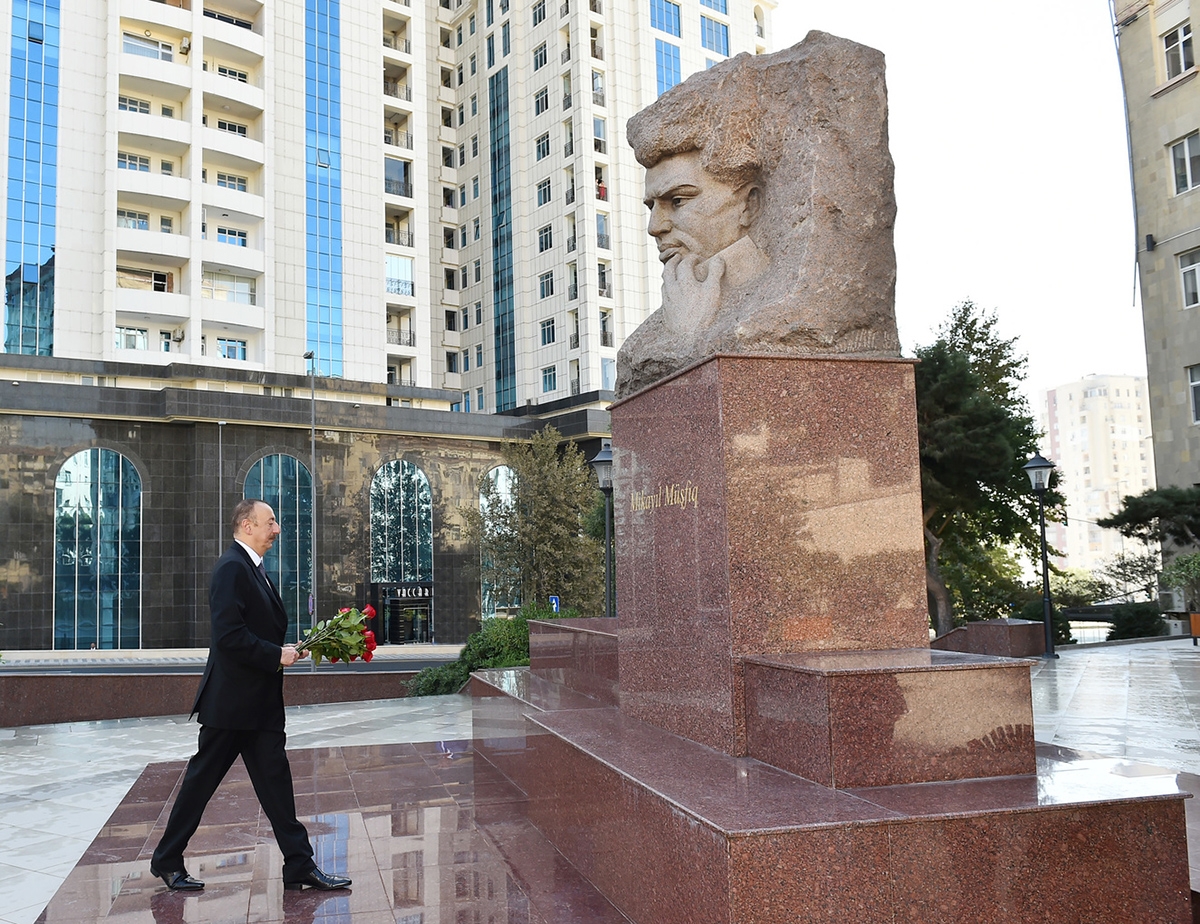 The reported discovery of the remains of a Stalin-era Azerbaijani poet has spurred a struggle between the government, a prominent Azerbaijani-Russian oligarch, and a mud-slinging journalist. The uproar has ultimately forced President Ilham Aliyev to personally oversee an investigation into the findings.

The poet, Mikayil Mushfig, was shot and killed in 1938, when he was just 29, as part of the wave of political repressions then sweeping the Soviet Union. Today his romantic poems are among the most popular in Azerbaijan and are studied in the country’s schools, but the exact circumstances of his death have remained a mystery.

The remains were reportedly found as part of an amateur archeological expedition carried out by Farkhad Akhmedov, a Russian oligarch who grew up in Azerbaijan. Akhmedov had been trying to find the remains of his father, the former head of a pomegranate processing facility who was executed in 1970 as part of a widespread crackdown on corruption. (Ilham Aliyev’s father Heydar Aliyev, incidentally, was at the time the head of Soviet Azerbaijan.)

As part of that investigation, Akhmedov said he also found the remains of several other senior Azerbaijani officials and intellectuals, including another head of Soviet Azerbaijan, Mirjafar Bagirov, who oversaw the purges of the 1930s and was executed in 1956. Other remains, he said, belonged to Mushfig.

“During the search in the village of Puta in the Garadag region, where the ashes of many of those repressed in the Stalin years lie, I discovered the remains of the great Azerbaijani poet Mikayil Mushfig,” Akhmedov told the news site haqqin.az on October 10. It was unclear how Akhmedov came to believe the remains were those of Mushfig. Through an assistant, he declined a request from Eurasianet for an interview.

Haqqin – known in Azerbaijan largely as a means for the security services to attack opponents of the government – then undertook its own campaign to investigate the findings. “We could not remain indifferent to this sensational news and, having created a search group, we started an investigative group in order to inform the relevant public institutes – the Ministry of Culture, the Writers' Union, and the Academy of Sciences,” wrote the website’s editor, Eynulla Fatullayev.

The head of the writer’s union, Chingiz Abdullayev, a writer of popular detective novels, quickly joined the campaign. “Mushfig showed all of Azerbaijan how one could and must live,” he told Haqqin.

But the Ministry of Culture pushed back. On October 22, ministry spokesperson Intigam Humbatov, claimed that no one, including Akhmedov, had informed the ministry about Mushfig’s remains. And Culture Minister Abulfaz Garayev called the news “sensationalist.” "One should not refer to unverified information. Mushfig’s name is sacred to Azerbaijan, he is a personality who left a great mark in the history of Azerbaijani literature, and the state of Azerbaijan respects him,” Garayev told journalists the following day. “He has never been and will never be forgotten by the state or by the public.”

Akhmedov responded in a public letter to Garayev in a Russian newspaper, saying that he had told Garayev “several years ago” that he had found Mushfig’s remains, and said the accusations of sensationalizing were unwarranted: “There is no need to find malicious intentions where there are none, we should do everything so that the issue of the poet’s remains become not a cause for conflict and argument, but an example for fruitful cooperation between the ministry, creative unions, and the public.” He also attempted to shift the blame for the apparent PR campaign, albeit without naming Haqqin’s Fatullayev directly. “I did not start the campaign in the press, nor did I try to work up popular opinion on this issue,” he wrote.

But Russia has expressed its support for the current investigation. A deputy prime minister, Olga Golodets, expressed “great respect for the diligent investigative efforts carried out by the group of enthusiasts,” and said the findings should be confirmed by professional investigators.

Two days after the publication of Akhmedov’s letter, an Aliyev adviser, Ali Hasanov, said the president had taken control of the investigation.

A working group quickly convened, consisting of Culture Minister Garayev, Abdullayev of the Writers’ Union, Hasanov, and several other high-level officials, who said they intended to conduct a DNA analysis of the remains.

“The issue will be studied and the public will be informed about the results soon,” Hasanov said, adding: “Aliyev always treats Azerbaijani culture, its representatives, especially the memory of representatives of the intelligentsia who have become victims of repression, with great attention."

This is Aliyev’s second time publicly grappling with Mushfig’s memory: In 2017, a monument to the poet was removed from a park in Baku due to road construction, raising public ire. Aliyev ordered an investigation and for the monument to be restored.

Azerbaijan’s independent intelligentsia has responded skeptically to the episode, suggesting that Aliyev’s government has more in common with the Soviets than with dissident poets like Mushfig.

“Remembering Mushfig is really only possible if you oppose the repressions of today. Otherwise, it is artificial and hypocritical," historian Altay Goyushov wrote in a Facebook post.

“There are so many Mushfigs in the country,” poet and writer Narmin Kamal told Eurasianet. “If they really respect Mikayil Mushfig, it would be proper for them to change their repressive attitude towards contemporary Mushfigs, who live similar lives.”