The region is newly strategic as Russia’s war shifts attention to the so-called Middle Corridor. 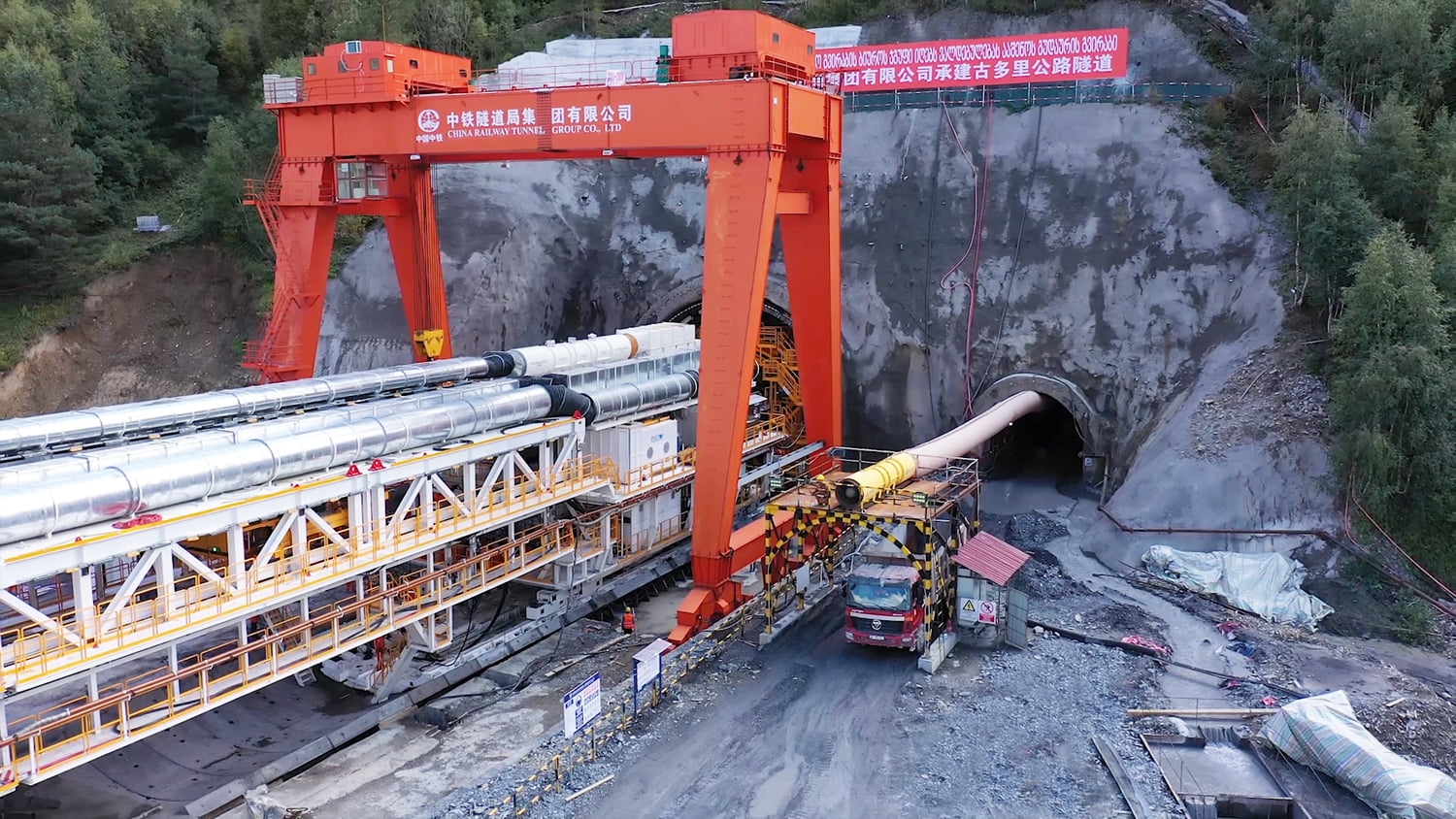 Boring deep: China has backed major transportation infrastructure in the South Caucasus, but does it help the countries? (Georgia government handout)

Chinese development finance in the South Caucasus has had mixed results, often benefiting Chinese lenders and businesses more than their hosts. For borrowers to maximize returns, they should focus more on their own domestic needs.

So says a new analysis of 17 years of Chinese spending by Katja Kalkschmied, an economist at the Ruhr-University Bochum in Germany.

Kalkschmied’s study is timely. Azerbaijan and Georgia are critical to the Middle Corridor – a land route from China to southern Europe – that has become newly strategic as the West avoids doing business with Russia.

“The potential functioning of the Middle Corridor has been in China's interest even before […] the war between Russia and Ukraine. In order to reduce dependencies, China seeks to diversify transportation routes linking the East and the West,” she writes. The Middle Corridor is one path on China’s global infrastructure spending spree: the Belt and Road Initiative (BRI). 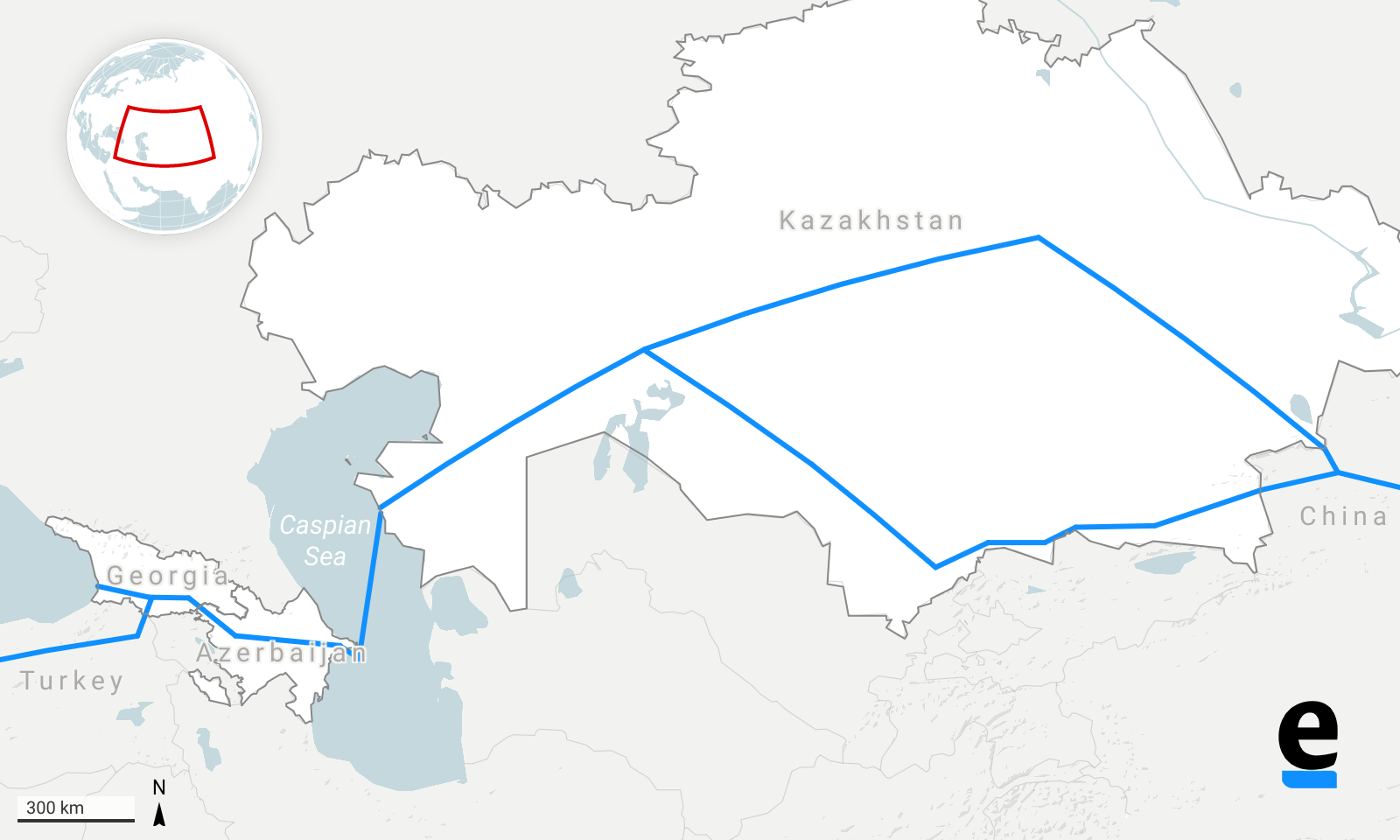 With figures published by the AidData lab at the College of William & Mary, Kalkschmied drills into Chinese development finance flows to Armenia, Azerbaijan and Georgia between 2000-2017.

Energy-rich Azerbaijan received the most in the South Caucasus: $581 million over this period, which at $60 per person is also the most per capita in the region. The bulk of these funds was used to build oil and gas pipelines from the Caspian Sea to Turkey, which “served China’s interests in at least two ways.” The pipeline investments probably offered good returns. And “the Chinese contribution to finance the building of the energy corridor may have helped China to win Turkey for the BRI project.”

For smaller projects, such as the expansion of an aluminum plant in Ganja, Beijing provided Baku with credits to spend on Chinese goods. That policy helps China address its huge current account deficit. And, moreover, “physical infrastructure projects help China to use construction materials and industrial output that state-subsidized firms produce in excess of domestic demand.”

Armenia received the least of the three countries, underscoring its lack of importance to Chinese strategy. Isolated by decades of war with Azerbaijan, it is not on a major trade route. China’s aid to the country consists mostly of grants and concessional loans for social projects: schools, hospitals, cars for officials. The purpose, Kalkschmied writes, is both to “challenge Russia’s dominance” and open the country to Chinese business.

In Georgia, the focus is on transport; China is primarily eager to develop “a hub for transporting, storing, and distributing products between the East and the West.” The largest project in this period was a $195 million China Eximbank loan to stand up a special economic zone in a Tbilisi suburb: the Hualing Tbilisi Sea New City. The white elephant, long underutilized, was not driven by local needs, but will likely remain on the country’s balance sheet for decades.

For context, Kalkschmied also looks at development aid in the same period to Turkey and Kazakhstan. Both dwarf spending in the South Caucasus.

Kazakhstan is the fifth-largest recipient of Chinese development finance in the world – after Russia, Venezuela, Angola and Brazil. The country is also a cautionary tale: “BRI infrastructure projects in Kazakhstan have widely underperformed vis-à-vis their original objectives,” she writes. “Borrowers have defaulted on their repayment obligations, infrastructure assets were being underutilized or turned out to be less profitable than expected, companies went into bankruptcy, and contractors failed to meet key milestones that were specified in contracts. Above that, corruption has been a specific problem” in Kazakhstan, where project suspensions and cancellations exceed the total amount of development finance to the South Caucasus in the same period. What’s more, many of these projects are not visible on the government’s balance sheet, hiding Astana’s true debt exposure to China.

Kalkschmied sees a trend in the South Caucasus that should give local policymakers pause when offered a “win-win” deal: Not enough of the money helps the countries develop, to integrate into global value chains, to build local capacity. Chinese lenders rather see them, she argues, as sources of raw materials and transit routes.

“China does not provide its development finance for altruistic reasons, not even donations of ambulances and housing for the elderly. China provides its help to meet its own interests … turning the Caucasus region into a production and transportation hub.”

More aluminum factories with trained workers, fewer empty shopping malls: Leaders in the South Caucasus must be hard-nosed to “make sure that what is done within their national borders meets their own economic and political interests and is done under their own leadership.”