Unpacking debt in Kyrgyzstan and Tajikistan

Compared to their peers, Kyrgyzstan and Tajikistan are on a borrowing spree. 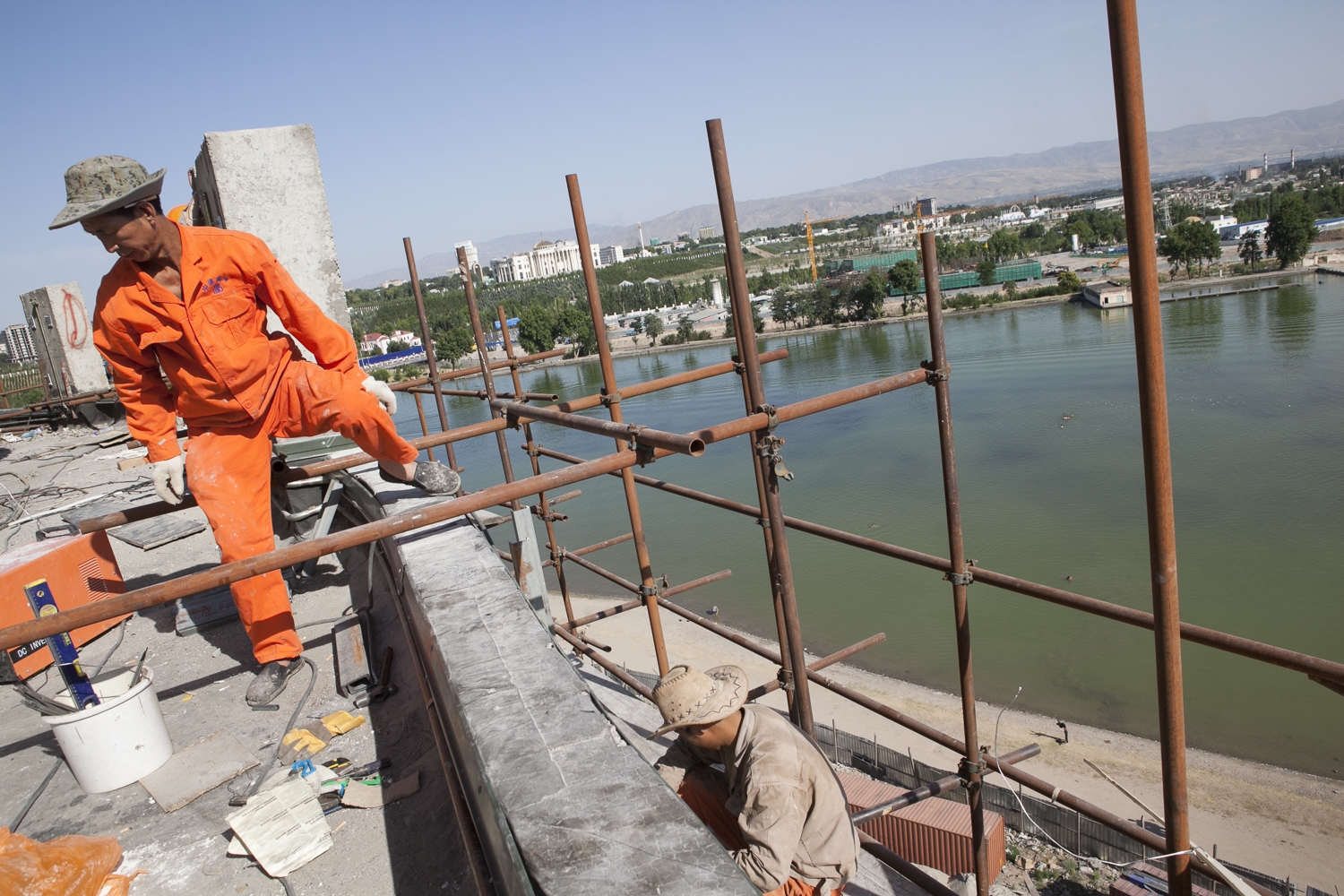 To maintain their current growth momentum, the five post-Soviet Central Asian republics must invest almost 8 percent of GDP – or $38 billion per year in total – in infrastructure and climate-change mitigation efforts, according to the Asian Development Bank.

For the region’s smaller states, this poses several challenges: Kyrgyzstan and Tajikistan have fewer resources and are extremely dependent on remittances from labor migrants to sustain their economies. Moreover, their governments do not generate enough income to carry out investment on their own. So Bishkek and Dushanbe address funding gaps by borrowing abroad, largely from neighboring China.

According to the International Monetary Fund, total gross external debt (that’s debt a country and its citizens owe to foreign creditors) as a percentage of GDP for Kyrgyzstan and Tajikistan averaged 91 percent and 59.3 percent respectively between 2000 and 2014, and was estimated at 77.5 percent and 67.9 percent in 2017. Tajikistan’s external debt is projected to keep rising in 2018 and 2019 as the government ramps up construction of the Rogun dam and other infrastructure projects. Unlike Kazakhstan, which can rely on revenue generated from its oil and gas exports to sustain a high level of external debt, such borrowing could be unsustainable for Central Asia’s poorest countries.

That’s how Kyrgyzstan and Tajikistan compare to their neighbors. How do they compare to similar economies further afield?

Against the 11 other countries with the closest levels of per capita income, Kyrgyzstan and Tajikistan’s external debts are far higher: As a percentage of gross national income (a measure that, unlike GDP, includes remittances and thus better captures per capita income), external debt stock was 125.2 percent for Kyrgyzstan and 59.7 percent for Tajikistan in 2016. The closest country in this group was Zimbabwe, at 57 percent. 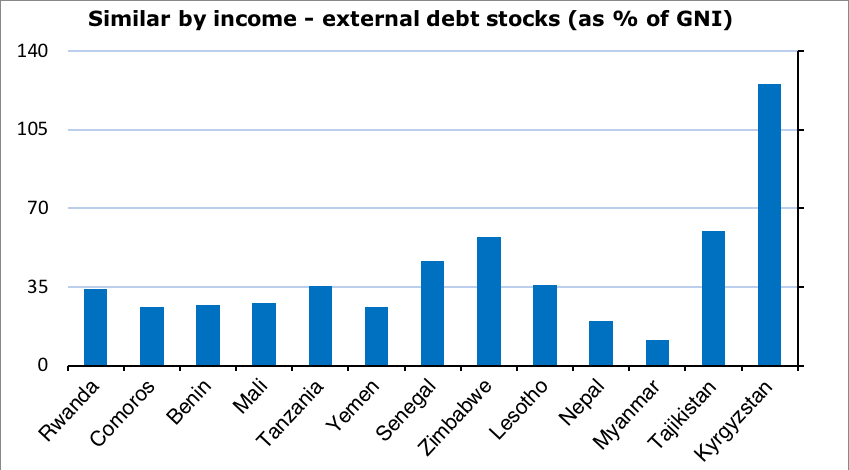 This scale of indebtedness could be cause for concern, depending on how effectively Bishkek and Dushanbe channel external borrowing into productive activity (and how diligently they keep the funds from being stolen or squandered). If they fail to pool investments into projects that deliver sufficient returns in the future (roads and factories, say, rather than palaces), a painful rebalancing could await.