As Georgian politicians near a possible resolution to their long-running political crisis, they are facing increasing impatience from their American and European allies. 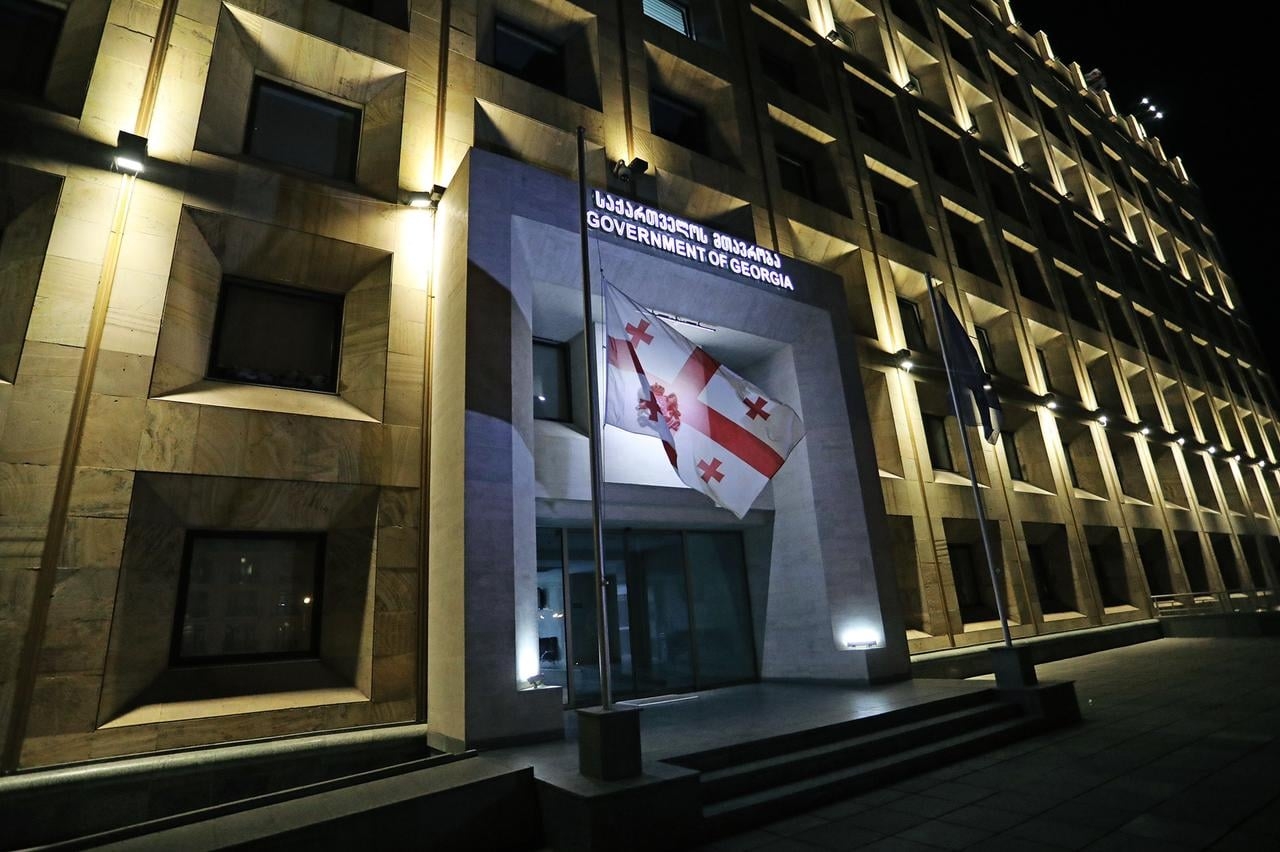 Georgia's political crisis may finally be about to be resolved. (government handout)

After months of strenuous American and European mediation that tested the patience of Georgia’s allies in the West, the country’s protracted political crisis may finally be reaching a resolution.

“Third time’s a charm,” tweeted Viola von Cramon-Taubadel, a German member of the European Parliament, on April 18 when the European Union published the latest iteration of its plan for ending nearly chronic political deadlock in Georgia. She turned out to be at least partly right.

The next day, Georgia’s government and some of the opposition agreed to sign on to the plan, which offered face-saving solutions for the most contentious issues. If it is implemented, it would see opposition lawmakers ending their boycott of the parliament, an amnesty for jailed opposition figures and the possibility of new parliamentary elections.

It could thus finally end the crisis that has been festering for months, following parliamentary elections that the opposition accused the ruling Georgian Dream party of stealing. They refused to take their seats in parliament, leaving the legislature one-third empty, and demanded the release of opposition figures they deemed “political prisoners,” including the leader of the United National Movement party, Nika Melia.

While some smaller opposition groups have already agreed to the plan, the United National Movement and European Georgia were still debating it as of the time this piece was posted.

The plan sets out the possibility of a repeat parliamentary vote based on the results of upcoming local elections: If Georgian Dream garners less than 43 percent of the vote in local elections this October, then the party would agree to call an early parliament vote.

It also stipulates a sweeping amnesty as a way to ensure the release of controversially detained opposition figures, including Melia. This would spare the government the embarrassment of effectively admitting that it had used the judiciary to punish its opponents. The plan further offers a series of power-sharing arrangements and democratic reforms to shore up trust in government institutions.

The plan also will serve as a test for the authority that Brussels and Washington still wield in Tbilisi.

The U.S. and European countries have for years invested heavily in fervently pro-Western Georgia in an effort to strengthen its economy and state institutions. And the festering crisis has sparked fears that their efforts may fall victim to Tbilisi’s internal political squabbling.

The EU appointed a special negotiator to the country to personally mediate between the feuding sides, and even proposed footing the bill for bailing out Melia to dilute tensions in Georgia.

The Georgian intransigence eventually led to rare expression of Western frustration with their longtime ally. And there have been warnings that as the patience of European and American policymakers with their best friend in the Caucasus runs thin, so may be their aid euros and dollars.

“Europe is tired,” European Parliament Member Marina Kaljurand, a Social-Democrat from Estonia, told an online conference on April 7. She said Europeans did not intend to endlessly shuttle in and out of Tbilisi to try to resolve the political impasse. “All [European] political groups agreed that it is time to introduce the principle of conditionality,” she said.

Other European lawmakers backed up Kaljurand’s point, saying that the future of the EU’s vital financial assistance could depend on Georgian politicians’ ability to hammer out a solution and show democratic progress. “I think we have been so patient and for so long now that we are actually a little bit late with our statement and with our clear explanation of our high frustration,” von Cramon-Taubadel told the conference.

Similar expressions of disappointment have been increasingly heard from Washington, as well. Political forces in Georgia “should put aside short-term political interests to instead look to the strengthening and perseverance of Georgian democracy,” said Senator Jeanne Shaheen, a Democrat from New Hampshire, at March 23 a hearing on situation in Georgia. At the hearing, State Department officials also suggested that they would be open to conditioning aid to Georgia on meeting certain political standards.

The Georgian government and opposition keep blaming one another for the Euroatlantic reproaches, but European and American officials have been apportioning the blame to both sides for their failure to compromise. “Of course, first of all, you look at the governing party. You look at the party in power, and you expect from them a bit more than from others,” said Kaljurand.

But she added that the opposition has its share of responsibility. Western lawmakers and diplomats have been openly unhappy with the opposition’s boycott of the parliament and the call to redo last fall’s elections. They called on the opposition to return to the parliament to work on a package of reforms aimed at creating a more democratic electoral and governance system.

“I was not happy with this boycott by the opposition parties from the very beginning because they have not even waited until the final” assessment of international election monitors, von Cramon-Taubadel said. “They decided on the election night that they would go for boycott and … for me this is not acceptable.”

International observers concluded that last year’s parliamentary elections were “competitive and, overall, fundamental freedoms were respected,” but pointed to a number of systemic issues that erode trust in the electoral process.

European parliamentarians also criticized the shadow governance of billionaire Bidzina Ivanishvili, the founder of Georgian Dream. The term “state-capturing” was repeatedly mentioned in the April 6 conference, as lawmakers said there is a lack of a clear chain of command, responsibility and accountability within Georgia’s state bureaucracy.

A breakthrough in the crisis finally appeared possible on April 16, when Georgian Dream leader Irakli Kobakhidze spoke of compromise following a visit to Washington where he met with U.S. State Department officials and members of Congress. In Kobakhidze’s words, the point was made to him that the ruling party bears the main responsibility for finding a solution and, as he said, Georgian Dream “can take a hint.”