Washington may pursue a similar format with Tajikistan, Turkmenistan. 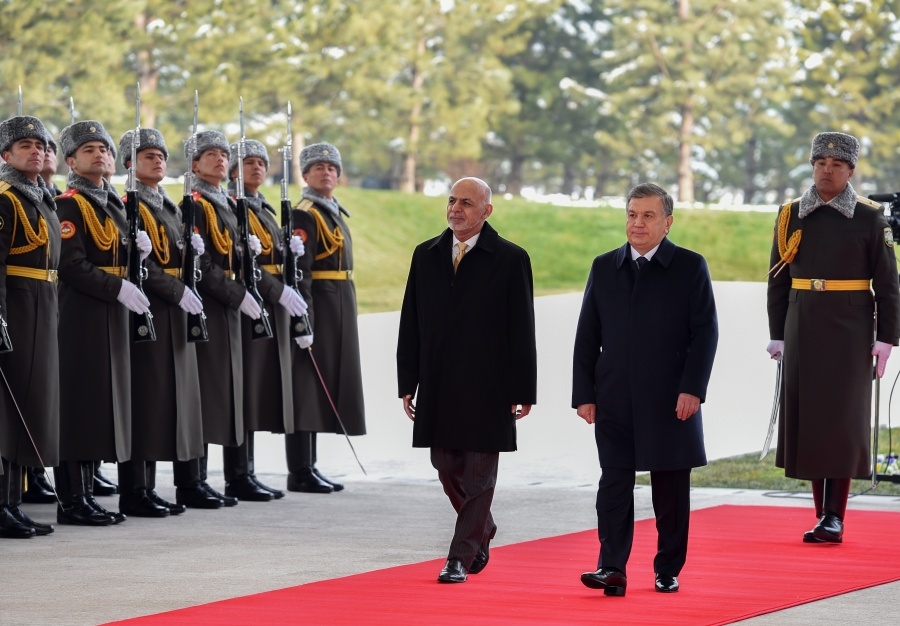 The United States has spearheaded the creation of a new three-way line of diplomatic dialogue in Central Asia, acting as Sherpa for talks between Uzbekistan and Afghanistan as part of an experiment in pursuing its strategic objectives in the region.

The inaugural meeting, which took place on May 27 via a teleconference call between the foreign ministers of Uzbekistan and Afghanistan, along with U.S. Under Secretary of State for Political Affairs David Hale, focused on a familiar laundry list of topics, including security, economic and trade ties, and infrastructure projects of mutual interest.

“We believe this format is an opportunity to address our countries’ shared interest in partnership, peace, security and prosperity in Central Asia and Afghanistan,” U.S. Deputy Assistant Secretary for Central Asia Jonathan Henick told reporters on May 28.

In keeping with custom, security was given the priority.

A pledge to develop “security cooperation and [intensify] joint efforts to combat cross-border threats along the frontier between Uzbekistan and Afghanistan, and to address issues such as terrorism, drug and precursor trafficking, smuggling, illegal migration, human trafficking, and wildlife trafficking throughout the region” was given first billing in a list of joint commitments.

Developing better rail links, improving bureaucratic conditions for trade, support for energy transmission projects, like the still-putative CASA-1000 electricity grid and the Turkmenistan-Afghanistan-Pakistan-India gas pipeline, and the fostering of deeper person-to-person ties were on the agenda too.

The question is, however, why this format for dialogue is even necessary, given that the U.S. is also actively nurturing another diplomatic creature of its own device: C5+1, which stands for the five nations of former Soviet Central Asia, plus the United States, acting as either referee or shepherd.

“We are experimenting with different platforms with a view toward advancing our shared objectives,” Henick said. “We remain totally committed to the C5+1 platform.”

The trilateral format, Henick said, arose from the need to tackle “some of the thorny technical issues on the border between Afghanistan and Uzbekistan.”

Increasing rail connectivity is one such area.

Uzbekistan is eager to see Afghanistan enhance its role as a land bridge to Pakistani seaports on the Indian Ocean through the creation of rail routes from Mazar-i-Sharif to Kabul and then onward to Torkham, on the Pakistani border.

There are already increasingly reliable connections to near-border areas just inside Afghanistan, though. Uzbekistan Railways announced only last month that it has launched a high-speed freight train service from Tashkent to the Afghan border town of Hairatan, cutting travel time from five or six days to two. The company in the same statement noted that additional carriages are hitched to the three times-weekly high-speed trains as they make their way down to the border.

Another area of shared interest is the development of a Free Economic Zone at the border, which would considerably facilitate trade ties.

Henick said the Uzbek-Afghan-U.S.-style dialogue format may be developed elsewhere in the region.

“There are similar technical issues on the other borders, with Turkmenistan and Tajikistan. We are considering this format as a model for discussion with those countries as well,” Henick said.

Although regional prosperity and security are habitually cast as primary areas of preoccupation, broader geopolitics invariably lurks in the background. This has assumed some urgency with regard to Uzbekistan in view of how that country is evincing ever greater enthusiasm for the prospect of eventually gaining full membership in the Russia-led Eurasian Economic Union trading bloc.

The Trump administration has made it plain, however, that it sees engagement on the trade front as a zero-sum affair. Addressing an event in Washington held by the American-Uzbekistan Chamber of Commerce, U.S. Commerce Secretary Wilbur Ross said in October that EAEU membership could derail Tashkent’s plans to integrate with the wider global economy.

“Pursuing membership right now in the Eurasian Economic Union could complicate and extend the [World Trade Organization] accession process beyond the timeline set by Uzbekistan’s leaders,” Ross said at the time.

“We are certainly urging Uzbekistan to prioritize its membership in the WTO, which includes economies that account for over 95 percent of the world and so should be high in terms of Uzbekistan’s priority list,” he said.