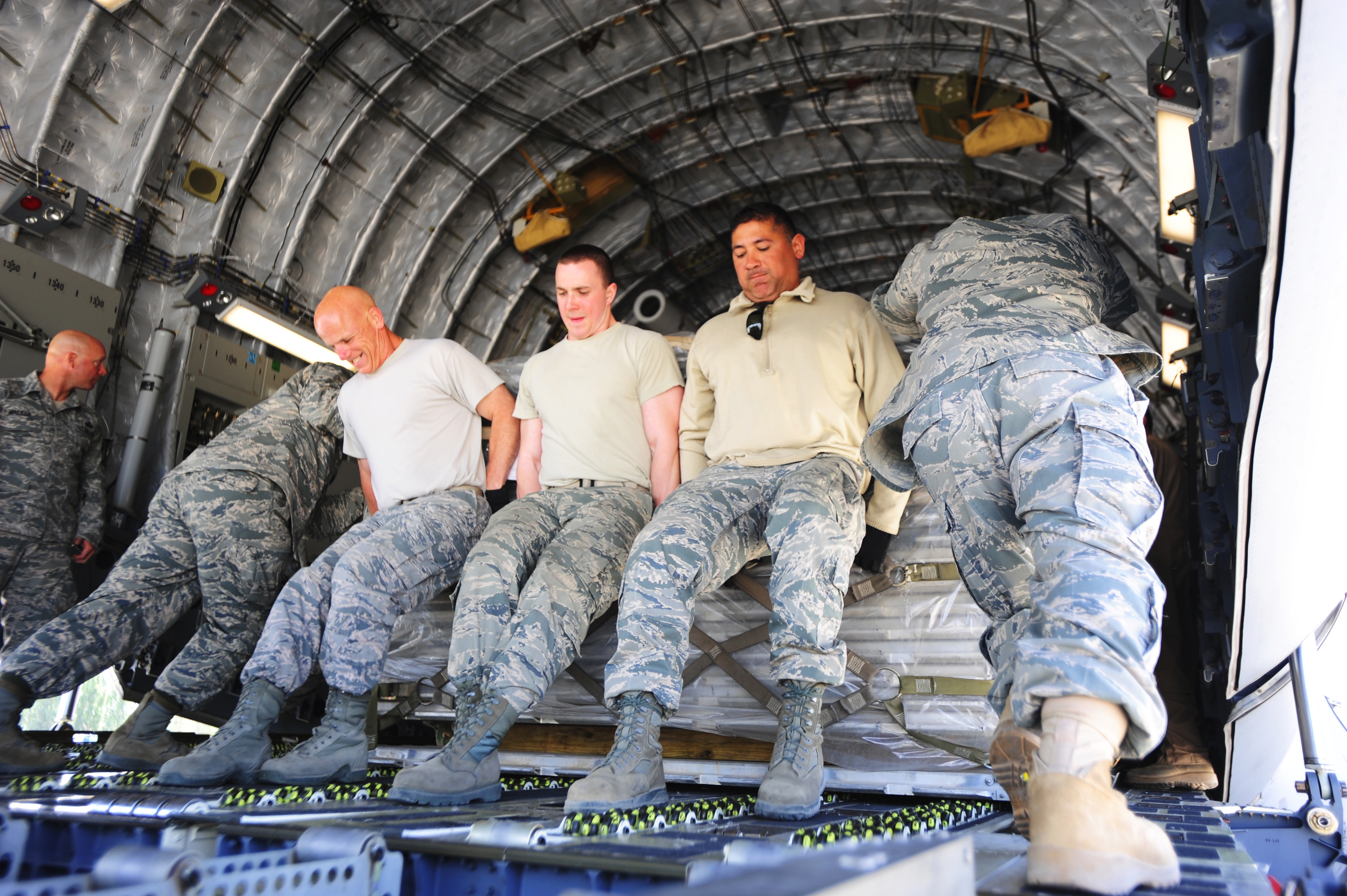 U.S. airmen load cargo into a plane as they prepare to shut down the base in May 2014. (photo: Transit Center at Manas)

The United States's most prominent military outpost in Central Asia, the Manas air base in Kyrgyzstan, formally closed its doors on Tuesday. The commander of the base handed over a symbolic golden key to Kyrgyzstan military officials, and the U.S. ambassador to Kyrgyzstan said the last of the American troops will be gone this week.

In its 12 years of operation, Manas handled 5.3 million military personnel from 26 countries as the main transit point for troops entering and leaving Afghanistan, the base's commander, Colonel John Millard, said at the ceremony.

Those 12 years saw plenty of rocky periods of negotiations between Bishkek and Washington over the base's presence, as the Kyrgyzstan government faced both pressure from Russia and widespread public suspicion over the base. In 2009, the Kyrgyzstan government announced that it would close down the base, only to reverse its decision after the U.S. upped the rent from $17 million to $60 million annually. But President Almazbek Atambayev campaigned in 2011 on a promise to shut the base down, and whatever the U.S. offered to keep it open apparently wasn't enough, and last year announced that they would leave the base and the transit operations would move to Romania for the remainder of the Afghanistan mission.

As if to symbolize the rocky relationship, the last news item to come out of Manas was the conviction on Monday of a U.S. civilian contractor at the base who attempted to rape a local woman; he was sentenced to four years in prison.

The base now leaves behind what officials say is about $30 million in leftover equipment, including buildings and vehicles, to the Kyrgyzstan authorities. And it likely will go toward the creation of the long-discussed, but still elusive, "civilian transit hub" that Kyrgyzstan officials want to take the place of the air base.

"A final decision on the center hasn't been made," said Kyrgyzstan's first deputy defense minister, Zamir Suerkulov. "But it is an excellent place to station any security structures. As for the buildings located on the territory of the airport, we'll decide separately. For example, there's a fire department with all the equipment and specialized handling equipment. Most likely, it will be given over to the Manas airport as part of the creation of the aviation hub."

The departure of the base, along with the winding down of the U.S. mission in Afghanistan, would seem to signal the twilight of U.S. military presence in Central Asia. But since the U.S. announced that it was leaving Manas, we've seen the start of a sort of new Cold War and a renewed interest on the part of the U.S. in checking Russia's ambitions. So is this the end of the story, or just the end of the first chapter?

Below, a video made by the PR team at Manas telling the history of the base: