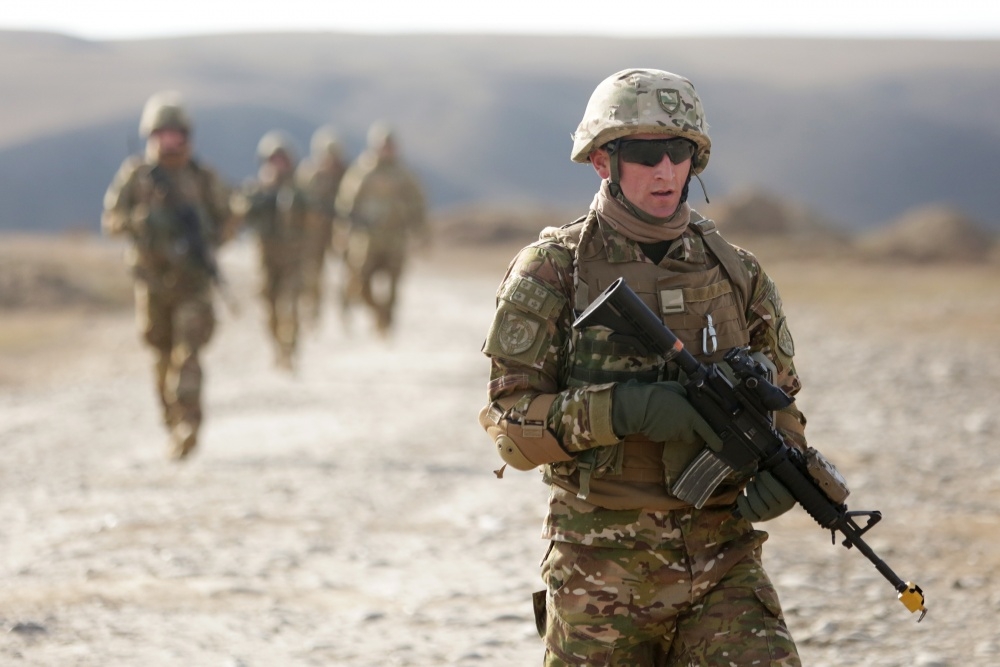 The United States will devote more military aid towards arming and equipping the Georgian armed forces, direct more training towards building combat skills, and help Georgia build a local training center oriented towards helping it defend itself rather than only deploying to Afghanistan.

The broad contours of the policy shift were laid out in a new agreement between the two countries announced during a visit to Tbilisi by U.S. Secretary of State John Kerry earlier this month. On Monday, a U.S. embassy official in Tbilisi provided more details to The Bug Pit.

“Much like in the U.S. Army, where we've focused on deployment requirements for several years, there's been a certain level of atrophy in the core warfighting capabilities, so much of our security assistance over the next few years will address those areas: territorial defense capabilities and readiness," the official said, speaking on condition of anonymity.

This is something that Georgia has been asking for for many years, since the days of President Mikheil Saakashvili regularly visiting Washington asking for anti-tank weapons and air defense systems in order to be able to defend against the Russian invasion he warned of. Georgia has instead tolerated the training being more oriented towards deployment to Afghanistan, even though those missions -- mainly guarding bases and patrolling villages -- weren't very applicable to what it really wanted help with, which is being better able to fight at home. This shift in U.S. policy appears to be a move in that direction, albeit at a still fairly modest scale. Georgia intends to continue its Afghanistan contributions, and the U.S. will continue to support it, the official emphasized. (The Georgian Ministry of Defense press office did not respond to a request for comment.)

The centerpiece of the new American initiative will be a "combat training center" that the U.S. will help Georgia establish in the country. The center will not necessarily be a new facility, but will upgrade existing facilities to enable the Georgian armed forces to better exercise in what the military calls "combined arms," or using various elements of the military (say, ground troops with air support). The U.S. does some combined arms training of Georgian troops, but it does so in Germany. “The capacity that we have in Germany to do combined arms training, they don't have that here, so we want to help them develop that capability," the official said. The goal is to make this "self-sustaining" and it has yet to be determined what role U.S. officers will play in the training, the official added.

In addition, the U.S. will reorient some of its security assistance programs more toward helping Georgia fight on its own soil. For example, the U.S. brings "mobile training teams" to train Georgian soldiers, but that has been mostly focused on things like logistics and staff organization. Now, the official said, it “could include more traditional combat-type training.”

And money from the Foreign Military Financing program, which also has gone largely towards more bureaucratic parts of the Georgian military, will now be oriented towards equipping combat units. The official declined, however, to discuss what kind of armaments might be in the works, and also emphasized that all of this will likely be done with a budget comparable to what it works with now, meaning that any equipping is likely to be "modest."

The new emphasis, despite being announced only this month, has been in the works for about a year, the official said. But thus far work has been only preliminary, such as visit by American assessment teams to work with Georgian counterparts to begin planning.