Armenia, Azerbaijan, and Georgia have varying relationships with the two feuding countries, but all have something to lose if the conflict turns hot. 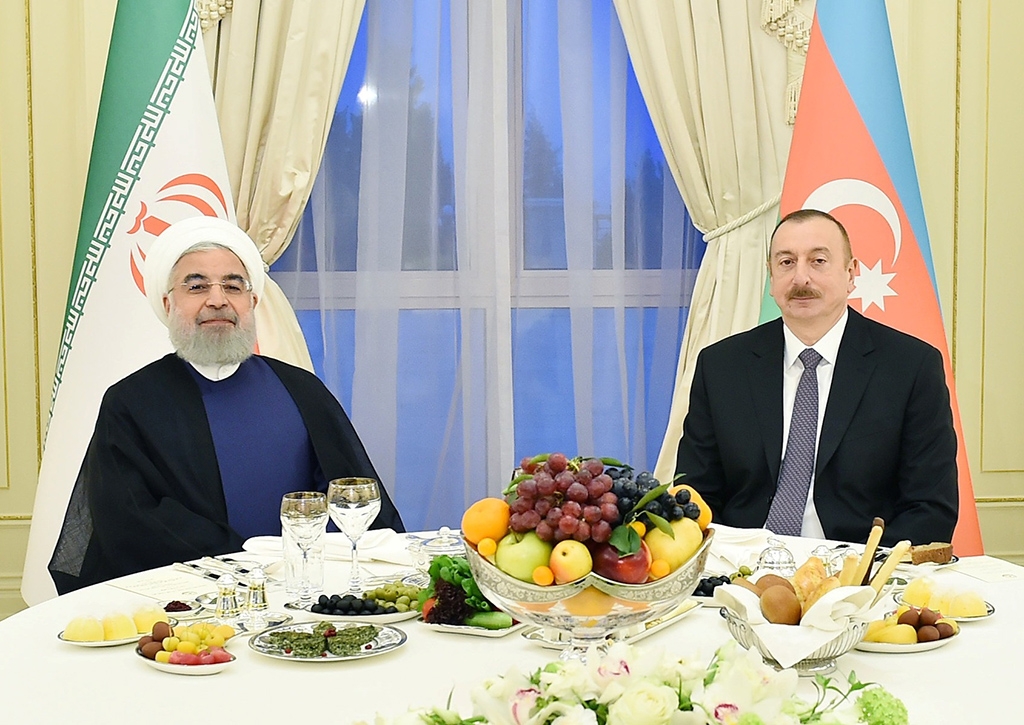 With much of their history defined by big-power confrontations, the three nations of the South Caucasus are wary of being caught in the crossfire of yet another war in their neighborhood. But Armenia, Azerbaijan, and Georgia have breathed a collective sigh of relief following signs of de-escalation between Tehran and Washington.

One concrete concern is aviation security, following Iran’s mistaken January 8 attack on a Ukrainian passenger jet. Airlines from all three countries fly to Tehran, and many of their other routes fly through Iranian and Iraqi airspace

Amid the uncertainty, Caucasus holidaymakers bound for easy winter escapes like Egypt and Dubai reported having second thoughts.

Tehran-Washington tensions broke out just as many Iranians were visiting Yerevan, Baku and Tbilisi for the New Year’s holidays (which stretch into mid-January, following the Eastern Christian calendar), strolling the streets and snapping photos of the lights and decorations. “Perhaps we should just stay here if the war begins,” said an Iranian man visiting Tbilisi who, together with his family, drove in a truck 1,200 kilometers north from Tehran to ring in the new year in Georgia. He asked not to be identified because he was worried about facing problems when he returned home.

Iranians have become an increasingly large tourist presence in the Caucasus, bringing a healthy infusion of cash into all three countries, especially the more tourism-dependent Armenia and Georgia. (The real flood of Iranians comes around the Persian new year, Nowruz, in March; Armenian Airways runs daily flights during the season.) Armenian and Georgia have eliminated visa requirements for Iranian visitors and Iranians have been snapping up properties in the nations’ bigger cities.

Of the three Caucasus countries, Armenia is most vulnerable to Iran-related economic problems.

Pinched between its foes Azerbaijan and Turkey, Armenia has long worked to cultivate economic and political ties with its southern neighbor, Iran. Trade turnover remains modest but growing, hitting a reported record high of $350 million in 2018, and Armenia has been averse to join U.S. sanctions against the Islamic Republic.

Armenia has set up a free economic zone in the town of Meghri, bordering Iran, and hopes to serve as a gateway for Iranian trade with the Russian-led Eurasian Economic Union. At the same time, Armenia benefits heavily from American political and economic support.

With these ties in mind, Yerevan even offered last week to act as a peace broker between the U.S. and Iran. “If there is a need for us to step in as mediators, we are ready […] to help resolve this conflict,” Armenia’s National Security Chief Armen Grigoryan said at a press briefing on January 9.

Prime Minister Nikol Pashinyan said during a Facebook Live broadcast that Armenia will not be “picking sides.” To underscore the point and highlight Yerevan’s ties to both countries, Pashinyan made the statement while hiking in the mountains in the company of ethnic Armenian repatriates from the U.S. and Iran.

Iran is less important economically to Georgia: Iranian investment stood at just under $1.2 million last year, imports from Iran totaled $200 million and exports to Iran, $67 million. Azerbaijan, with the strongest, energy exports-driven economy in the Caucasus, is least susceptible to the economic impact of large-scale confrontation with Iran, but of course no neighbor is immune to spillover.

Tensions with Iran also have a cultural dimension: Armenia, Azerbaijan and Georgia all have deep historical links with and ethnic diasporas in Iran, most prominently the millions of Azerbaijanis living in the Islamic Republic.

But concerns in Baku, Tbilisi and Yerevan primarily focus on security and politics.

The three Caucasus neighbors have taken dramatically divergent geopolitical paths: Armenia is aligned with Russia, Georgia is ardently pro-American, and Azerbaijan is no less ardently non-aligned. But all share worries about the Caucasus becoming the site of espionage and even military action between Iran and the U.S.

Azerbaijan, for one, was reported in the past to have served as a battlefield for Iranian and Israeli spies. Georgia uncovered a bombing plot in Tbilisi in 2012 that Israel blamed on Iran, and Azerbaijan has frequently accused Iran of carrying out terror attacks on its territory.

Perhaps acting preemptively, Azerbaijan has made clear that it will not let either of the quarreling sides use its territory for any sort of military activity. “Azerbaijan will never let third countries use its territory to harm its neighbors,” Tofiq Abbasov, a government-friendly political analyst, told the Russian news site EADaily. “It runs counter to the national and even clan interests,” chimed in another analyst, opposition figure Zardusht Alizade.

Baku also has been the most vocal in its condemnation of the U.S.’s January 3 killing of Iranian general Qasem Suleimani, the act that triggered the war worries, and offered condolences to Tehran. “You can even call this a terrorist act against a state official,” Abbasov told EADaily.

For all the criticism of the U.S.’s actions, though, Azerbaijan also is perhaps the biggest Iran skeptic in the region. In the past, the two countries have aired irredentist grievances toward one another. Baku worries that Tehran exports fundamentalist Islam; Iran objects to Azerbaijan’s defense cooperation with Israel. It took a good deal of diplomacy for the two countries to let bygones be bygones following Azerbaijan’s arrest of 22 alleged Iranian spies in 2012.

The ongoing tension has put Georgia in a diplomatic cleft stick. Tbilisi apparently feels it owes Washington, its political and economic benefactor, an expression of support. But the domestic political opposition insists that Georgia, as a NATO aspirant and strategic partner of the U.S., should have spoken even more forcefully.

As often is the case in Georgia, for many the bigger concern is Russia. Proponents of closer integration with the West are worried that Russia could use the Iran conflict to demonize the U.S. as a global bully and as a pretext to further beef up its military presence in the Caucasus.

One Georgian foreign affairs analyst, Eka Akobia, though, said that the conflict could have the opposite effect. “I doubt this will be a good development for Russia. On the contrary, it could change the balance of power in the Middle East that Russia gained following its involvement in the Syria war,” Akobia told Tbilisi-based news site Newposts. Like most Georgian analysts, she is skeptical of a full-scale war breaking out between the U.S. and Iran, but says that security risks remain and that Georgia should “watch developments carefully.”