The allegations are not taken very seriously outside Georgia's opposition, but they are taking on new life after Tbilisi terminated its contract with an American energy company. 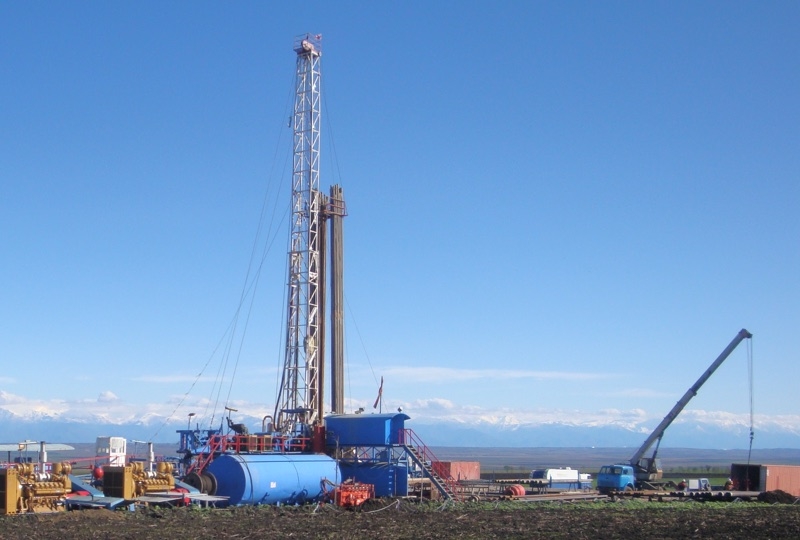 A Georgian oil field operated by Frontera Resources, a U.S. company at the center of a geopolitical controversy. (photo: Frontera)

After the Georgian government won a case in international arbitration against a scofflaw American oil company, the company’s supporters in Congress have accused the ruling party in Tbilisi of doing Russia’s bidding.

Four members of congress, including Senator Ted Cruz, wrote a letter on May 15 asking Secretary of State Mike Pompeo and Treasury Secretary Steven Mnuchin to investigate “Georgian ties to American hostile rivals and enemies, which are coming at the expense of our geostrategic and business interests.” In particular, it accused the government of laxity in promoting U.S. sanctions against Iran and the chairman of the ruling Georgian Dream party, Bidzina Ivanishvili, of having ties to the Russian government.

The allegations of Russian influence on Ivanishvili are widely believed among opponents of the Georgian government, though they have not been substantiated and are generally dismissed by diplomats dealing with Tbilisi. The Georgian Dream government, which took power in 2012, has not been quite as demonstratively anti-Russian as its predecessor, led by the United National Movement. But it has, if anything, strengthened Georgia’s ties with the U.S. during its time in power, overseeing a large increase in military cooperation and enshrining the country’s NATO and EU aspirations in the constitution.

Nevertheless, the Russian puppet conspiracy theories have gotten new life in Washington following Tbilisi’s decision to take legal action against Frontera Resources, a Texas energy company that has been working in Georgia since the 1990s.

In December, it emerged that the Georgian government was pursuing international arbitration against Frontera for failing to fulfill its contract obligations. In April, the government said that the arbitrators had ruled in its favor (though Frontera disputed this interpretation) and terminated the contract. The company, meanwhile, had not been paying workers for months.

Frontera and its supporters in Congress responded by accusing Tbilisi of opposing the company because it is American.

In January, Pete Olson, a Texas Republican in the House of Representatives, called Ivanishvili a “Russian puppet” and compared him to the Sesame Street character Oscar the Grouch because they are “both puppets who trash their own home.” Olson had received generous campaign contributions from Frontera, prompting the news site Texas Monthly to compare Olson to another Sesame Street character, Big Bird: “They both know who feathers their nest.”

Three of the four signatories of the new letter also have taken campaign contributions from Frontera.

The letter makes the most expansive geopolitical accusations to date against Georgian Dream, and is given some extra weight by the presence of Cruz – a leading candidate for president in 2016 – and the attempt to get Pompeo and Mnuchin involved.

The writers try to string together a number of other developments in Georgia, including the cancellation last year of a construction contract for a megaport on the Black Sea, Anaklia. Armchair geopoliticians have tried to link that episode to Russian influence, as well – the port, if it would be realized, could create East-West transit routes bypassing Russia – but the cancellation had more to do with personal rivalries within Georgia than with any geopolitical machinations.

Nevertheless, Pompeo has expressed concern about the geopolitics of Anaklia; last year he said the project “will enhance Georgia’s relationship with free economies and prevent Georgia from falling prey to Russian or Chinese economic influence.”

The lawmakers also make thin insinuations about Iranian activity in Georgia, presumably an attempt to catch the interest of Pompeo, who is even more hawkish on Iran than he is on Russia.

The most serious allegations involve Russia, though, and the writers ask the administration to provide a briefing to Congress on the degree to which “the Georgian Dream party is implicated in efforts to crowd out legitimate American businesses,” the “reported ties between Bidzina Ivanishvili, chairman of the Georgian Dream party, and the Russian government,” and the “deliberate exclusion of American companies from port construction aimed at insulating Georgia from reliance on Russia.”

It's not clear how likely Pompeo and Mnuchin are to act on the request. For one, the accusations don’t have much merit; secondly, the U.S. government has striven to position itself as an honest broker in Georgia’s heavily divided internal politics and pursuing this line of inquiry would scuttle that effort. It’s unlikely to try to do that for a minor (by U.S. standards) energy company.