US Military Giving Up on Kyrgyzstan

The US has lost out to China and Russia for influence in Bishkek, a senior US general has testified. 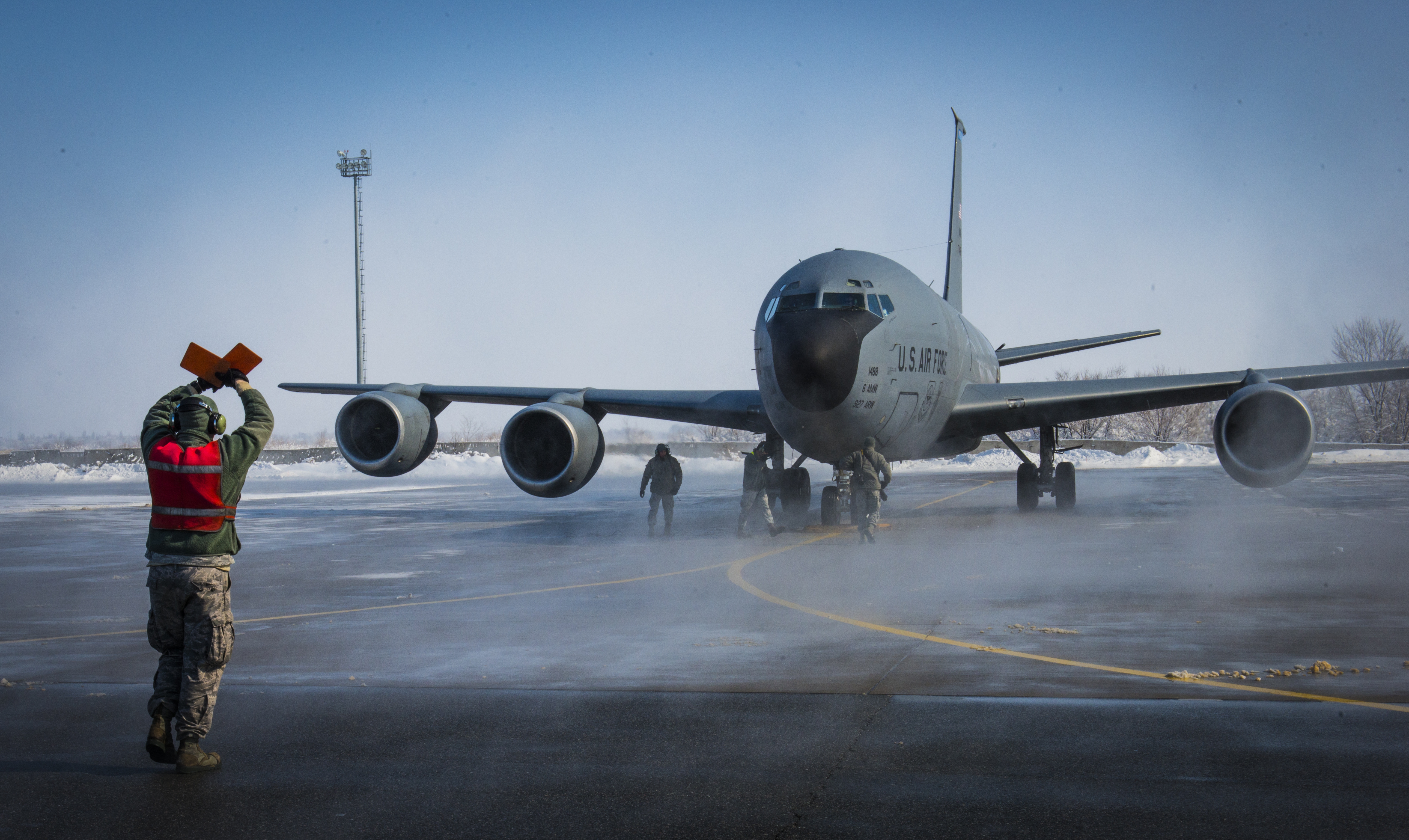 An American KC-135 aircraft prepares to take off for the last refueling mission carried out from the Manas air base in Kyrgyzstan, in 2014. Since then, Kyrgyzstan has given up on military cooperation with the US in favor of Russia and China, a senior American general has testified. (photo: US Air Force Staff Sgt. Travis Edwards)

The United States appears to have given up on military cooperation with Kyrgyzstan – once its closest partner in Central Asia – because Bishkek has thrown its lot in with Russia and China, a senior US general has said.

General Joseph Votel, the commander of US Central Command, testified before the US Senate this week to present CENTCOM's annual “posture statement,” its assessment of what the US military is doing in the region. And in his prepared remarks on Central Asia, he offered a striking rebuke of Bishkek's unwillingness to partner with the Americans.

“The Kyrgyz Republic has increasingly aligned its interests with Russia and China,” Votel testified, citing the closure of the US air force base in Manas in 2014 and the subsequent breakdown of US-Kyrgyzstan military ties. Votel laid the blame with Kyrgyzstan's government: “Despite the Kyrgyz armed forces’ desire to improve military-to-military cooperation with CENTCOM, Kyrgyz senior civilian leaders have shown little interest in improving military relations,” he said.

Votel didn't mention any sort of ongoing military cooperation with Bishkek, as he did with all the other Central Asian states, even fiercely isolationist Turkmenistan.

Kyrgyzstan's ties with China and especially Russia are nothing new, but as of a year ago Votel still thought that there was hope in the US-Kyrgyzstan military relationship. “Despite ongoing challenges in our bilateral and security cooperation, we continue to seek opportunities to improve our mil-to-mil relationship,” he testified in the 2017 posture statement.

“After a lengthy period of time during which few bilateral activities occurred, the Kyrgyz military may be increasingly receptive to higher level military engagements and expanded cooperation in the areas of border security, counter-narcotics, counter-terrorism, and countering violent extremism.... Looking ahead, we intend to pursue opportunities for increased cooperation while taking steps to strengthen our relationships with the Kyrgyz.”

Kyrgyzstan had been one of the US's top beneficiaries of special forces training in Central Asia, but those trainings abruptly stopped after the Manas closure. Nevertheless, according to recently released State Department documents that detail US military training activities over the last two years, the US continued a wide variety of training activities for Kyrgyzstan's armed forces in 2016, like English-language courses and management training. It even had planned to restart special forces training with Kyrgyzstan in 2017, but it's not clear whether those trainings happened, and Votel's testimony suggest that they didn't.

Kyrgyzstan is not the only place the US sees competition from Russia and China. Votel made frequent references to Central Asia, as well as the rest of the CENTCOM area of responsibility (which also includes parts of South Asia and the Middle East), as a zero-sum Brzezinskiesque chessboard. This has been a commonplace among analysts of the region, but until recently had been relatively rare in official US rhetoric. This follows the release of last year's National Security Strategy document, which also to an unprecedented degree framed the post-Soviet region as an arena of competition between great powers.

“Russia ... maintains significant influence in Central Asia, where the countries of the former-Soviet Union rely on Russia to varying degrees for their economic and security needs,” Votel testified this week. “This is problematic as Russia’s efforts could limit US engagement options and provide Moscow additional levers of influence, particularly as NATO forces deployed in Afghanistan are dependent on Central Asian partners for logistical support. Since 2014, Russia has increased Eurasian integration efforts to reassert Moscow’s dominant influence along the periphery or buffer zone. Likewise, an increasingly assertive China is testing Russia’s dominance in the economic and security arenas of Central Asia but also posing challenges to US influence. China seeks to capitalize on regional concerns over what it perceives as waning US influence and support.”

In contrast to Kyrgyzstan, the US's military ties with Uzbekistan appear to be on the rise. Last year, Votel testified that the US was “cautiously optimistic” about Uzbekistan after the transition following the death of former president Islam Karimov. But he also noted that prospects were limited due to President Shavkat Mirziyoyev's continuation of his predecessor's policy of not allowing foreign military bases or joining alliances.

This year, he suggested that the optimism was warranted. “We are now seeing positive changes within Uzbekistan that are leading to improved military-to-military relations, to include increased military professionalization and training,” he testified. “CENTCOM is also working to improve its military’s logistics and sustainment systems to better support previously transferred U.S. defense equipment. We also continue efforts to bolster Uzbekistan’s special operations forces.”

He also noted: “Our bilateral relations [with Uzbekistan] serve to counter Russian and Chinese influence in the region.”

As was the case last year, Kazakhstan represents the US's “most advanced military relationship in Central Asia,” Votel said, despite the fact that “[r]eliance on Russian-produced equipment presents challenges to developing a more robust defense sales relationship.”

In Tajikistan, the US continued its focus on helping the country secure its long border with Afghanistan. “While US-Tajik relations are positive, Russia is increasingly impinging on U.S. influence and spreading inaccurate information about Afghanistan and the region,” Votel said.