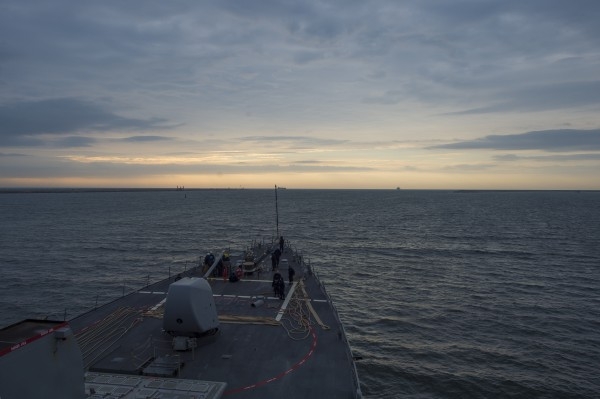 A U.S. Navy warship entered the Black Sea this week "to promote peace and stability in the region," according to a Navy statement, but Russia doesn't see it that way.

The ship's first stop was Constanta, Romania, where it is spending four days. It's not clear what its itinerary is after that.

In June, U.S. Defense Secretary Chuck Hagel visited Romania and promised to keep a steady U.S. naval presence on the Black Sea. "The U.S. has maintained a regular naval presence in the Black Sea since mid-March, with the USS Truxton, the USS Donald Cook and the USS Taylor all conducting port calls in Romania, and we will sustain this tempo going forward,” he said.

That seems to have been the case. In 2014, American warships spent a total of 207 days on the Black Sea, according to The Bug Pit's calculations based on the careful tracking of the Bosphorus Naval News blog, and the tempo seems to have been fairly consistent throughout that period. In 2013, U.S. warships made just two visits to the Black Sea, spending a total of 27 days.