US rebukes Armenia over Syria deployment

Washington is increasingly assertive in its criticism of Armenia’s ties with Russia and Iran, but it’s not clear whether it has the clout to do anything about Yerevan’s allies. 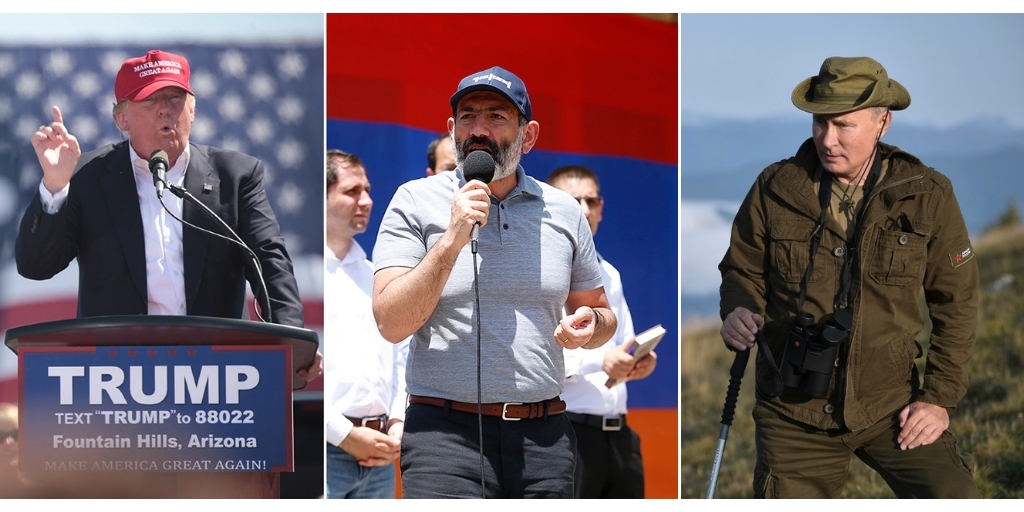 Armenia has deployed military miners and medics to the Russian-led mission in Syria, drawing a harsh rebuke from the United States. The clash illustrates how, even as the new government in Yerevan seeks favor with the West, it is confronting a widening geopolitical rift with Washington over its ties with Russia and Iran.

Armenia deployed the 83-man mission on February 8; Armenian officials have emphasized what they call the “humanitarian” nature of the mission and that its site, Aleppo, is the site of a substantial ethnic Armenian population. But the deployment is nevertheless clearly an attempt to shore up relations with Moscow, which have been strained since the new government, led by former opposition journalist Nikol Pashinyan, took power as a result of street protests last spring.

Russia – which transported the Armenian soldiers to Syria and will provide them logistical support while there – publicly thanked Armenia for the gesture. “You were the first to respond to our call for providing assistance to the Syrian people,” Russian Defense Minister Sergey Shoigu told his Armenian counterpart, David Tonoyan.

Days later, the U.S. embassy in Yerevan issued a strongly worded statement criticizing the deployment. "We recognize the desire of other nations to respond to the humanitarian situation in Syria, and we share the concerns about protecting religious minorities in the Middle East,” the statement, issued on February 13 to several local media, read. “However, we do not support any engagement with Syrian military forces, whether that engagement is to provide assistance to civilians or is military in nature. Nor do we support any cooperation between Armenia and Russia for this mission. Russia has partnered with the Assad regime to slaughter civilians and trigger a humanitarian catastrophe. Russia continues to protect the Assad regime and its atrocities on a global stage."

The U.S. embassy provided a copy of the statement to Eurasianet but declined further comment.

“U.S.-Russia and EU-Russia tensions over Syria are real and this looks like Armenia is backing Russia's effort to prop up a dictator who used chemical weapons on his own people,” said Paul Stronski, a senior fellow in the Russia and Eurasia Program of the Carnegie Endowment for International Peace, a Washington, DC, think tank. “So, the optics of this Armenian decision are bad. In fact, they are particularly bad on this side of the Atlantic,” he told Eurasianet.

Even as the Trump administration displays mixed signals about the U.S.’s own involvement in the Syria conflict, Washington remains strongly opposed to the Assad government and sees Armenia’s deployment in that context, said Sam Heller, a senior analyst at the International Crisis Group who works on the Syria conflict. “The U.S. has been going to great lengths to enforce the political and economic isolation of the Syrian government internationally,” Heller told Eurasianet. “Hence the harsh reaction to Armenia's new commitment in Syria, which, no matter how minor or innocuous, the U.S. considers unwelcome.”

Stronski noted that Russia has for many years been trying to get its military allies to contribute in some way to its mission in Syria, but without success until now. The fact that Armenia has become the first to succumb to Russian pressure has raised concern in Washington, he said.

“We here in DC understand Armenia's dependence on Russia for its security. And, we knew this was coming. We also know that Armenia has interests in Syria because of the Armenian community there. But we've also known that former president Serzh Sargsyan was under similar pressure for the past two to three years, as were Kazakhstan and Kyrgyzstan. So, this certainly suggests that Pashinyan is less able to push back on Russia than his predecessor or even the Kazakh or Kyrgyz presidents,” Stronski said.

Still, he said this was likely to be a short-term spat. “Armenia will recover from this. There is a lot of good will towards the new Armenian government here with hopes that Pashiniyan will be able to address long-standing social, governance and corruption problems in Armenia,” he said. “But the deployment was certainly an unforced error in the country's relationship with the U.S. and not the way to garner positive attention towards the country from Americans.”

Russia is a longtime security ally of Armenia: Moscow provides discounted military hardware to Yerevan, the Russian military maintains a large military base on Armenia’s border with Turkey, and Russian guards patrol the Turkish border. At the same time, Pashinyan’s new government is filled with pro-Western figures and he has courted increased Western assistance. Shortly after taking power Pashinyan visited Brussels for a NATO summit and said he expected “more concrete and greater assistance” from the West as a result of Armenia’s democratic changes. Advocates of closer U.S.-Armenia ties have also pushed for an upgrade in relations following Pashinyan’s rise to power.

But the new Armenian government is confronting geopolitical barriers to partnership that will be difficult to overcome – particularly in Washington. In the past the U.S. has tended to be forgiving of Yerevan’s ties with Moscow, as well as with Iran. The Trump administration, however, has taken a strongly hawkish position against Iran, and across Washington Russia is increasingly being seen as an enemy, narrowing Armenia’s room for geopolitical maneuver.

The American criticism of Armenia’s support of Russia and the Syrian government follows a visit by U.S. National Security Adviser John Bolton to Yerevan in the fall, when he suggested that Armenia should close off its border with Iran – a key outlet for the isolated country – to support U.S. sanctions against Tehran.

At the time, Pashinyan pushed back against Bolton’s comments, saying “John Bolton, or anyone for that matter, cannot speak on my behalf.” Thus far, Yerevan’s response to the embassy criticism has been mild. “We are taking under advisement the statement by the U.S. State Department about the deployment of an Armenian humanitarian mission to Syria. Armenia and the U.S. have for a long time undertaken joint efforts in reacting to the humanitarian catastrophe in Syria,” said Armenian Foreign Ministry spokesperson Anna Naghdalyan. She did not address the concerns about Russia or the Assad government.

“Although the lack of a more measured and diplomatic response is less of a surprise given the posture of the Trump administration, it is significant,” said Richard Giragosian, a Yerevan-based analyst and director of the Regional Studies Center. “This strong stance against Armenian support and participation in broader Russian operations in Syria is a message to Moscow as much, if not more than to Yerevan,” he said.

“It is also a message to Iran, and can be seen as a muscular move to assert a renewed U.S. commitment to contain, combat and curtail Iranian interests, and to counter any Iranian perception of an American weakness of resolve from the Trump administration’s announcement to withdraw from the Syrian theater,” Giragosian said.

At the same time, Washington has relatively few levers to push in Armenia, where Russia and Iran are far more important partners than the U.S. And heavy-handed criticism could backfire, said Anahit Shirinyan, a Yerevan-based analyst for the think tank Chatham House.

“Moscow has traditionally been the one aiming to influence Yerevan's relations with third parties according to Russian interests and often to the detriment of Armenian interests, and this has resulted in a certain degree of public resentment towards Russia,” Shirinyan told Eurasianet. “If Washington is too pushy, it risks incurring similar reactions.”