Yerevan has been trying to resist pressure from Washington to cut ties with its southern neighbor. But Armenia's private banks have been making it more difficult to do business. 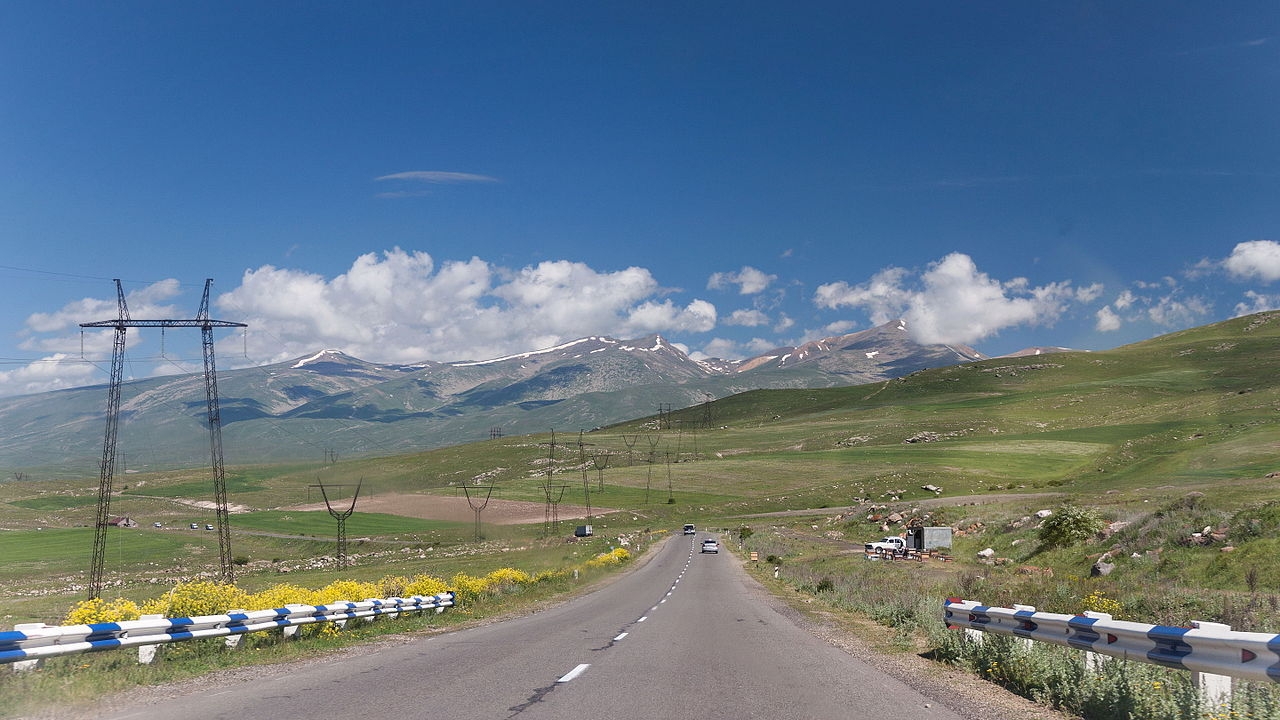 Rojin Daei, a 24-year-old from Tehran studying in Yerevan, got a call from her bank last November. Her account would be closed, the bank said, and she should withdraw her money before then. The next day, her sister – also living in Yerevan – got a similar call from a different bank. The two went to try to open new accounts at different Armenian banks, but were repeatedly denied.

“They said, ‘You are Iranian and you have problems with Americans,’” Daei told Eurasianet.

Through her employer she managed to get an account, but it is only denominated in Armenian drams and its debit card can only be used in a limited number of businesses. “That card is just completely useless,” she said. She has continued to try to apply for full accounts but continues to be denied, most recently a month ago.

The Iranian sisters’ bank problems emerged immediately after a visit by then-U.S. national security adviser John Bolton to Yerevan. In an interview with the local service of RFE/RL, Bolton said the U.S. intended to “squeeze” Iran and that the Armenian-Iranian border is "going to be a significant issue.”

The public pressure from Washington put Yerevan in a bind: It tries to maintain good relations both with the distant superpower as well as with its southern neighbor, with which it shares one of its two open borders (the other is with Georgia; Azerbaijan and Turkey have both closed theirs). In the past the U.S., understanding that predicament, had taken a lax approach toward Armenia’s relations with Iran. But under the Trump administration, that has changed.

“We look to Armenia as an important partner of the United States in the region,” the U.S. embassy in Yerevan told Eurasianet in an emailed response to questions. “As such, we have made it clear to the Armenian government and the private sector that we expect Armenia to live up to its responsibilities as a member of the international community and to halt connections with Iran that support its efforts to destabilize the region and support terrorism. We have said that our sanctions are not aimed at Armenia, but rather at specific entities around the world that help the Iranian regime finance or otherwise support its harmful activities. We send the same message to all of our partners about cooperation with Iran.”

Iranians in other countries, including the U.S. and Europe, have previously faced sanctions-related difficulties in their personal banking. But it wasn’t until shortly after the U.S. formally reimposed strict sanctions against Iran last November that Iranians in Armenia and Armenians doing business with Iran began to feel the pressure.

An Armenian businessman who exports meat to Iran told Eurasianet that he now has to use Russian banks to conduct his business, which adds costly fees and time to every transaction. “All of this started last November and it kept escalating,” the businessman, who asked not to be named so as to not attract the attention of the authorities, told Eurasianet.

Other banks have told him to use an Iranian bank that operates in Armenia, Mellat, but he says it’s difficult to get foreign currency from them. “And what would I do with Iranian money in Armenia?” he asked.

He now operates mostly with cash. “All the workers at the money-exchange bureaus know my face now,” he said. “How can the government claim to be fighting the shadow economy if trade is taking place in cash?”

In June, one institution, Inecobank, issued a warning that using Iranian transportation companies – a common practice among Armenian businesses – “may be cause for the cancelation of bank transfers and the freezing of your funds due to international sanctions.”

One Iranian tour agency switched to cash-only operations as a result of the bank restrictions. “As soon as we heard about the issue, we moved all our trade to cash. We just collect the money before crossing the border and then change it at exchange bureaus,” one official from the agency told Eurasianet, speaking on condition of anonymity, also so as to not attract the attention of the authorities. For small firms this is feasible, but only $10,000 can be transported in cash legally over the border, making it impractical for bigger businesses.

Trade between Armenia and Iran is relatively small – reportedly $364 million in 2018 – but it had been growing steadily. It’s unclear what impact the financial restrictions have caused. Artak Manukyan, an economist and member of parliament, told Eurasianet that in the first quarter of 2019 exports to Iran decreased by 30 percent over the same period from 2018, but that imports had increased also by 30 percent.

Iran has a free-trade agreement with the Russia-led Eurasian Economic Union and is seeking full membership in the organization, of which Armenia also is a member. “Trade [with Iran] has been going well,” Manukyan said. “We also hope that Iran finalizes its membership in the Eurasian Economic Union so we will have a partner that we share a border with, that will also give a boost to trade.”

The Armenian government has repeatedly denied that the U.S. has pressured it to change any policies with respect to economic ties with Iran. Prime Minister Nikol Pashinyan said after the sanctions were imposed that Armenia saw “no need to make any changes” in its policy toward Iran. The U.S. administration “understands our situation and policy,” he added.

Indeed, it appears that the restrictions have been imposed by private banks on their own initiative. “Byblos Bank Armenia does not service Iranian citizens due to the internal policy of the bank,” that bank said in response to a survey from Banks.am, an online banking news portal. “At the same time, it should be noted that Byblos Bank did not discuss possible restrictions with the U.S. Department of State, and there has been no official order from the Central Bank of Armenia.”

Armenia’s central bank issued a statement in November saying that it would not create new regulations with respect to Iranian customers, but that private banks were free to do so. For a customer, “just having Iranian citizenship is enough reason for a private bank to consider them a risk,” a central bank spokesman, Harutyun Berberyan, told Eurasianet.

“Right about the time when the U.S. sanctions were imposed we called people and asked them to close their accounts,” said one employee of an Armenian bank, speaking to Eurasianet on condition of anonymity to discuss internal bank matters. “A lot of them asked why, but we weren’t really at liberty to tell them.”

One Russian bank operating in Armenia also has imposed restrictions on Iranians, limiting them to debit cards that only work in Armenian drams. “It doesn’t matter that we are a Russian bank, we are still in Armenia which is a small country that doesn’t want to anger the U.S.,” an employee for the bank told Eurasianet on condition of anonymity.