The U.S. and EU have been heavily involved in mediating between Georgia's feuding political parties, but so far to no avail. 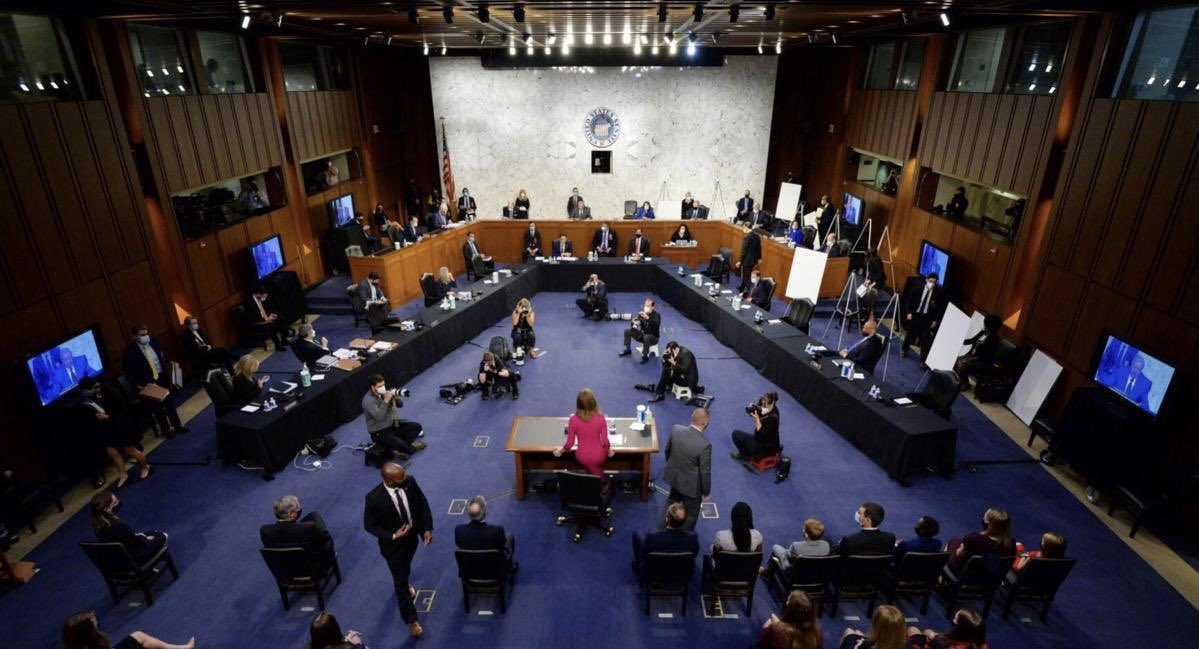 The United States is pushing Georgia’s ruling party and the opposition to come to an agreement on electoral reform measures but has so far been unable to get them to move on two key sticking points: the detention of some opposition leaders and the prospect of snap elections.

The U.S. Senate Committee on Foreign Relations held a March 23 hearing to discuss the U.S. response to Georgia’s ongoing political crisis; it was the first hearing in the committee following a leadership change in the Senate, underscoring the importance in Washington of the internal affairs of the small country 6,000 miles away.

Senators and State Department officials described their close involvement in the months-long negotiations between the ruling Georgian Dream party and the opposition parties who are battling what they say is a broad government effort to consolidate power and shut out dissent.

“We are in the room in these discussions,” George Kent, a deputy assistant secretary of state for European and Eurasian affairs, said at the hearing.

Kent testified alongside another deputy assistant secretary of state, Kara McDonald of the Bureau of Democracy, Human Rights, and Labor. Both said that the feuding Georgian parties were in principle committed to the U.S.’s top priority: adopting a series of election reforms laid out by the Organization for Security and Cooperation in Europe. But the mediation has been stymied by intransigence on the issues of the detained opposition figures and the opposition’s demand to hold new elections.

“I will be honest: both sides look to us to deliver the other side,” Kent said. “And in the end, while we can cajole and push, they have to own this process.”

The heavy U.S. involvement in the process has been paralleled by that of the European Union; an EU negotiator recently spent a week in Tbilisi in an unsuccessful attempt to bring the two sides to an agreement; the EU said on March 22 that he intends to return to continue the work. Western officials and institutions have come under increasing attack from both sides for their neutrality, an unusual development among Georgia’s vigorously pro-Western political elite.

At the hearing in Washington, senators repeatedly pressed the diplomats to effectively take a side in the festering political conflict, while the latter for the most part continued to lay the blame for the crisis equally on both sides.

Senator Jeanne Shaheen, a New Hampshire Democrat and the chair of the committee, raised the issue of Nika Melia, the head of the United National Movement party, who was arrested in February, escalating the crisis further. “Did the Georgian authorities need to arrest him, and how helpful would it be to … let him out, in terms of getting the opposition to come to the table?” she asked.

Kent replied: “The previous prime minister saw the peril in making the precipitous move to arrest the leader of the opposition and that’s why he resigned on principle. And many people hoped that would be a shock to the political culture. Unfortunately, his fears were realized the next week. Mr. Melia did break the terms of his previous release, he took off his electronic bracelet. This gets into the full embrace of democratic norms and the rule of law by all Georgian leaders, and this is why I think no one is blameless in this situation.”

The diplomats did bluntly criticize the choice of the opposition figures who were elected in last year’s elections to boycott parliament and refuse to take their seats.

“Unfortunately, most of the opposition members boycotted the new parliament, even though polls … indicate a majority of Georgians who voted for the opposition want the elected MPs to take their seats and represent their constituents,” Kent said in his opening remarks.

But in her opening remarks, McDonald also outlined several anti-democratic steps that the government took over the past two years, including excessive use of force against protesters, the arrests of Melia and other opposition figures, and the failure of the judicial system to appropriately respond to concerns about the election. “The current political impasse thus needs to be seen in this broad context,” she said.

The specter of Russia hung heavily over the hearing, with both lawmakers and diplomats repeatedly arguing that Georgia needed to resolve its internal problems lest it fall prey to greater Russian influence. “Right now, given the current impasse in Georgia, the only party who’s winning is Russia,” Shaheen said in her opening statement. “Russia thrives from disorder and chaos, and every day that members of the opposition sit in jail is a victory for Russia. Every day that Georgian parliamentary seats are empty is a disservice to the people of Georgia and a victory for Russia. That’s why I’m surprised that both parties have allowed the crisis to last so long.”

She later asked about opposition claims that Georgian Dream and its founder Bidzina Ivanishvili act somehow under Russian influence. Kent dismissed the concerns, noting that the government recently announced that it plans to apply for European Union membership in 2024 and remains committed to joining NATO. “It’s safe to assess that the Georgian Dream government … has retained Georgia’s commitment to its path of integration in Western institutions,” he said.

Last year, the Congress imposed conditions on aid to Georgia that would reduce it if the U.S. secretary of state failed to certify that the Georgian government “is taking effective steps to strengthen democratic institutions, combat corruption and ensure that the rule of law in the private sector is consistent with international recognized standards.”

Senator James Risch, an Idaho Republican, asked the diplomats if they were in favor of imposing additional conditions. “The last ones we put on don’t seem to have moved the needle very much, seems like next time they could be more stringent,” he said.

Neither dismissed the idea. “The issue of conditionality is something we have looked at in other circumstances as well, your colleagues have put that on Ukraine’s security assistance, for instance, so I think it’s something to consider,” Kent said. “We have to absolutely be considering all approaches and constantly looking at what approaches and tools might be helpful,” McDonald added.