U.S. Shifting Military Aid to Georgia to Help it Fight at Home 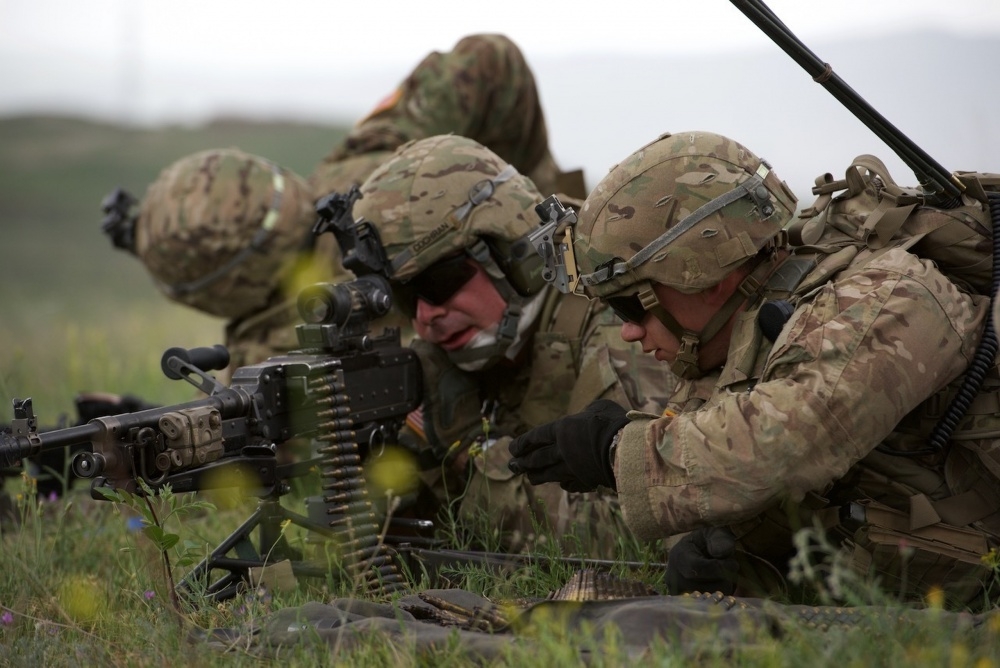 The United States is shifting its military assistance to Georgia to help the country defend itself instead of preparing it for international deployments, with a new agreement signed by U.S. Secretary of State John Kerry in Tbilisi.

The agreement "defines our security partnership and the steps we will take together to further Georgia’s reliance and its resilience and its self-defense capabilities," Kerry said Wednesday at a press conference with Georgian Prime Minister Giorgi Kvirikashvili.

U.S. military aid has until recently largely been focused on making the country interoperable with NATO members' militaries, as well as lighter and more efficient in order to be more readily deployable to U.S. and European military operations abroad. That meant, for example, American soldiers were training their Georgian counterparts on how to run a checkpoint or patrol a village rather than helping them get the anti-tank or anti-aircraft weapons they would need in a war in Georgia. This allowed Georgia to ingratiate itself with its American and NATO partners, but obviously carried risks given that the country believes it is at threat from Russian attack.

"There was a tacit understanding that Georgian participation in Afghanistan had combat training that made Georgian soldiers better equipped for territorial defense, but the training wasn't territorial defense per se, or even combined arms. They definitely got into combat situations in Afghanistan, but the transferability of skills was inexact," said Michael Cecire, a Caucasus defense analyst and associate scholar at the Foreign Policy Research Institute, in an email interview with The Bug Pit.

Cecire said that  the shift toward a more territorial defense model has been visible in the last several months -- for example, in the recent Noble Partner exercises with the U.S. and UK, Georgia took the lead for the first time, and commanded joint Georgia/U.S./UK air and land forces.

And Kerry's visit and announcement serves as an official announcement of this shift and to lay the foundation for further moves in this direction, Cecire added. "Georgia is expected to get a good chunk of [Foreign Military Financing] funding from the next tranche of European Reassurance Initiative funding, and this is a signal that the US is now willing to see that funding, and other areas of cooperation, go towards territorial defense capabilities," he said. That could include Javelin anti-tank missiles and helping Georgia reform its system of military reserves, he said. (Georgia last year signed an agreement with France for air defense systems.)

Nevertheless, Georgia is still working toward NATO interoperability: Noble Partner, for example, officially certified one Georgian brigade as ready to join the alliance's Reaction Force. And Kerry, asked about U.S. support for Georgia's NATO aspirations, emphasized the parts of the deal that would support NATO integration:

[I]t will support the acquisition of defense articles and related articles that improve the interoperability and the sustainability and the deployability of Georgia’s forces and capacities to be able to work and cooperate with the other forces of NATO. It will exchange – it will help in the education and the training and the exchange of operational and technical personnel in order to be able to improve operations between us. It will implement best practices in defense governance that helps to prepare further for implementation of a NATO. It will include the carrying out of joint and combined exercises in order to share expertise and to further provide for greater cooperation and facilitation in Georgia’s implementing of some of the best practices of NATO and of these countries. It will include cooperation on enhanced border, maritime, and airspace security. And there will be increased information-sharing and security practices, security training, and managing arrangements with respect to security facilitation in this theater and in various theaters.

NATO, at its summit in Warsaw later this week, will likely come up with some sort of new benefit for Georgia (short of a real path to membership) to reward Tbilisi for its dedication.