Both Armenia and Azerbaijan are staying out of the exercises. 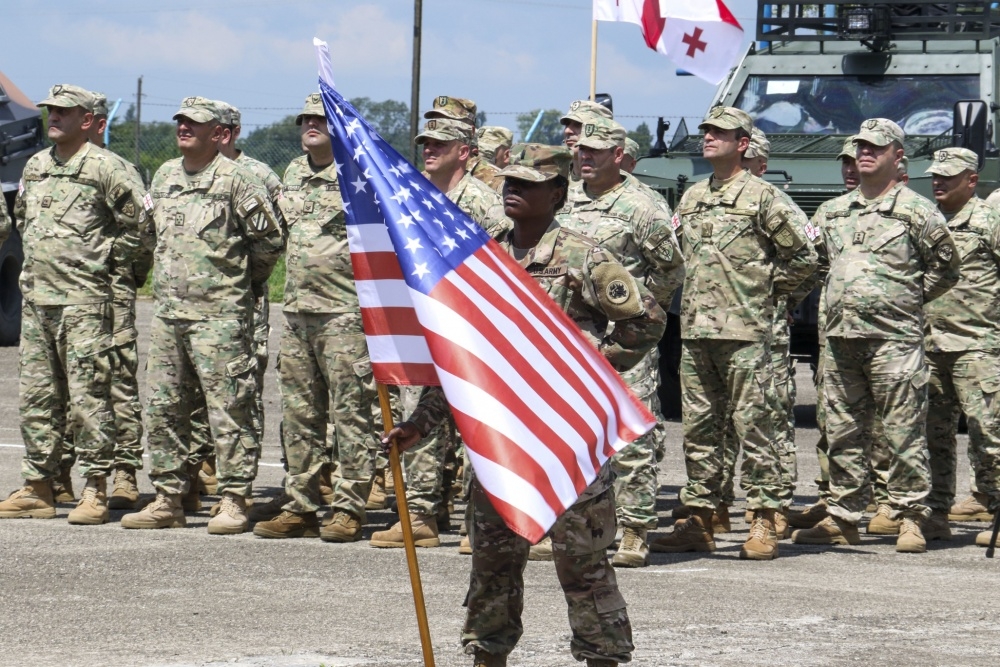 The exercises, Agile Spirit 2019, are the seventh iteration of drills led by the U.S. and Georgia but which in recent years also have included other countries. The drills are aimed at getting partner militaries acquainted with deploying to Georgia and operating alongside Georgian troops; a significant part of the exercises is in fact getting the U.S. equipment into Georgia.

Over the years the exercises have steadily grown in scale and ambition; this year’s version of Agile Spirit, which formally kicked off July 27, will reportedly be the largest yet, with 3,000 troops total from Georgia, the U.S., and 12 other countries (all of them NATO members except Ukraine). The U.S. contingent is a bit larger than in last year’s exercises, when 1,400 Americans took part.

When they were first conceived in the 2000s, joint exercises with the U.S. were aimed at getting Georgian troops ready for deployments to U.S.-led missions to Iraq and Afghanistan, where the Georgians would patrol or guard facilities.

But the 2008 war over South Ossetia exposed the Georgian military’s “inability to push back the attacks of Russian tank and aviation,” said Irakli Aladashvili, a Georgian military expert, in an interview with the news website Caucasian Knot. Over the following years, the U.S. gradually changed the orientation of the exercises it carried out in Georgia to reflect more what Georgia wanted: the ability to fight Russia. “Recently the exercises are developed to precisely, for example, stop an attack of a tank unit of the likely enemy and to beat back air attacks of its aviation and artillery counterfire,” Aladashvili said.

The prospect of war with Russia, while still remote, has gained urgency this summer following anti-government and anti-Russia protests in Tbilisi that have drawn a harsh reaction from Moscow. Add to that the Kremlin’s dismay at what has happened in next-door Armenia, where the new government is not as enthusiastic about its relationship with Russia as Moscow would like. One prominent commentator even predicted that Russia could invade and occupy some part of Western Georgia to show Armenia a lesson – and that was before this crisis began.

Both Georgian and American officials have shied away from directly connecting these exercises with the current crisis or with Russia at all. When Georgian journalists asked Defense Minister Levan Izoria about the prospect that they might be received poorly in Moscow, Izoria responded only that Georgia would continue to “coolly and rationally” pursue its strategic goals.

Russian officials have been less reticent. The exercises “are intended as a demonstration of force and an attempt to show that NATO remains present at Russia’s western and southern borders. NATO’s desire is to set up bases along the entire border, all the way to the Pacific Ocean,” said Igor Morozov, a member of Russia’s Federation Council, in an interview with state-funded RT.

Other Russian commentators noted with some irony that the official rhetoric around the exercises included claims that they would be aimed at “maintaining [a] stable and secure environment over the Black Sea region.”

“In dangerous circumstances, [exercises with NATO countries in the region] could quickly lead to fighting,” Ruslan Balbek, a member of the Duma representing Crimea, told RT. “All these multinational democratic militaries led by by the U.S. know this as well, and that they are irritating. However, the Americans need only tension. The main thing is that it doesn’t become a military conflict.”

Of all Georgia’s neighbors, the only one participating in Agile Spirit 2019 is Turkey. Armenia and Azerbaijan, which have participated in previous U.S.-Georgia exercises, are both staying out this time. In Armenia that has caused some consternation among advocates of closer ties with the West and the U.S. in particular.

“The issue is not the military exercises per se,” said Arman Babajanyan, a member of parliament from the opposition Bright Armenia party, in a Facebook post. “Much more significant is that Russian pressure on Yerevan is growing and seems to have its first manifestations, even though the authorities are trying carefully to conceal this fact. One of the achievements of the Armenian Revolution was the abolition of the Armenia-Russia ‘vassal’ relations, the return of which could cast a shadow over the political significance of these historical events.”