Even if Tashkent does transparently apportion the funds, PR is not the same as reform. 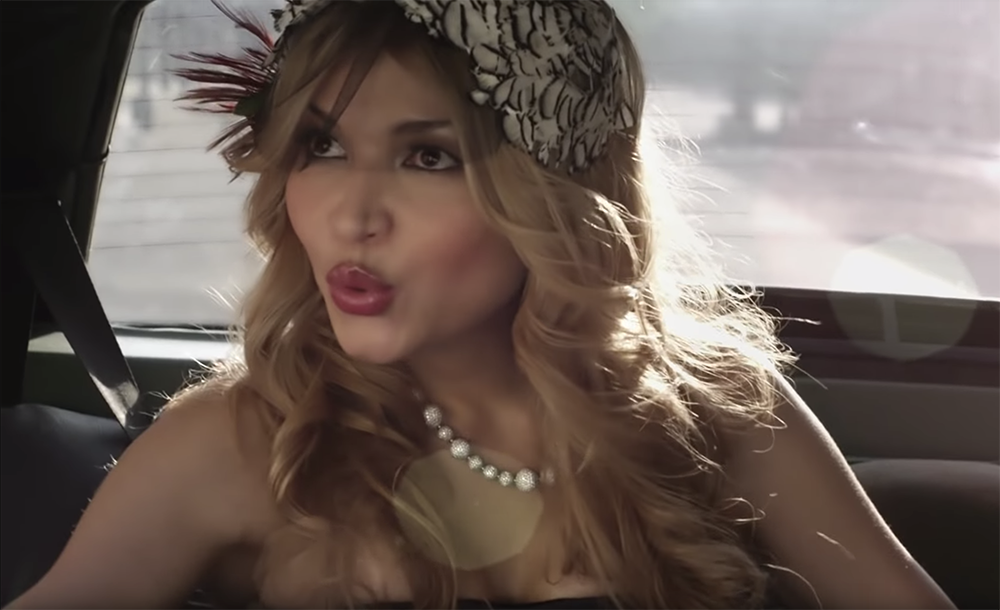 Ooh, wee, that’s a lot of money in Uzbekistan (screenshot from Karimova’s music video Round Run)

Switzerland and Uzbekistan have agreed to the terms under which Bern may return to Tashkent some $131 million seized from the disgraced daughter of former President Islam Karimov. But activists say Uzbekistan does not have institutions to ensure the massive infusion of cash is not looted by regime insiders.

Gulnara Karimova stashed almost $1 billion in Switzerland, funds that prosecutors say were the proceeds from bribes that three foreign mobile operators paid her to receive operating licenses in Uzbekistan. In addition to the $131 million that Bern is prepared to release, about $700 million more is still frozen and could one day be made available to Tashkent under the same conditions.

The memorandum of understanding is not yet legally binding, but it is likely to be celebrated by Tashkent as evidence of President Shavkat Mirziyoyev’s reform agenda.

Dwelling on the corruption of the Karimov era looks like a low-risk proposition for the country’s current rulers, not least as it serves as another way of emphasizing the purported break with past practices. But the persisting restrictions applied to the work of independent media means that documenting the corruption happening today is still often complicated, if not outright impossible.

The fact that activists are having to demand transparency into how Karimova’s frozen assets are used, should they ever be returned, and how reluctant the Swiss authorities have been in acceding to Uzbek requests for repatriation of that money, illustrates the continued lack of trust in the government’s anti-graft pledges.

Under the terms of the September 11 “framework agreement,” Tashkent will use the restitution transparently and accountably "to improve the living conditions of the people of Uzbekistan" and invest "in projects which support sustainable development" as defined by the United Nations. The memorandum calls for the "establishment of a monitoring mechanism" and says that legally binding agreements are to be negotiated "in the near future.”

While praising Swiss officials for taking an important step, the Uzbek activists are calling for anti-corruption reforms to be implemented in Uzbekistan before the funds are returned, as well as a number of loopholes in the framework to be closed.

"Unless its proposed potential conditions are very strictly applied, the document will not succeed in preventing the restituted funds being re-appropriated by corrupt government networks," warned the Uzbek Forum for Human Rights and other civil society groups in a September 16 letter. "The agreement requires evidence of further domestic reform given the political and institutional environment in Uzbekistan."

Karimova’s fall from grace began even before her father died in September 2016. She was arrested in Tashkent in August 2015 on charges including corruption and tax evasion.

Following a secretive trial, Tashkent regional court in December 2017 sentenced Karimova to 10 years of “limited freedom,” which in effect meant house arrest. She later pledged to assist in recovering funds said to have been improperly acquired, prompting the court to commute the sentence to five years. In 2019, however, the court ordered Karimova to be moved to prison after finding that she had violated the terms of her house arrest.

In a letter addressed to President Mirziyoyev this past February, Karimova wrote that she was prepared to relinquish claims to $700 million held in frozen Swiss banks accounts in exchange for clemency in her case.

Far from winning her a reprieve, this attempt at negotiation appears to have landed Karimova in only more trouble.

In March, another court found Karimova guilty on multiple counts, including embezzlement and extortion, and sentenced her to 13 years in prison. The sentence is to apply from the date of her first arrest and will be served concurrently with earlier sentences.

Karimova was indicted last year on conspiracy and money laundering charges in New York, where she “stands accused of exploiting her official position to solicit and accept more than $865 million in bribes from three publicly traded telecom companies, and then laundering those bribes through the U.S. financial system,” the Justice Department said in a statement.