Under a new constitution, Shavkat Mirziyoyev could argue that he is eligible to run again in future elections. It's worked before. 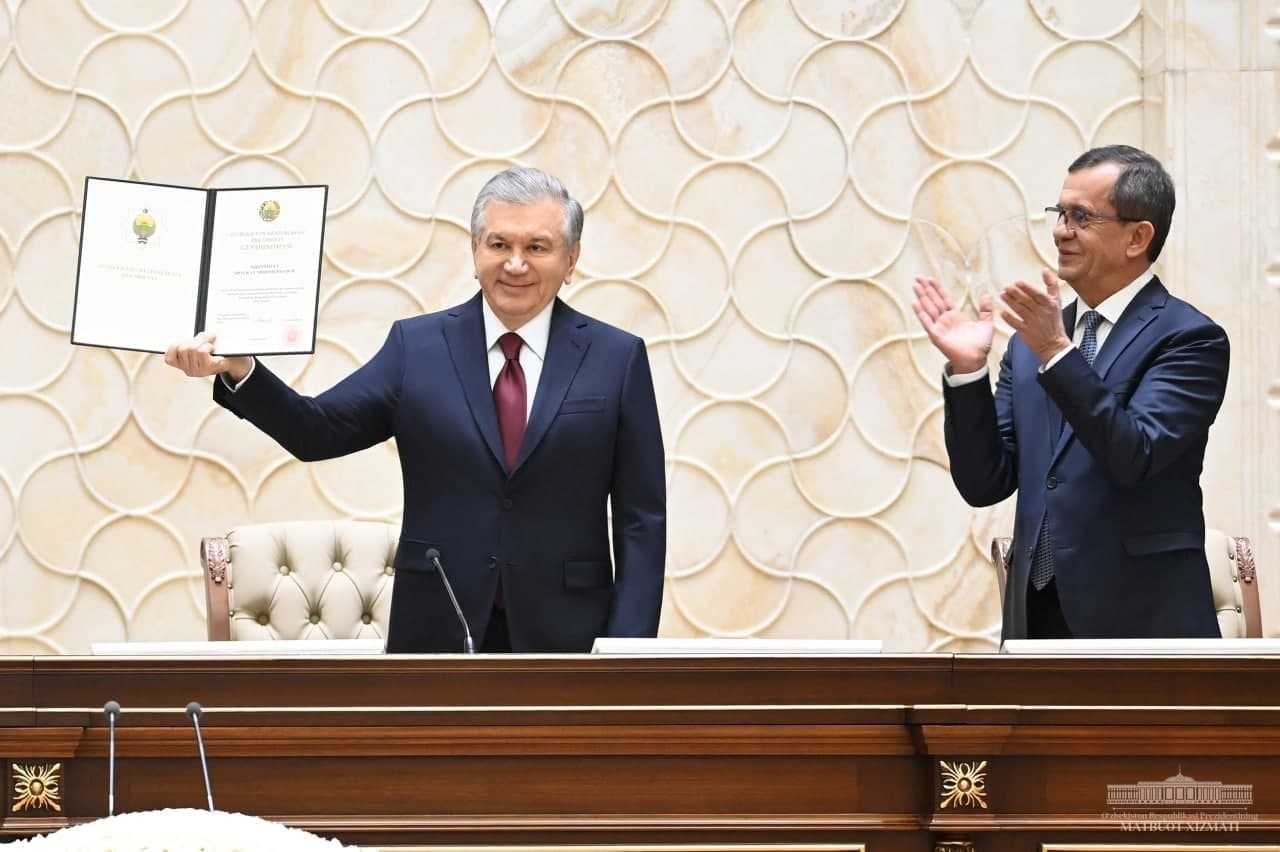 President Shavkat Mirziyoyev has embarked on his second term of office with a pledge to reform Uzbekistan’s constitution.

He did not specify what changes he had in mind, as he made the announcement when he was sworn into office on November 6, following his landslide re-election victory last month.

“As international practice shows, in many states in a period of radical changes constitutional reforms have been carried out,” he said.

“So, after consulting again with senators and deputies, with the general public, with the people, after studying international experience of constitution building, we should carefully think through the question of enhancing our Basic Law, which defines the country’s current and future development.”

Mirziyoyev has embraced an ambitious economic reform agenda since he came to power in 2016, and allowed greater freedom of speech and more space for civil society. However, large-scale political reform has been conspicuous by its absence.

No opposition parties have managed to register, and he faced only stalking horses during last month’s election.

“The elections passed off freely and democratically, openly and transparently, in a spirit of healthy competition and political battle, which was also acknowledged by international and foreign observers,” he said.

The verdict of monitors from the OSCE Office for Democratic Institutions and Human Rights, the OSCE Parliamentary Assembly and the European Parliament was rather different. They singled out “the exclusion of opposition parties and the lack of genuine competition, as well as the high number of irregularities we saw on election day.”

Mirziyoyev insisted that democratic reform was under way and would be continued.

“We will continue the democratic reforms which we have started with our people even more firmly and resolutely, and will never veer from this path! Together we will definitely build a New Uzbekistan!”

Pointing to “important measures to assure freedom of speech and of the press,” he promised action to make officials bear greater responsibility for interfering with media freedoms. He was speaking days after firing senior officials for blocking some social media sites which were then unblocked, but others remain inaccessible.

The president presented his plan to reform the constitution as a grassroots initiative.

“At pre-election meetings of all the candidates, representatives of the electorate put forward another important proposal, which is demanded by life itself and dictated by the logic of our transformations. That is conducting constitutional reform in the country.”

One point that may be on Mirziyoyev’s mind as he embarks on what is, according to the current constitution, his last five-year term of office is whether he will be ready to relinquish power in 2026, when he will be 69 years of age.

Central Asian presidents have frequently tinkered with constitutions to cling to power.

Islam Karimov, Mirziyoyev’s predecessor, remained at the helm for a quarter of a century, despite that two-term limit, using various sleights of hand.

An argument once put forward as justification for Karimov running for another term was that following amendments to the constitution, he was serving his first term under a new constitution and was therefore entitled to run again.

Mirziyoyev could, theoretically, employ this argument if he enacts constitutional changes.

Other Central Asian presidents have removed term limits from their constitutions, or introduced personal exemptions for themselves.

All eyes will be on Mirziyoyev as he fleshes out his plan for constitutional change in the coming weeks.