The president was unusually candid about long-standing issues, such as poverty and corruption. 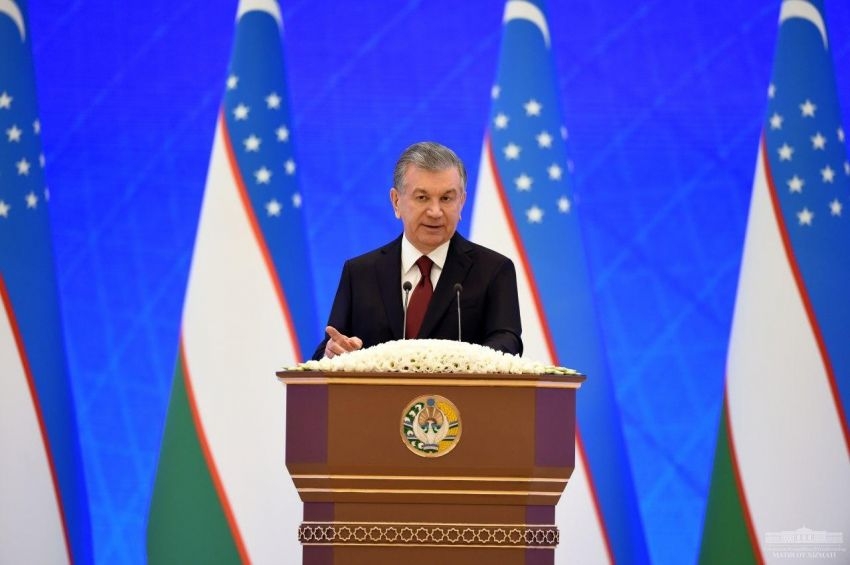 Noriniso Mirzayeva’s battered old mobile phone would not stop ringing after the president delivered his state-of-the-nation speech to Uzbekistan’s lawmakers.

Among his many pronouncements, Shavkat Mirziyoyev vowed that tens of thousands of stateless people would soon be granted citizenship.

“Individuals who came to the republic before 1995 and are still living here will automatically become citizens of Uzbekistan. This way, a vitally important problem that affects almost 50,000 compatriots will be resolved,” Mirziyoyev said, instructing lawmakers and the Cabinet to enact the necessary legislation in the coming months.

Mirzayeva, a 67-year-old resident of the town of Bekobod, just across the border from northern Tajikistan, was elated.

“For 28 years I have been awaiting this decision. Thanks be to God!” the Tajikistan-born retiree told Eurasianet.

Mirzayeva moved to Bekobod from Tajikistan in 1992, just as the civil war was breaking out in the nation of her birth. All this time, the only paperwork she has had is a residence permit. Her 33-year-old son, Khamid, is in the same boat. Because of his stateless status, he has struggled to find permanent work and has drifted instead from one casual job to another.

Mirziyoyev’s pledge was a key passage in a highly aspirational state-of-the-nation address designed to inject a spirit of urgency and optimism as the government pushes forward, not always entirely certainly, with its reform agenda.

This is the third such address the president has given since coming to power in 2016. On this occasion the speech was pushed back from December because of the parliamentary elections, which wrapped up definitively earlier this month.

This time around, organizers went a little further in trying to convey a sense of pomp and ceremony. The proceedings unfolded in a recently completed congress hall sited on the Tashkent City district that the government is touting as a tangible symbol of the country’s rediscovered dynamism and openness to foreign investment.

There was an air of Communist Party congress about the event, as freshly elected lawmakers repeatedly interrupted Mirziyoyev with their applause and loud cheers. For the first time, the speech was broadcast live on local television and on the internet.

One piece of theater that organizers could not have anticipated, however, was the mild earthquake felt in Tashkent as Mirziyoyev was declaring his intent to ease internal migration in Uzbekistan by overhauling the registration system – the infamous propiska – that prevents people from moving around the country unhindered.

“We have shackled our citizens and failed to solve this problem for 30 years,” he said. “For this reason, the government and parliament are being instructed to reform the registration system by April 1.”

A recent paper published by the World Bank documented how Uzbekistan’s preservation of the Soviet-era propiska has contributed to the economy stagnating and prompted many to migrate abroad for work.

The president was unusually candid about other long-standing issues, such as poverty.

“By various estimates, we are talking about 12-15 percent [of the population affected by poverty],” Mirziyoyev said. “This is 4-5 million people.”

Mirziyoyev said he was pledging $700 million toward combating the problem, but that the situation could not be resolved through handouts alone.

“Poverty reduction requires the implementation of a comprehensive economic and social policy that stimulates entrepreneurial activity and taps into the abilities and potential of the population,” he said. “I propose, together with the World Bank, the United Nations Development Program and other international organizations, to develop a poverty-reduction program.”

Mirzayeva’s family is a prime potential beneficiary of such initiatives. Her household consists of six people. Her $110 pension goes only some way toward supporting the family’s needs, so she also works in the local bazaar.

“Every day, I sell about 12 thermoses of tea. That contributes an additional $2 of income to the family. The most expensive item of grocery is meat. We can only afford it once a week,” she said.

Navruz Melibayev, chief editor of news website uzanalytics.com, described Mirziyoyev as courageous for being more specific than he has been previously in outlining priorities.

“A number of initiatives were proposed. There was the reduction of poverty, which is very topical. And a greater emphasis on [the problem of] corruption, which was articulated more clearly than before,” Melibayev told Eurasianet.

In speaking about corruption, Mirziyoyev said he has been spurred into action by the sheer volume of public appeals conveyed via the press and social media.

“If we do not eradicate this terrible phenomenon, we will not be able to create a truly favorable business and investment climate, and no area of our society will evolve,” he said.

The president said that a new anti-corruption body will be created and made answerable to the president’s office and parliament.

As with many of his other sweeping verbal decrees, Mirziyoyev ordered that action on setting up that agency be implemented within the coming three months.

The state-of-the-union speech extended to foreign affairs too, although without providing particular clarity on Uzbekistan’s way forward.

Mirziyoyev reiterated his administration’s standard, tantalizing line by saying that the status of the country’s relations with the Moscow-dominated Eurasian Economic Union, or EAEU, is still being reviewed.

“Parliament and the government must study the issue of cooperation between Uzbekistan and the EAEU and present its conclusions, providing reasoning for its position,” he said, kicking the whole matter into the long grass for now.

The United States is known to be opposed to deepened integration between Uzbekistan and Russia and the topic of the EAEU is likely to be on the agenda when U.S. Secretary of State Mike Pompeo visits Tashkent on February 2-3.

Such issues will be a distant abstraction for people across the country worried about their own livelihood, however.

“The main thing is if everything the president promised comes true,” Mirzayeva told Eurasianet. “I just hope it does not all stay on paper. I am already an old person and my son is still young. Before I die, I want to see him holding the green passport of Uzbekistan.”