Researchers used a jointly manufactured Chinese-Uzbek vaccine in their experiments. 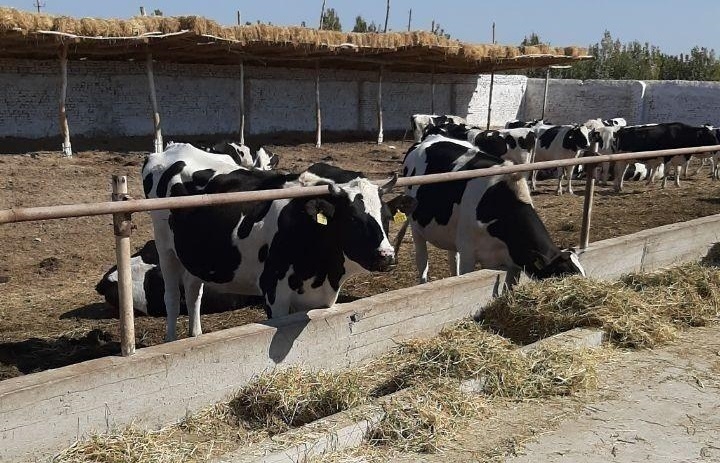 “Drink milk, children, be healthy!” So went the ditty in a famous Soviet cartoon called “Who Grazes in the Meadow?”

Now Uzbek scientists are repeating that advice with a twist, having reached the conclusion that milk from cows and goats vaccinated against COVID-19 can provide humans with coronavirus immunity benefits, even after pasteurization.

The dozen researchers behind a study that appeared on the BioRixiv preprint server for biology used a jointly manufactured Chinese-Uzbek vaccine in their experiments on animals in the Karakalpakstan region.

The authors acknowledged the study, which has not been peer-reviewed, was small-scale. But they argue that the findings offer “new opportunities to establish a stable herd immunity, focusing on the development of highly effective neutralizing antibodies (nAbs).”

The submission includes a note of thanks to researchers at the Medical University of Vienna, who performed neutralization tests on the samples.

The data obtained from those tests showed that milk from the animals reached a maximum neutralization activity of 40 percent on the 77th day after the date of the first coronavirus vaccination, compared to 100 percent in the blood serum of the same animals.

The ZF-UZ-VAC2001 vaccine developed by Chinese company Anhui Zhifei Longcom Biofarmaceutical and manufactured in Uzbekistan is a three-shot affair, and the authors of the study said the animals had reacted well to the jabs.

“Examination of the udder, palpation of the lymph nodes, mucous membranes and measurement of rectal temperature as well as the observation of the behavior of animals have not revealed any side effects during daily monitoring of animals after vaccination,” the authors said.

The authors argued that temperature control in the pasteurization process was vital in order for the milk to retain its coronavirus immunity levels.

The research was funded by Uzbekistan’s Innovative Development Ministry and comes on the heels of another reported Tashkent-Vienna anti-coronavirus collaboration that many mocking netizens refused to swallow. That solution centered on vaccine-containing tomatoes.

The cause of serious Uzbek scientists is not aided by the country’s reputation as a mass-producer of academic junk for unserious academic journals.

The trend towards quantity over quality of research in the country’s universities – a direct result of pie-in-the-sky publishing targets mandated by officials – was captured in a peer-reviewed paper by Bahtiyor Eshchanov of the Center for Economic Research and Reforms in Tashkent and three co-authors.

The paper fingered the Innovative Development Ministry as being among the bodies responsible for pushing the quotas.

The authors of the study on coronavirus immunity in milk include Victoria Garib, a visiting professor at the Medical University of Vienna, researchers from the Innovative Development Ministry’s own research centers and academics affiliated with the Russian Medical Academy of Continuous Professional Education in Moscow.

They plan to publish their study in Nutrition Journal, a peer-reviewed journal published by Springer Nature.