Credit and access to hard currency are no longer problems. But the lack of experienced technicians has forced businesses to scope out other ways of bringing staff up to scratch. 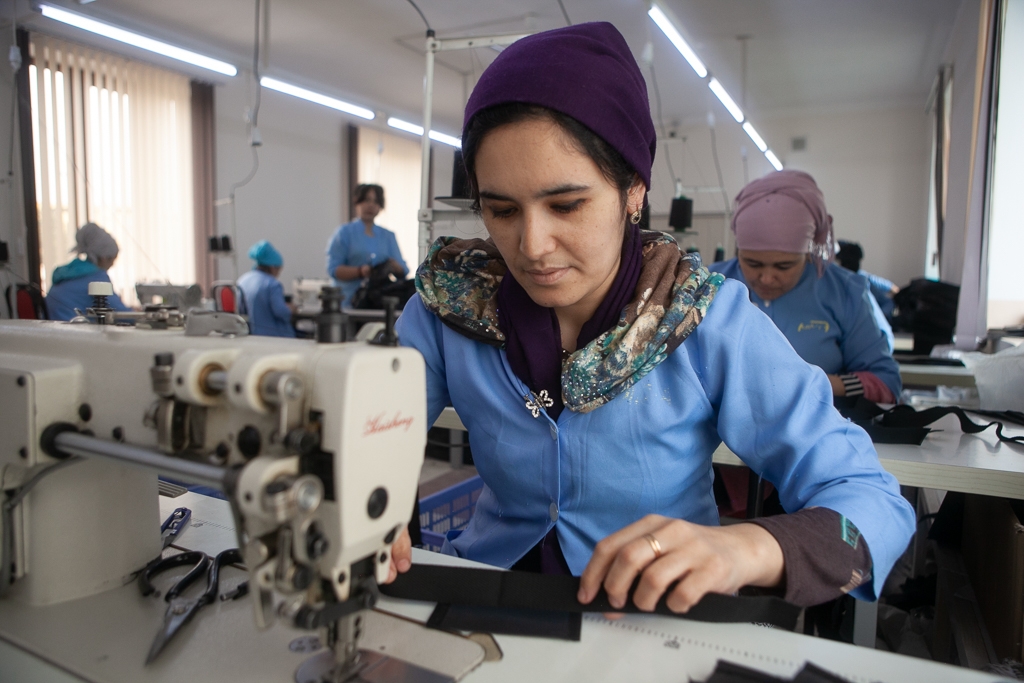 In Uzbekistan, the prosecutor has never been the businessman’s friend.

But Adham Mamatkulov, the owner of a factory in Kokand that produces duffel bags and backpacks, says things are different these days.

“Every 15 days, the prosecutor’s office calls to ask if there are any problems. They say: ‘If you have trouble, with customs, for example, here is our number, just call,’” Mamatkulov told Eurasianet.

Entrepreneurs like Mamatkulov talk with a bullish optimism that was hard to find until a few years ago in Uzbekistan.

As anybody engaged in import and export in Uzbekistan will readily explain, the government’s decision to take the plunge in September 2017 and introduce convertibility to the national currency, the sum, was a game-changer.

Mamatkulov’s factory, set inside a humming two-story building in the center of Kokand, a Ferghana Valley city just across the border from Tajikistan, needs foreign suppliers for its inputs. In the main, that means synthetic thread, which is brought in cheaply from China. The machinery is Chinese too. 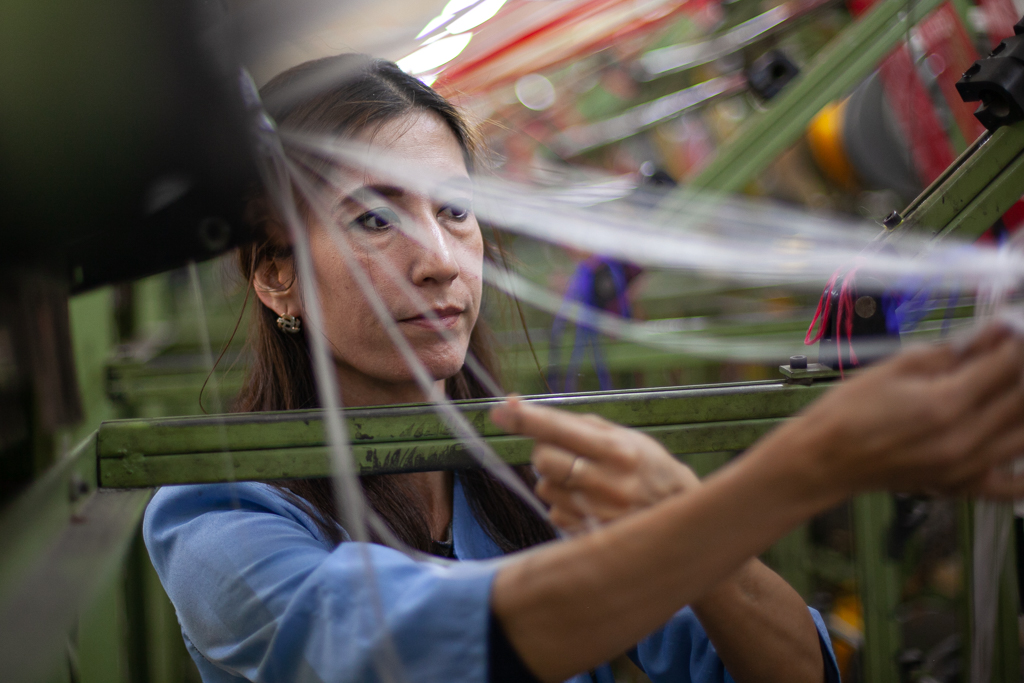 Until just over a couple of years ago, getting hold of foreign currency was a thankless task.

“It was very slow. The bank would take the documents and then we would wait, maybe a month,” Mamatkulov said.

Now, the same process lasts a couple of days.

“If the bank does not immediately show the Chinese that I have the dollars, I start yelling at them,” Mamatkulov said.

Over in Samarkand, Bahodir Lutfullayev, who is busy expanding his packing materials plant, was similarly positive about the availability of credit, cash and conversion.

“Credit is no problem,” he said. “If anything, it is hard to get hold of Uzbek sum. But dollars and euros are no problem.”

Where Lutfullayev sees trouble is in the personnel. He tells a story from his student days in Moscow in the early 1990s. McDonalds had just landed in the Soviet Union.

“There were these advertisements on TV and in the newspapers. They read: ‘We are looking for young men and women, 16 years of age, who have not spent one day working in either Soviet retail or Soviet catering,’” Lutfullayev said.

Borrowing from that philosophy, Lutfullayev said he hires people who have come straight out of training colleges and have not had the chance to pick up bad habits elsewhere.

The lack of specialized and experienced technicians has forced businesses to scope out other ways of bringing staff up to scratch. One successful experience has been tapping into programs devised in Germany and the Netherlands that farm out retired specialists to developing economies to share their experience and insights.

“Through [these kinds of programs], I have launched three lines of production,” Lutfullayev said.

The government acknowledges the problem and has created a foundation to organize training for specialists overseas in “promising sectors of the economy.” Whether this kind of top-down initiative will be nimble and swift enough to meet the needs of small and medium enterprise, however, remains in doubt.

Uzbekistan’s relatively developed industrial base has created a virtuous climate in other respects.

Both Mamatkulov and Lutfullayev spoke with hope about the impact being made by the Shurtan gas chemical complex, just south of Samarkand. The affiliates of this enterprise will eventually produce the materials both men need for their products.

Mamatkulov said that when he first started out, 100 percent of his inputs were imported. That figure is now closer to 30 percent, he said.

It is not enough that manufacturers are finding life easier. The barriers to the overseas market remain high. Which is why Uzbekistan last month embarked on negotiations to join the World Trade Organization.

Authorities have now turned their attention to wrestling the next great bugaboo of private sector operators – tax. The system that has been in place to date is terrifying in its complexity and, according to economists, frequently defies logic.

In simple terms, the way the tax system was designed strongly discouraged small businesses from pursuing growth, since doing so would push them into a devilishly complicated and punitive bracket.

“Just by hiring a couple of extra people, your tax burden could increase threefold, fivefold, sevenfold,” economist Yuliy Yusupov told Eurasianet in an interview. “If you brought together all the Nobel prize winners for economics and told them to come up with a system that would be fatal for the economy, they would never be able to devise anything like this.”

The existing tax code is a mutant evolution of what came out of the Soviet Union, then subjected to countless ad hoc revisions that served groups close to the ruling elite. 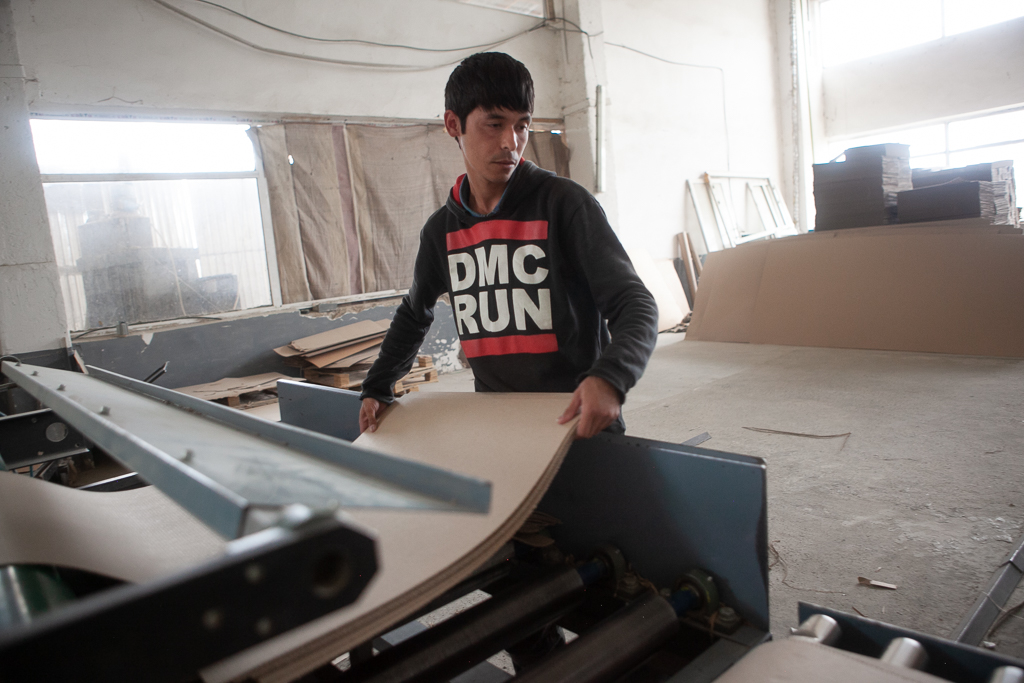 But these are piecemeal adjustments. Reforming the system has been a stop-start affair.

A concept on overhauling the tax code was approved by the president in June 2018, but has withered on the vine since that time. This was partly down to interdepartmental squabbling over which government body should be responsible for actually designing and pushing through the reform.

“The problems cropped up at the stage of implementation,” Yusupov said. “They were supposed to start adopting reforms as of January 1. More than half a year has passed, and nothing has happened.”

Not that any of this is dimming confidence.

In Kokand, Mamatkulov is dreaming big.

And what is notable is that Mamatkulov sees the state fighting his corner. Asked whether he would find it hard to source suitable premises for his mooted expansion, he was quick to answer.

“The government will find them for us,” he said.