A Swedish court says that because the company bribed the president’s daughter, and not an official in the telecoms sector, it did not break the law. 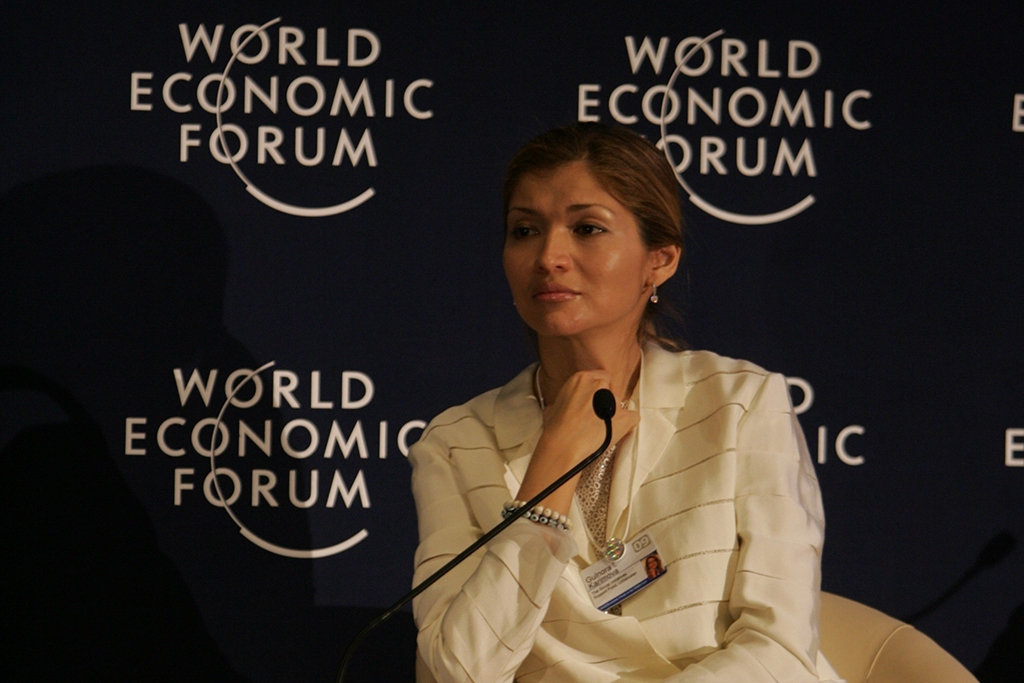 A former top executive at a telecommunications giant in Sweden has been cleared of charges that he engaged in corrupt practices in Uzbekistan.

It is not that Stockholm-based Telia, where Lars Nyberg was formerly chief executive, denies doling out cash sweeteners to ease its dealings in the Central Asian nation. That is something it readily admits doing.

But the judge at Stockholm District Court argued that the recipient of these huge payments – the daughter of Uzbekistan’s late president – was not “amenable to bribery” as she did not formally hold a position that could advance Telia’s interests. A former lawyer for Telia, Olli Tuohimaa, and Tero Kivisaari, the company's one-time head of Eurasian operations, were also cleared by the court.

The verdict, passed on February 15, is bound to be greeted with dismay by anti-graft activists who decry the ways in which Western companies and banks enable and exacerbate a chronic problem across the developing world.

Nyberg resigned as head of what was then called TeliaSonera in February 2013, following a series of media exposés revealing shady dealings in Uzbekistan.

Allegations aired in Swedish media at the time indicated that TeliaSonera had paid money in 2007 to an individual in the Uzbek elite to secure 3G licenses. In the wake of that resignation, Nyberg was combative, although he conceded that TeliaSonera had failed to do proper due diligence into its local Uzbek partner.

Nyberg later admitted that the company he led had made payments of more than $330 million to Takilant, although he has always denied knowing that the company ultimately controlled by Gulnara Karimova, the notorious and high-profile daughter of Uzbekistan's late president. In a U.S. State Department cable composed in 2005, Karimova was described as being widely perceived in Uzbekistan as “a robber baron” with extensive involvement in the nation’s telecommunications industry.

Stockholm District Court judge Tomas Zander argued, however, that the prosecutors lined up against Nyberg had failed to convincingly join the dots.

"It has not been demonstrated that the alleged bribes were received by someone who belonged to that circle of people who, according to the applicable law, could be amenable to bribery," Zander’s judgement read.

During the trial, Nyberg insisted he had never learned the identity of the partner in Telia’s Uzbek business, even after meeting Karimova while embarking on a tour of the company's Central Asian businesses in 2008. He said he only learned that she was the partner through an investigation aired on Swedish television in 2012.

Zander told Eurasianet that the prosecution had been "vague" and had "gaps in their investigation.” Crucially, prosecutors failed to demonstrate that Karimova held "any sort of position within the telecoms sector" or that she had any power over it through her position as an official in the Uzbek Foreign Ministry, Zander said.

When Swedish television news program Uppdrag Granskning reported on this case in December 2012, they cited two unnamed executives at TeliaSonera as saying representatives with the company had traveled to Uzbekistan in 2007 to meet with Karimova.

“To reach a deal with Gulnara was a prerequisite to the whole deal. And the negotiations with her started in earnest around February-March 2007,” one executive was quoted as saying.

The same source identified a man called Bekhzod Akhmedov, an executive at a rival mobile telecommunications company in Uzbekistan, as having acted as a go-between for Karimova.

The Stockholm court, however, was unconvinced by the prosecution’s efforts to draw a connection between Karimova, Akhmedov and senior telecommunications sector regulators.

"When it comes to the accusation of bribery of public officials at the telecoms authority … there hasn't been any link proven between such public officials and the payment made to Takilant, and this is a requirement under Swedish law,” Zander said.

Rather than acting in an official government capacity, the judge argued, Karimova may have been operating on her own accord as a businesswoman, “even though undue methods and pressure may have occurred.”

Gunnar Stetler, the prosecutor, told Eurasianet he was considering an appeal.

"I don't think that's a reasonable explanation, because you don't pay 3 billion Swedish kronor to a businesswoman to help you get a telecoms license," he said.

Telia's rivals in Uzbekistan's telecoms market, Vimpelcom and MTS, he said, had all also made payments to companies linked to Karimova to get their licenses, which indicated that Karimova had de facto control of the sector.

"The telecoms companies didn't address the telecoms authorities if they wanted a license. They addressed Gulnara Karimova, and then the person in charge of telecoms gave them a license," he said.

Telia has faced less forgiving treatment in other jurisdictions.

In 2017, Telia, which rebranded to its current shortened name three years ago, agreed to pay a fine of $965 million as part of a deferred prosecution agreement reached in coordination with the authorities in the United States and the Netherlands.

But Zander said the fact that the company had acknowledged that Karimova "had influence” over the telecoms sector was not relevant in Sweden.

"That's not any proof in this individual criminal case in Sweden," he said. "Telia might have had reasons to go into that negotiation and make that agreement with a U.S. authority. There could be a commercial reasons for that."

Sven Bergman, one of the three Uppdrag Granskning reporters who broke the story in 2012, said that he had already predicted how difficult it would be to prosecute the executives in a follow-up program five years ago.

"We saw it coming, we expected it, and sadly I think that this is just another example of how Sweden as a society fails to deal with these huge corruption affairs which many of our export companies have been involved in," Bergman said.

Sweden, he noted, had come under frequent criticism for its weak anti-bribery laws, with the Organization for Economic Cooperation and Development calling for urgent reforms as recently as 2017.

"Swedish law is written for a stable democracy, it's not written for a dictatorship like Uzbekistan," he said. "It's extremely naive."

David Lewis, a Central Asia expert at the University of Exeter, who in 2016 wrote a white paper on tackling corruption in Uzbekistan, said that the ruling was "clearly disappointing.”

"There is rightly significant international pressure on Uzbekistan to improve its governance and business environment, but if we are going to tackle transnational corruption effectively, EU states such as Sweden also need to get much more effective at prosecuting individuals involved in such deals."

Richard Orange is a freelance journalist based in Malmö, Sweden.