Termez is normally a sleepy place, but the Taliban's ascendancy has put some on edge. 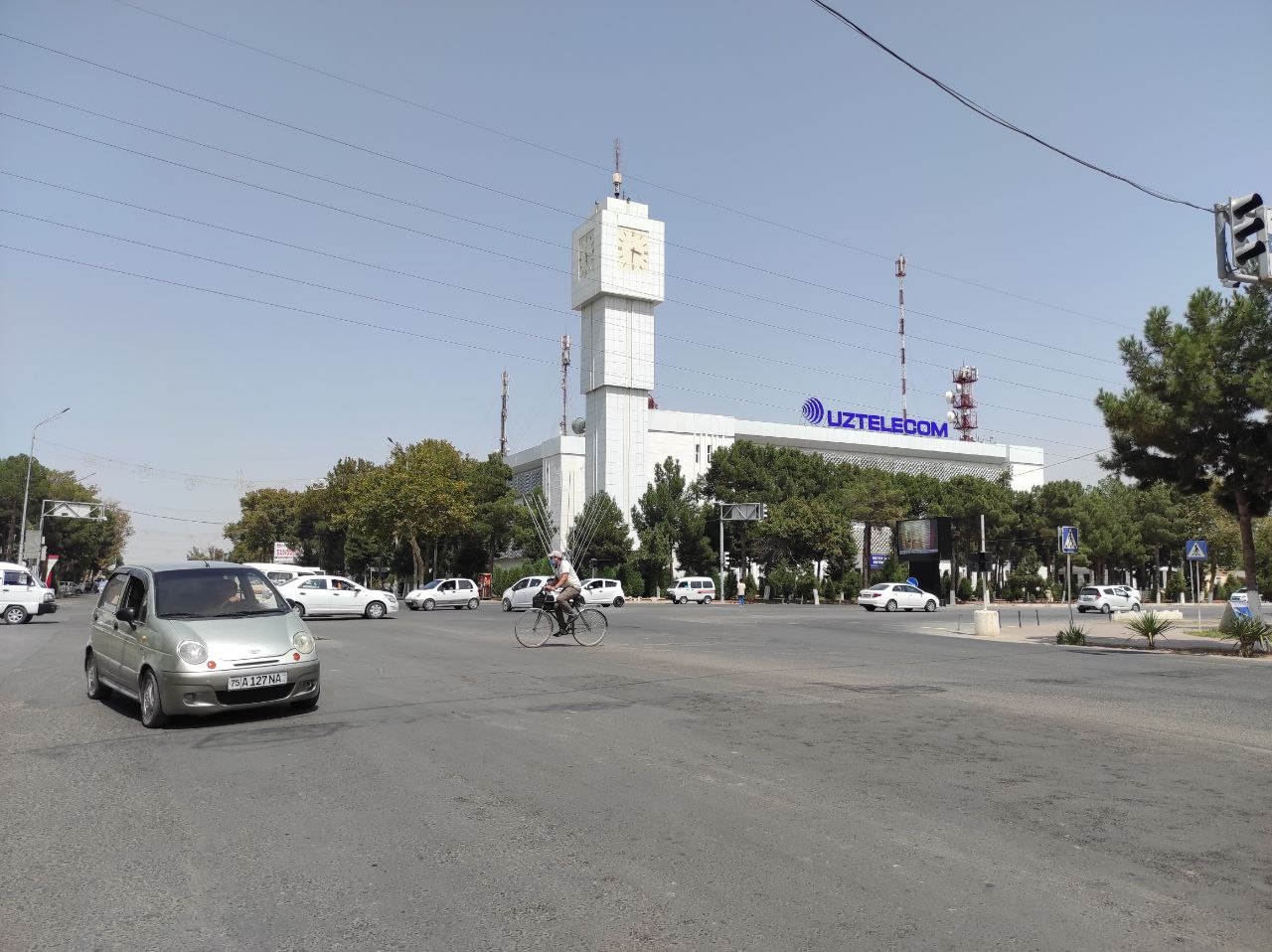 Termez at a crossroads. (Photo: Eurasianet)

Termez is nobody’s idea of an exciting place.

History does at times blow through this southern Uzbekistan city, however.

When Soviet forces departed from Afghanistan in the late 1980s, many of them crossed the nearby Friendship Bridge straddling the Amu-Darya River.

The city was jerked out of its drowsiness again on the night of August 14, in the hours after the northern Afghan city of Mazar-i-Sharif, which lies about 80 kilometers away, fell to the Taliban.

The collapse of government defenses sent many hundreds, thousands even, fleeing for the haven of Uzbekistan. The fugitives were a mix of soldiers, militiamen and civilians.

Videos shared on social media gave a flavor of the hubbub as pick-up trucks loaded with men, many of them carrying rifles, waited in hope of admission into Uzbekistan on the Friendship Bridge.

It did not take long for the rumble to reach Termez. Every evening after darkness falls in the city, National Guard off-road vehicles trawl the main thoroughfares and break the relative calm with their loud, discordant klaxons. Things picked up a few notches a few nights ago, injecting apprehension into residents.

“Suddenly at night on August 14 it became noisy. The horns and sirens became louder and louder. I realized something was up at the border,” Mastura Khamrayeva, a 29-year-old resident of Termez, told Eurasianet. “Anxiety appeared in my soul. I look at my cellphone, but I learned nothing. I only found out about everything later.”

Law enforcement indeed appears to have been caught unawares by the swiftness of Mazar-i-Sharif’s fall.

“All over the city, policemen and military were alerted. A long column of heavy and light vehicles began to move in a hurry in the direction of the border,” local journalist Abror Kurbanmuradov told Eurasianet. “Journalists were not allowed through, but instead stopped at the first checkpoint. To get to the border, you have to pass three such police checkpoints.”

The Foreign Ministry lifted its veil of secrecy early the following morning. At 7:20 a.m. local time, it issued a statement saying that 84 Afghan army soldiers had crossed into Uzbekistan and been detained by border guards. There were injured men among the group. On the same day, Uzbek railway workers servicing the section of railways from Hairatan, as the border crossing is known, to Mazar-i-Sharif were evacuated back home.

The Foreign Ministry statement noted that it was negotiating with Afghan government officials on returning the fleeing soldiers to their homeland.

That pledge was wholly superseded by events on August 15, when the Taliban strolled into Kabul and claimed power for itself.

Ahmad Seyam Cakandari, an official at the Afghan Consulate in Termez, told Eurasianet that his understanding is that those who have made it to Termez include the ethnic Uzbek commander and one-time first deputy president of Afghanistan, Abdul Rashid Dostum, and Atta Muhammad Nur, the now-former governor of the Balkh province.

Dostum is believed to own a house in Termez. Nur, meanwhile, moved into a hotel in the city, the diplomat said.

“There were around 1,500 Afghan citizens at the bridge on August 14-15 who wanted to get into Uzbekistan. All but those 84 soldiers, loyalists of Marshall Dostum and Atta Muhammad Nur, were denied entry,” he said.

With the Taliban in complete command of the border area, the bridge is now empty again and nobody is able to leave the country. Legally, at least. On August 16, the General Prosecutor’s Office issued a statement to say 158 Afghan soldiers and civilians had swum into Uzbekistan across the Amu-Darya, but it later retracted that statement, claiming it was based on inaccurate information.

Even in quieter times, Termez, with its one sprawling shopping center and comparatively relaxed mores, has been viewed by Afghans as something of a getaway destination. Around 2,000 Afghans, including many students, live in the city full-time, according to the consulate.

Everything now is in limbo. There is no going back for the time being. And nobody is able to come either.

For Uzbeks, meanwhile, thoughts are turning to what the Taliban’s ascendancy means for their own nation’s security.

Historian Ravshan Nazarov lies with the pessimists and argues that the defenses must go up to ensure that Uzbekistan’s secular character and stability is preserved. He is dismissive of the position that the Taliban are uninterested in affairs beyond the Afghan border and points to the movement’s transnational, ideological roots.

“Central Asian states, especially Uzbekistan, Tajikistan and Turkmenistan, since they directly border Afghanistan, need to put their armed forces on high alert, to strengthen the system of collective regional security,” he told Eurasianet.

France-based political analyst Kamoliddin Rabbimov sees it differently. The Taliban, he said, has no interest in sowing more unrest in Afghanistan, let alone among its neighbors. They need only power.

“The Taliban have gained power, and now they need to hold onto it. In order to retain power, they need to see to the primary needs of society. This means that they will gradually pursue stabilization,” he said.

That leaves Afghan diplomats like Cakandari still uncertain about his future, though. Cakandari said the Taliban have been in contact to ask that embassies continue working as they were before.

“The government in Afghanistan is new, and the Taliban do not have enough trained people. Therefore, we were asked to continue carrying out diplomatic functions. But the flag of the previous government remains. We cannot yet replace it with the white flag of the Taliban, since the new government is yet to be recognized by Uzbekistan,” he said.

Tashkent may be inching toward that endpoint. Its embassies in Kabul and Mazar-i-Sharif never stopped working and the government is already making highly conciliatory noises.

“The Uzbek side maintains close contacts with representatives of the Taliban movement on issues of ensuring border protection and maintaining calm in the border zone,” the ministry said in a statement on August 17.