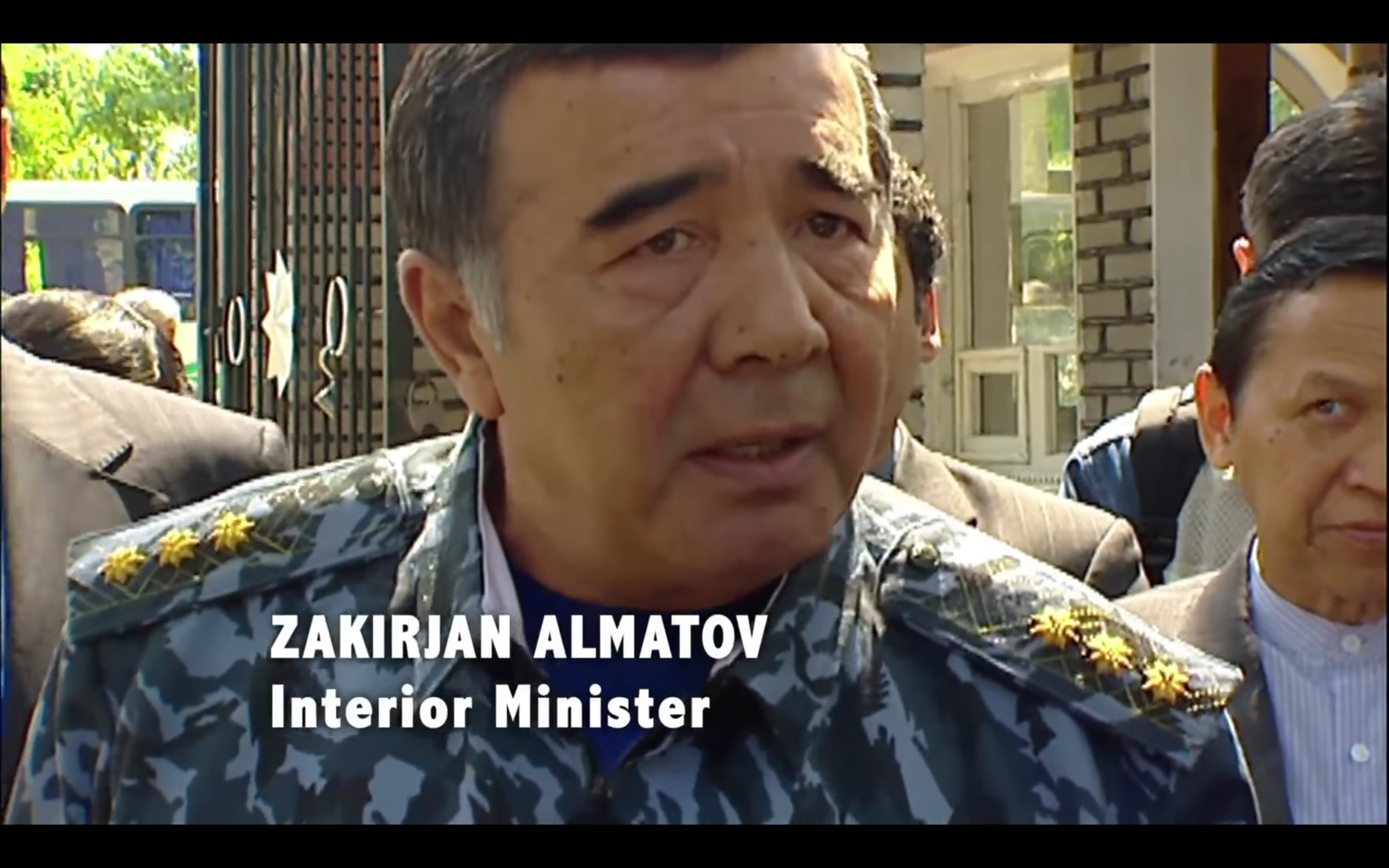 State media in Uzbekistan tends as a rule to avoid the thorny issue of the events of May 2005 in Andijan, so it was unusual to see a documentary revisiting the episode broadcast earlier this week.

The half-hour documentary, titled “The Day That Shook the Golden Valley,” was shown on state television on the evening of February 19, but was also available for viewing online some weeks before.

Much of the narrative is a reprise of earlier state accounts, albeit with some small and telling additions: Insurgents seized weapons from a local police precinct and a military base. They then attacked the prison and liberated 23 members of the so-called Akromiya Islamist group, which is said to have been founded by influential local businessman Akram Yuldashev, along with hundreds of other prisoners.

What the documentary does not dwell upon, however, was the massive rally that was unfolding in a central square in Andijan on that May 13. Many of those killed in the unrest as troops sought to quell the unrest were unarmed civilians.

Versions vary wildly as to the scale and nature of the crackdown that ensued. In its report on events, the Organization for Security and Cooperation’s Office for Democratic Institutions and Human Rights hypothesized on the basis of dozens of witness interviews that between 300 and 500 people had died. The government, however, has always rejected this figure and claimed the true number was 187, including dozens of police officers and soldiers.

In the film, the late President Islam Karimov is shown arriving in Andijan on May 13, 2005, and meeting with community leaders.

“If even 1,000 soldiers come to Andijan, they would not be able to restore order without the support of mahallah (neighborhood) leaders and veterans,” the president is quoted as having said at the time.

Broader aspects of the documentary narrative indicate that the government intends to continue nurturing long-standing theories about the unrest being part of sinister foreign plot, rather than having stemmed from legitimate local grievances. The overarching narrative of the film is that Islamist groups — the narrator names Hizb ut-Tahrir, the Islamic Movement of Turkestan and Akromiya — provoked the unrest as a means to seizing power and that they were given outside assistance to do so.

In the film, two men identified as former prisoners sprung from the Andijan jail during the unrest recall how armed men barged into their cells and informed them that they were now free. One, Adham Tojiboyev, describes the attackers as acting in a calm and coordinated fashion, confirming in his view that the entire episode was planned well in advance.

Why state television has decided after 12 years to revisit this thorny topic is anybody’s guess. Broadcasters and newspaper tend typically to steer clear of this episode, so the film would have to have been cleared at the highest level.

There is one important and topical clue, however. At one stage, the narrator explains how Interior Minister Zokir Almatov purportedly took firm and decisive action in reaction to the unrest.

A film by former BBC Central Asia correspondent Monica Whitlock to mark the 10th anniversary of the Andijan events documents Almatov’s role in recorded telephone conversations between the minister and the gunmen that had taken over the regional government building. Initially, Almatov is heard to say that he will give the men safe passage out of the city with their families, but that he refuses to release their jailed associates, whose incarceration had sparked the protests in the first place. In a subsequent call, when Almatov is informed his offer has been rejected, he is heard to say, “It’s going to get nasty, mate.”

In the hours after that phone call, troops moved in on the protesting crowd and, according to eyewitness accounts, fired indiscriminately.

After the Andijan events, Almatov, who is now 67, was included on a list of Uzbek officials sanctioned by the European Union and the United States. Under pressure from international community, Karimov finally caved and dismissed Almatov.

But since Karimov’s death last year and the ascendancy of the new president, Shavkat Mirziyoyev, Almatov appears to have been rehabilitated and is now running a state anticorruption body. “The Day That Shook the Golden Valley” appears in part to be aimed at nurturing that rehabilitation exercise.