Central Asia’s most populous country is keen on the Green Card lottery, but low returns stoke demand for alternatives. 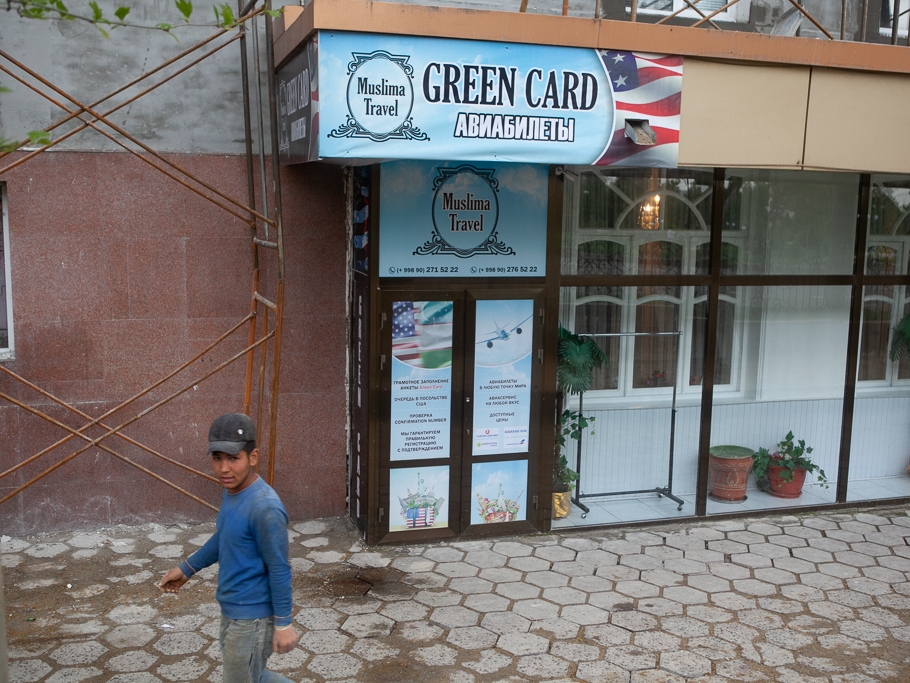 Authorities in Uzbekistan have detained two citizens who offered to facilitate illegal passage into the United States via Mexico.

The long-haul route across America’s southern border is reportedly gaining traction among Uzbeks, Russians and others who are joining the millions of Latin Americans seeking refuge from poverty and violence.

The Uzbeks’ desperation is illustrated by the volume of applications for the United States’ Diversity Visa program. Last year there were nearly 833,000 applications from Uzbekistan, according to U.S. State Department data, down from 2.6 million the year before. (Uzbekistan's population is 36 million.) The number remains among the highest of any of the countries eligible for the program.

In the latest iteration, Uzbekistan placed third in terms of total winners of the program, often known as the Green Card Lottery, with 5,511 citizens earning the right to a visa interview at the U.S. Embassy. The program accepts 55,000 people per year from around the world.

The slim odds of success in the lottery and a grim economic situation in Uzbekistan ensure that illegal migration schemes remain popular.

Uzbekistan’s state security service said in a December 11 statement that the two residents of Samarkand were caught accepting $10,000 each as advance payments to send two others to the U.S. by illegal means.

The total value of the deals if successful would have been $25,000 and $30,000, the security service said, and seen them transit Turkey, the United Arab Emirates, and possibly Spain before traveling to Mexico.

Samarkand region has one of Uzbekistan’s highest unemployment rates, at around 10 percent officially, though true figures are difficult to discern.

Perhaps partly because of this, Samarkand has become a national leader in Diversity Visa applications.

Local blogger Farrukhi Samarkandi told RFE/RL’s Uzbek service Ozodlik in May that some visa lottery middlemen in the area charge $10 for help filling out the application forms.

In the past they would do it for free, but charge thousands of dollars for access to the winner’s code if any one of their numerous clients’ applications turn out to be successful, he added. Samarkandi attributed the growing interest in illegal avenues for migration to former President Donald Trump’s bid to downsize the Diversity Visa program and pandemic-era desperation.

If a report from a year ago is anything to go by, the journey to Mexico for those willing to take the risk is getting less convoluted.

Back then two citizens – also Samarkand residents – were caught in possession of more than 60 of their compatriots’ passports while receiving advance cash to the tune of $20,000.

But clients involved in that particular scheme were expected to travel through Turkey, Bolivia and Colombia before reaching Mexico, according to the state security service, which described a perilous journey across the Amazon River and through Mexican jungle.