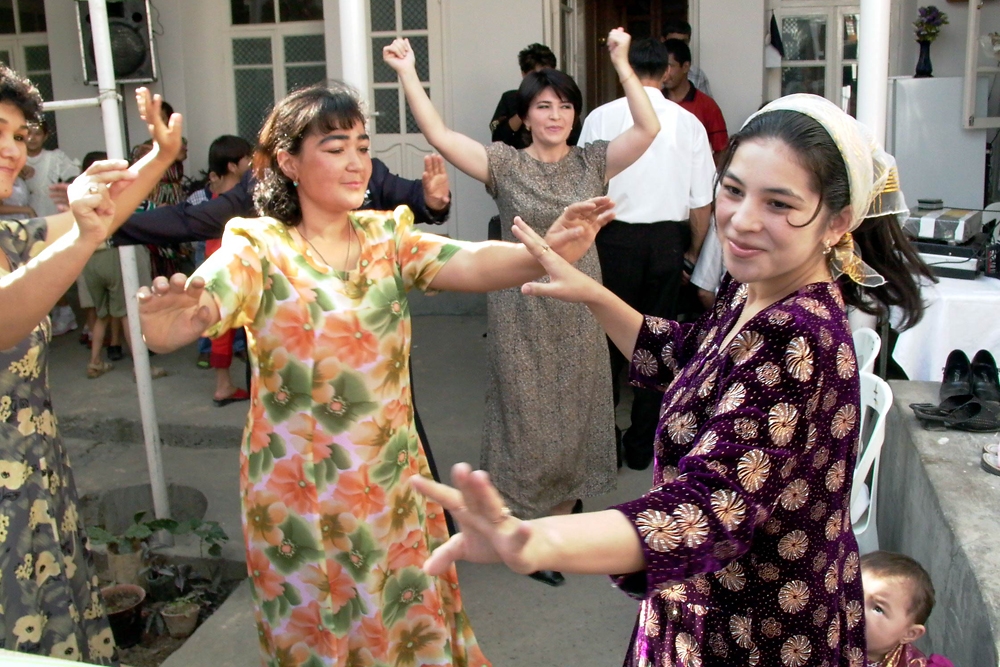 Unofficial estimates peg Tashkent’s population as high as 4 million – up from 1.5 million at independence in 1991. (Photo: OSCE/Lubomir Kotek)

Three years ago, Said Davlatov left his farm in Uzbekistan’s remote Karshi Province, moved to Tashkent, and became a construction worker. The move paid off: he recently bought a small apartment and a used car. But these days, Davlatov and thousands of other Uzbek labor migrants who have flocked to cities are finding themselves suddenly unwelcome.

Urban redevelopment projects that spurred migration from outlying provinces to cities are now nearing completion. With cheap labor no longer needed, wary authorities are pressuring Uzbekistan’s internal migrants to return to their small towns and villages. The last thing officials want to contend with is large pools of young, unemployed men sitting around with nothing to do in Tashkent and elsewhere.

“We have seen crowds of young and unemployed youth attack government buildings this year in Arab countries. We must learn a lesson or risk negative consequences,” said an Uzbek diplomat, speaking on condition of anonymity. There already have been isolated clashes between police and youths in Tashkent’s poorer districts, such as Sergeli, Chilonzor and Kuylyk, the diplomat confirmed.

Uzbekistan’s 28 million citizens are technically required to live in the district written on their state-issued propiskas, or residency permits. For the past couple of years, however, authorities have overlooked residency regulations in Tashkent and elsewhere because of need for unskilled labor to finish large construction projects. But now the side effect of the migration trend is too large to ignore: the population of Tashkent is swelling to a worrisome level.

According to official statistics, the capital’s population was 2.2 million in 2009, compared with 1.5 million at independence in 1991. There’s no accurate count for 2011, but some unofficial estimates peg the city’s population as high as 4 million. There is also an economic argument for authorities to force citizens back to the regions: some have linked the urban migration trend to falling production in the Uzbek cotton sector.

To reverse the urbanization trend, officials again are enforcing the propiska system, which was used during the Soviet era to control population movements. In keeping with a 1999 government decree, non-Tashkent residents are banned from receiving permits to live in Tashkent. According to Olimjon, a retired Tashkent police officer, police are conducting regular raids in Tashkent’s residential areas to identify and expel residents who lack propiskas. Without the permit, parents cannot register their children for school or take advantage of subsidized health care.

“It is a ridiculous system [that allows] corrupt police officers to extort money from people. But it is a necessary tool to control the population,” says Olimjon, who asked his last name not be printed. Tashkent police have been instructed to increase the frequency of propiska control raids, he added.

The government is also introducing incentives to keep residents in rural areas. Even back in 2010, authorities launched a government-funded housing program providing subsidized living space to rural residents across the country. Another program provides loans on favorable terms.

The efforts are dutifully praised in the state-run press. A late-August broadcast on state television provided extensive, positive coverage of subsidized residential housing construction. “Our state is paying utmost attention to increase the quality of life in the countryside. The adoption of myriad government programs, including the subsidized housing program, attests to that,” said the broadcast.

But ask residents in rural areas, and they say the program is not so popular. In the Ferghana Valley village of Yangi Chek, according to a local resident, a subsidized home costs approximately twice the amount of one sold on the open market.

In cities, residents complain that authorities do everything they can to control migration, angering those with and without propiskas alike.

Davlatov, the migrant from Karshi, says that because residents lacking a Tashkent propiska are legally banned from buying and selling property in the city, homes are undervalued. That makes propiska holders livid. Authorities also require employers in Tashkent only to hire those who already have permits to live there, and even school administrators are increasing document checks.

Urban migrants have found ways around the regulations. One confided that the title for his new apartment is registered in the name of a neighbor with a Tashkent propiska. Parents are known to pay teachers to overlook the lack of a propiska for a given district. “Our people have become exceptionally adept at beating the system. If there are new rules, there are always ways around them,” Davlatov said.