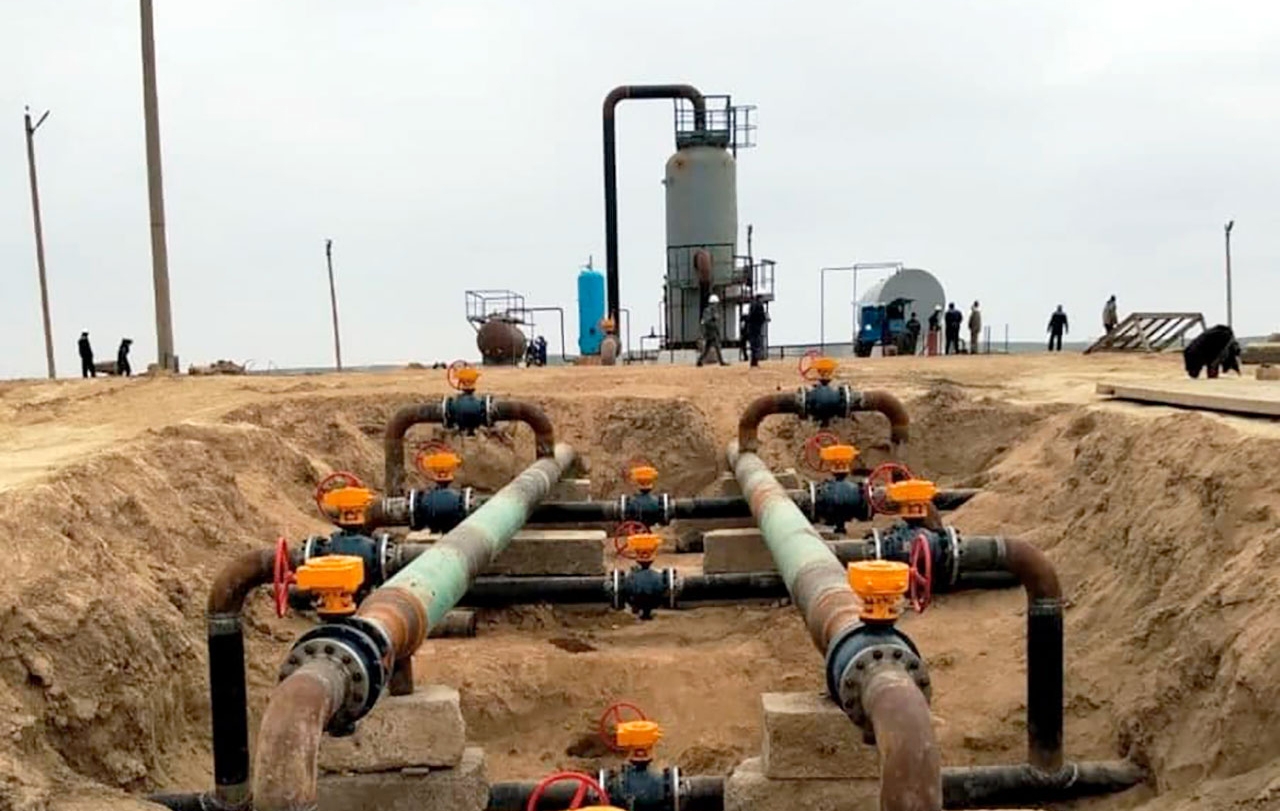 Uzbekistan is seeking Azerbaijan’s help modernizing its energy infrastructure, one cause of frequent blackouts. (Uzbekneftegaz)

It has been clear for some time that Russia’s war in Ukraine is driving the Central Asian states and Azerbaijan to forge tighter partnerships, as countries in Moscow’s orbit cast around for new trade routes bypassing their internationally isolated former colonial master.

Now, news that Uzbekistan and Azerbaijan have signed a landmark deal to boost energy sector cooperation confirms that the drive for closer integration is only gaining impetus.

On August 29 their Energy Ministries signed a roadmap outlining their goals and plans up to the end of 2023.

They will pursue joint projects in the oil and gas, petrochemical and renewable energy sectors, an Uzbek Energy Ministry statement said.

They will work together to lure investment for energy projects, including in the electric power and natural gas sectors, and share best practice on constructing thermal power plants.

This is pertinent to Uzbekistan as is it seeks to overhaul its power sector, whose creaking infrastructure is one cause of frequent blackouts.

Uzbekistan and Azerbaijan will also pool information on liberalization of energy markets and privatization. This is another priority for Tashkent as it tries to loosen its grip on an industry that has hitherto been state dominated, in order to woo investment and make the sector more efficient.

Uzbekistan’s Uzbekneftegaz and Azerbaijan’s SOCAR, the national energy companies, have committed to a stronger partnership, eyeing joint projects in prospecting and extraction of hydrocarbons and in green energy.

“Cooperation between Uzbekistan and Azerbaijan in the field of energy has been at the top of our agenda for a long time,” Azim Akhmedkhadzhayev, Uzbekistan’s acting energy minister, said.

“Today there is a strong foundation, relating, in particular, to our partnership with oil and gas company SOCAR and documents signed today successfully build and expand further on this foundation, notably in the areas of renewable energy, skills exchange and efficient use of energy resources for the benefit of economic development of both countries.”

His remarks were quoted in a press release emailed to journalists by Thoburns, a London-based PR firm acting for Uzbekistan’s Energy Ministry, which contained a further intriguing detail.

The roadmap also envisages “cooperation in the liberated territories of Azerbaijan,” it said.

It gave no further details, but that was clearly a reference to territories retaken from Armenia during the 2020 war.

This comes after Tashkent recently threw its weight behind a major infrastructure project in the Caucasus that is strongly backed by Azerbaijan and its ally Turkey, but which arouses Armenian suspicions.

That is the mooted “Zangezur corridor,” which would pass through Armenia’s Syunik province on defunct, Soviet-built railroad tracks.

“Uzbekistan is interested in the restoration of the Zangezur corridor, which could assure the shortest overland route from Asia to Europe,” Vladimir Norov, Uzbekistan’s acting foreign minister, said last month, at the first session of a new dialogue format between Uzbekistan, Turkey and Azerbaijan.

That forum highlights how Russia’s invasion of Ukraine has prompted countries to pursue closer links within the Turkic world – an unwelcome side effect of the war for the Kremlin, which views Central Asia and the Caucasus as its own backyard.