Uzbekistan: Back to the USSR? 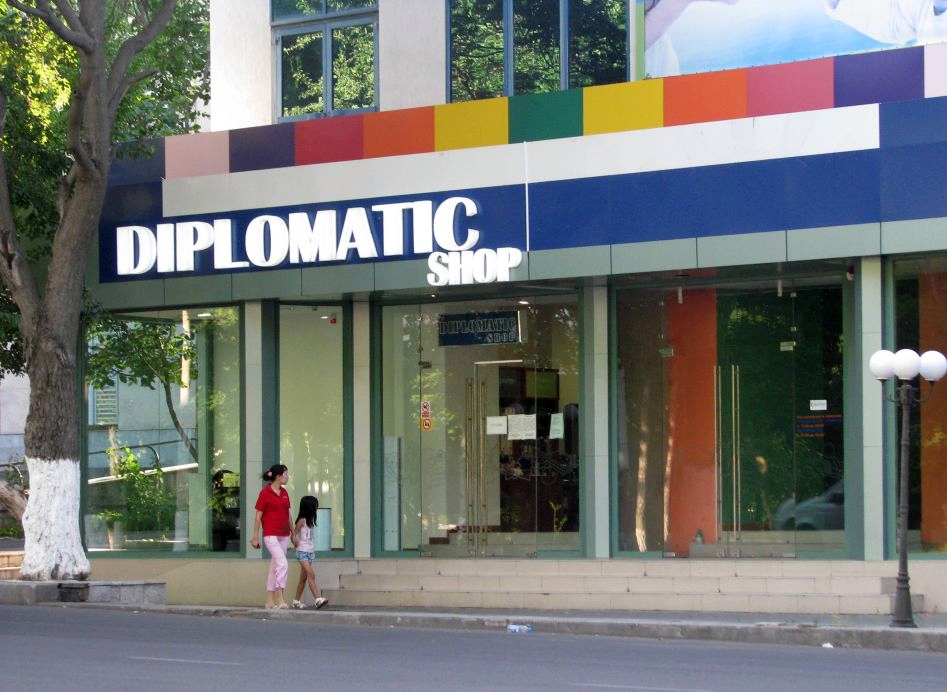 In Uzbekistan, it’s sometimes like the Soviet Union never really went away. Walking around downtown Tashkent recently, I spotted a store advertising itself in English as a “Diplomatic Shop.” In the USSR, state-run Beriozka stores sold imported wares and hard-to-find local goods to foreigners in exchange for hard currency to supplement state coffers. Could it be that this Soviet institution had made a comeback in Uzbekistan, some 20 years after the collapse of the Union?Like it’s predecessor, the Diplomatic Shop had well-stocked shelves lined with imported premium-brand liquor and perfume. Payment was accepted in hard currency or by credit card only. But there was a catch – a notice on the door said the goods were only for sale to diplomats or those with Foreign Ministry accreditation to live and work in Uzbekistan (that’s more than just a business visa). Playing the dumb foreigner, I entered the store anyway. The assistant immediately asked to see my diplomatic ID or accreditation card. I came clean, admitting I had no such documents, and asked if I could have a look around.“That's not possible,” replied the assistant. “Could you, for instance, tell me the price of a bottle of wine?” I enquired.“That's a secret.” The question was relevant as Uzbekistan applies notoriously high taxes on imported wine and liquor. An average bottle of foreign wine starts at around 60,000 som ($35) in a shop and about double that in a restaurant. Could it be that the diplomatic corps is being kept happy with subsidized booze, while the Uzbek government rakes in the hard currency? Sounds remarkably like the USSR to me.