While it is not unusual to have outsiders argue about what is best for Uzbekistan, it is less customary to see such spirited debate inside the country. 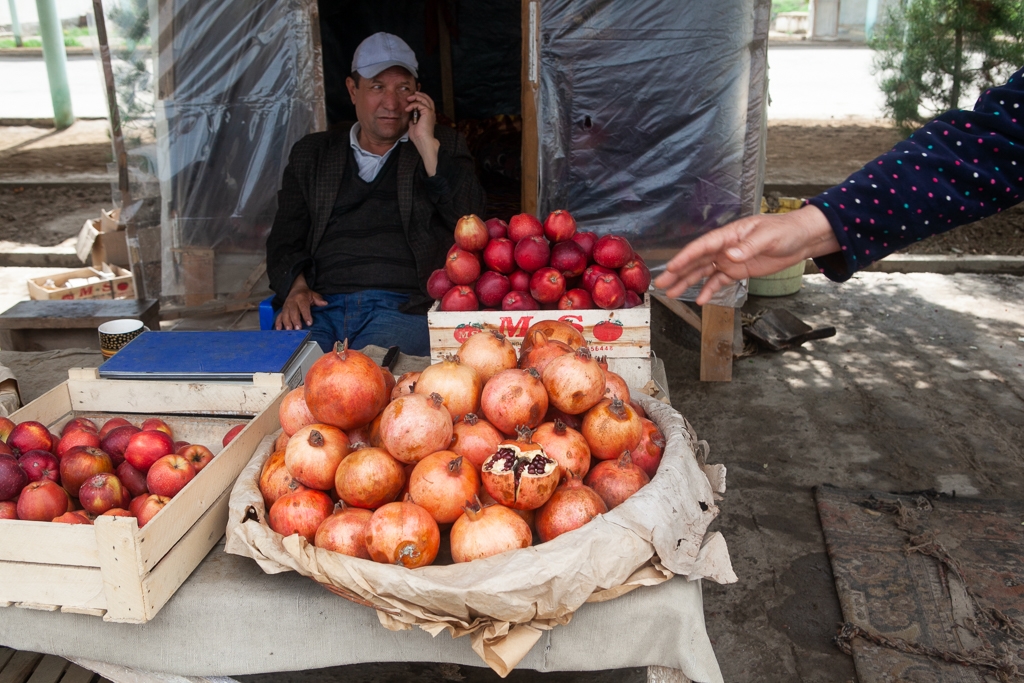 A surprising candidate waded last month into the long-running debate about whether or not Uzbekistan should join a Russia-dominated Eurasian Economic Union trading bloc.

Addressing an event in Washington held by the American-Uzbekistan Chamber of Commerce, U.S. Commerce Secretary Wilbur Ross sounded cool on the idea, arguing that it could derail Tashkent’s plans to integrate with the wider global economy.

“Pursuing membership right now in the Eurasian Economic Union could complicate and extend the [World Trade Organization] accession process beyond the timeline set by Uzbekistan’s leaders,” Ross said in an October 22 speech.

“It is all the more strange to hear these statements from an American administration that is creating all kinds of mess in world trade, waging trade wars and, in fact, causing the disruption of international trade,” Medvedev said.

It was another outsider who helped move the conversation center stage earlier in the month.

On October 2, Valentina Matviyenko, the chair of Russia’s upper house of parliament, the Federation Council, revealed while on a three-day visit to Uzbekistan that President Shavkat Mirziyoyev had committed to finally making a decision on the matter.

“We know that it had been announced, that the president of Uzbekistan has made a decision, and that the decision about Uzbekistan joining the Eurasian Economic Union is being worked out,” Matviyenko said, addressing her Uzbek counterpart.

While it is not so unusual to have outsiders argue about what is best for Uzbekistan, it is less customary to see such spirited debate inside the country among members of the elite.

Businesswoman Aziza Umarova, for example, wrote a forcefully argued cri de coeur on her Facebook page in a post that she hash-tagged #backtoussr.

“I fear that we do not have enough qualified manpower to conduct negotiations with the Russians. From the experience of others, I would note that we will probably be unable to fight for technical regulations for our exports that would benefit us,” wrote Umarova, who has previously expressed her intent to run for parliament with the president’s Uzbekistan Liberal Democratic Party.

Umarova said the EAEU would doom Uzbekistan to isolation and dependence on an economically troubled Russia.

“There would be no way back. Absolutely none. There could be no quiet divorce,” she wrote.

Officials were clearly more cautious, however, and tested the winds before adopting a position.

After two days of silence following Matviyenko’s remarks, the first deputy chairman of the Senate, Sadyk Safoyev, who has before acted in effect as a proxy for the president’s office on the EAEU question, emerged to play down the clamor.

“Nothing so sensational has been said here. Three years ago, the process of resetting the foreign policy of Uzbekistan began to make it more open, more pragmatic, less politicized, less ideological,” Safoyev said. “Of course, Uzbekistan is studying the prospects of entering into this structure. This will entail pluses and minuses.”

Uzbekistan’s fortunes are in many ways already bound to the members of EAEU, who also include Armenia, Belarus, Kazakhstan and Kyrgyzstan. Anywhere upward of the million Uzbek citizens live and work in the bloc’s two largest members, Russia and Kazakhstan. Those countries are also important buyers of Uzbekistan’s agricultural output.

Writing in the Khalq Sozi state newspaper, economist Dilfuza Rakhimova spoke about how the guaranteed free movement of goods, services, capital and labor within the bloc would help enhance progress made in the past three years.

“In 2016-2018, trade turnover between Uzbekistan and EAEU nations has, thanks to bilateral agreements, increased by 52 percent to $9.65 billion, which is equivalent to around 30 percent of Uzbekistan’s foreign trade,” Rakhimova wrote in an October 29 editorial.

Those countering that argument point to the fact that China in 2017 overtook Russia as Uzbekistan’s top trading partner.

Either way, it feels new that there is a lively domestic debate taking place around the EAEU – one that is in ways reminiscent of the Brexit discussion that has gripped the United Kingdom since the June 2016 referendum in that country.

A week after Matviyenko left Uzbekistan, the leader of a party called Milliy tiklanish, or National Revival, decried supporters of accession as people wishing to reconstitute the Soviet Union and dilute Uzbekistan’s sovereignty.

“We are categorically opposed to entry to a supposed economic union that is pursuing political goals,” Milliy tiklanish leader Alisher Kadyrov told Kun.uz website in an interview.

Bahrom Ismailov, a prominent lawyer who is an enthusiast of the EAEU, told Eurasianet that membership was just a matter of pragmatism.

“Labor migrants spend about $2 billion every year on registering and renewing work permits. If Uzbekistan joins the EAEU, its citizens will not have to apply for work permits in those other countries. This money will go back into Uzbekistan’s economy,” Ismailov said.

Political analyst Farkhad Tolipov does not buy the argument that the migration issue should be use as the basis for accession.

“Labor migration, due to its negative nature, cannot serve as an integrating bond. The problem of labor migration from Uzbekistan is being perfectly well resolved at the bilateral level,” Tolipov told Eurasianet.