Sufis were harassed by the old government. The new one sees tourist potential. 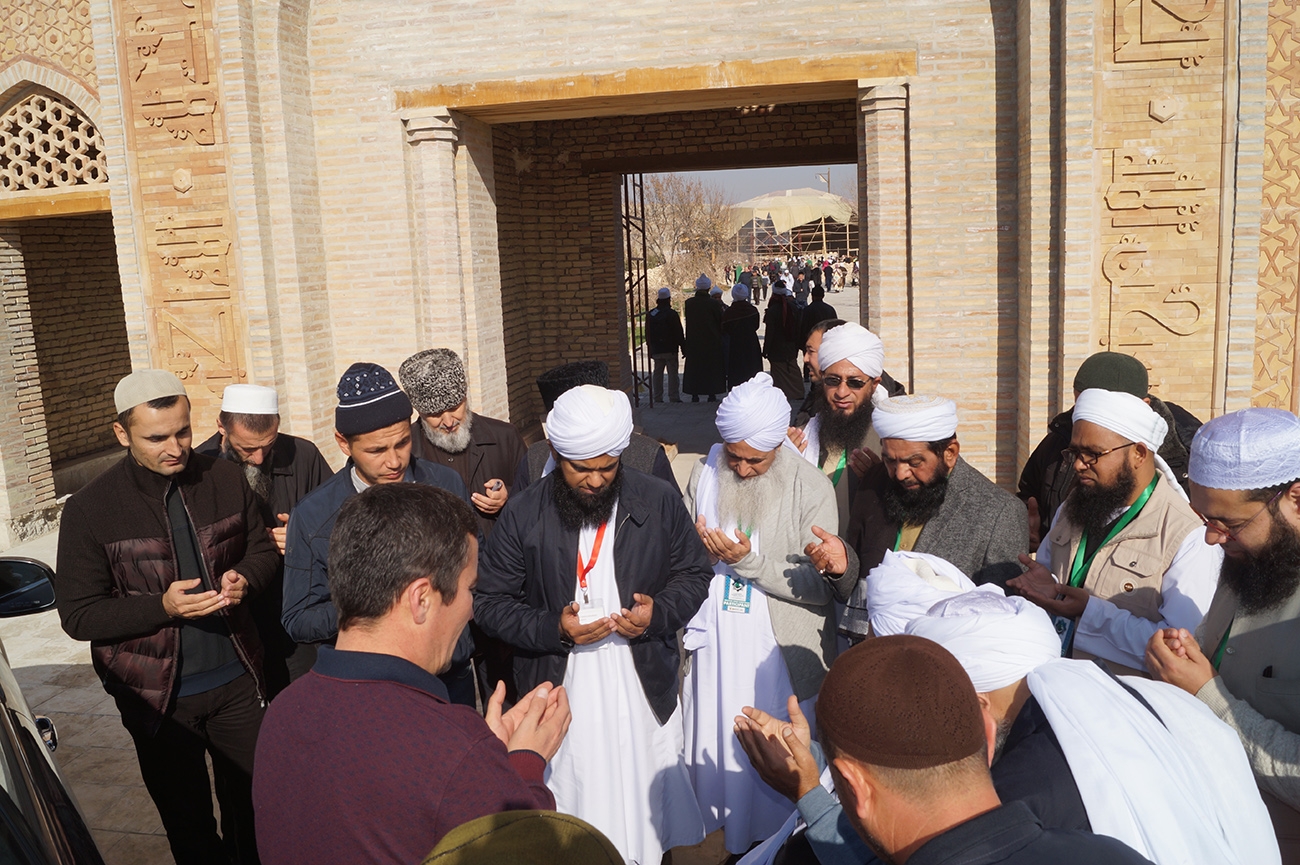 For a week in the middle of November, Bukhara played host to an unusual sight. Around 170 devotees of the Naqshbandi order of Sufism from some 18 countries, many of them wearing a colorful variety of skullcaps and turbans, descended on the city. 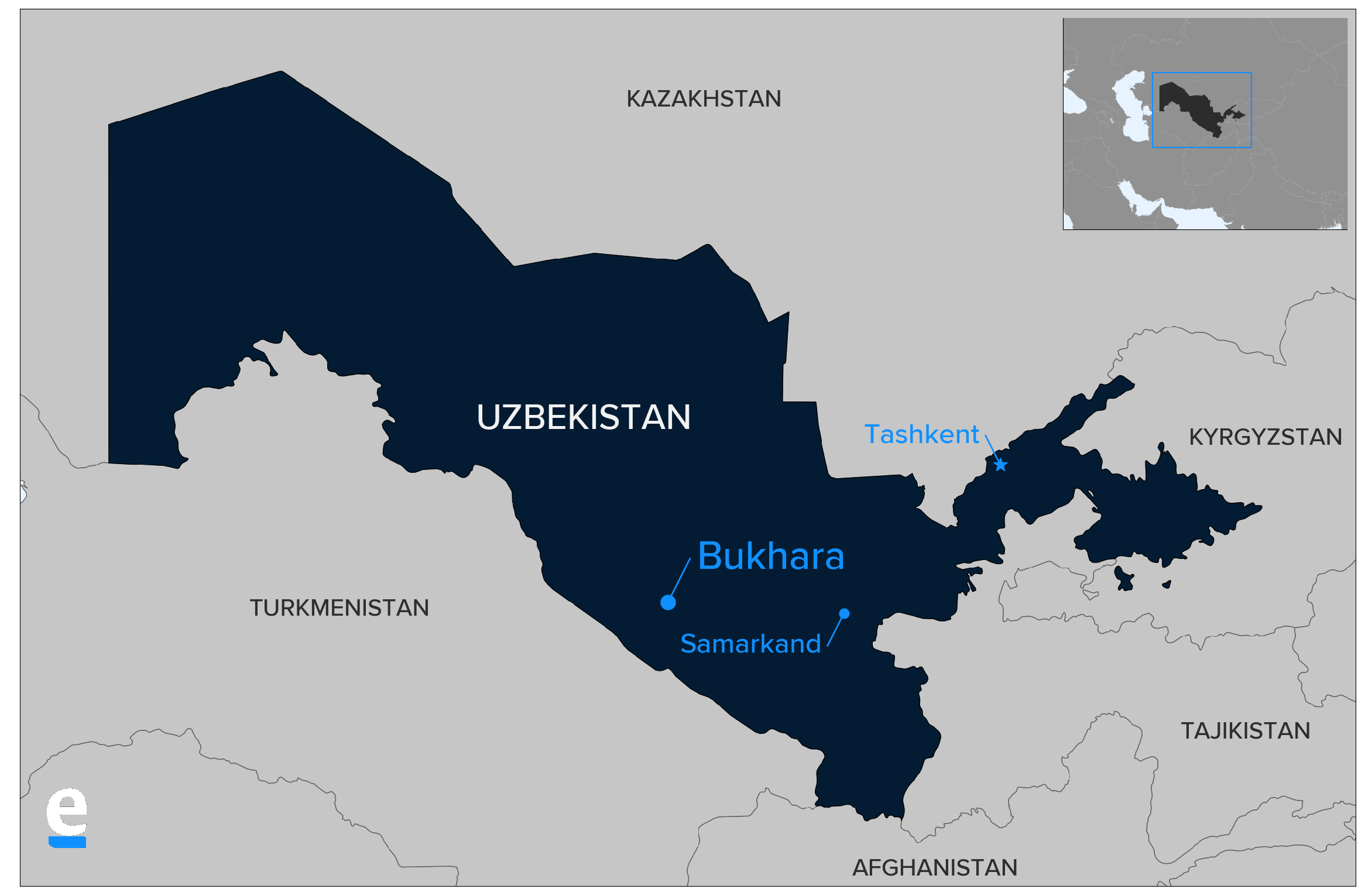 Bukhara, one of Uzbekistan’s tourist magnets, is more used to seeing visitors from Europe and Japan. The government’s attention is now turning to generating revenue from Muslim Sufi pilgrims eager to see for themselves the land where their faith first sprouted.

Few are as happy at this turn of events as the often-embattled local community of Sufi adherents.

“My joy is unbounded. Look how Sufis have come to holy Bukhara from all over the world, and once again we can loudly speak out the name Naqshband. Glory to God that his ideas and deeds live in the mind and hearts of the people,” one excited Bukhara resident, Kuvandik Kutliyev, told Eurasianet.

Bukhara is a place of particular significance because it was there that the founder of a major Sufi order, Bahauddin Naqshband, was born in 1318, exactly seven centuries ago. The Naqshband name derives from the Persian word for the craft of decorative fabric weaving.

When he is not tending to his crop of figs, pomegranates and onions on his 5,000 square meters of land, Kutliyev volunteers as a caretaker for the mausoleum of another Sufi venerable, around 50 kilometers outside Bukhara. In welcoming the delegation of guests, Kutliyev communicated in broken Arabic.

A highlight of the pilgrimage were the Friday prayers at Naqshband’s mausoleum, just outside the city.

Among the more prominent visitors was Abdul Kareem Bin Said Khadaied, a fulsomely bearded 65-year-old Malaysian in a snow-white turban. It was his organization, the Kuala Lumpur-based World Sufi Center, that organized the pilgrimage. The sheik hailed Uzbekistan for rolling out the red carpet for him and his co-religionists.

“There are more than 40 million followers of this teaching in the world. There are 15 million in Malaysia alone. There are many who wish to visit the homeland of the great Naqshband,” he told Eurasianet.

Sufis have had an ambivalent history in modern Uzbekistan. Along with followers of other strands of Islamic belief, they suffered intensely under waves of atheist repression in the Soviet Union. As the collapse of the Soviet order loomed, pilgrims from around the world resumed their trips to holy sites in places like Bukhara.

When Uzbekistan obtained independence, Sufism held out a strong appeal to the authorities for its moderation.

In a manner that was comforting for a government averse to demonstrative piety, Naqshbandi Sufis have typically practiced a sober rite, eschewing the ecstatic displays associated with whirling dervishes. Bahauddin Naqshband believed that every Sufi could learn to commune with God in solitude through quiet dhikr – a form of meditation signifying “remembrance of God.” At the other end of the spectrum, Naqshbandis have historically been the object of disdain from ultra-orthodox Salafists.

“Sufis are often called mystics, because they sense the presence of God in the real world. They give metaphorical and sacral meaning to everything,” Alexander Jumayev, an Uzbek scholar of Sufism, told Eurasianet.

The largest communities of Uzbek Sufis have been found across the Ferghana Valley, in cities like Andijan and Kokand, and in Bukhara. If they were tolerated, and even supported, for long stretches of time under the rule of the late President Islam Karimov, who died in September 2016, the mood changed somewhat in 2005. Following the bloody crackdown of an uprising in May that year, any Islamic practices without explicit state approval became suspect at best and object of violent hostility at worst. If Sufis once gathered and prayed in relative openness, they no longer did so for fearing of being lumped in with extremist elements by a religiously undiscriminating government. Until recently, Sufis faced harassment.

This all lends special importance to the decision by Karimov’s successor, Shavkat Mirziyoyev, to once again embrace Sufism and explore ways to attract global devotees to Uzbekistan.

Last December, Mirziyoyev signed a decree for the creation of an Islamic academy. In doing so, he stressed that Naqshbandi Sufism would be an object of particular study.

In some respects, this turn to Sufism is predicated on cold economic considerations. A presidential decree adopted last August includes the development of pilgrim tourism among the government’s overall tourism strategy. Possibly with that thought in mind, 30-day visa-free travel for nationals of Malaysia, Turkey and Indonesia was introduced in February 2017.

Saida Arifkhanova, a scholar, said that the shift of stance on Sufism could also be read as an attempt by the authorities to seek a panacea against the potential dangers of Islamic radicalization. She said that the plan is not wholly convincing, however.

“This is misguided, because the ranks of the Sufis contain their own radicals. There is tension and ideological division even among Sufi orders,” Arifkhanova said.

The visiting faithful in Bukhara were not second-guessing motivations and possible outcomes, however, and instead relished a rare opportunity.

Eighty-one-year-old Isomiddin Umarov came to Bukhara from Tajikistan. He can no longer move around unassisted, so his sons helped him make the journey. His interest in the Naqshbandi order first appeared around half a century ago. Ever since, he has carried the commandments of Naqshband in his heart, Umarov said.

“You must have love for God and, in order to feel him, you must submit to dhikr. This is the only way you can be a Naqshbandi. In my homeland, I educated a dozen or so followers of this great teacher and now I can depart with a pure soul. I am in Bukhara. I am happy that I was able to touch the relics of Naqshband and to pray by his tomb,” Umarov said.