Uzbekistan: Between Russia and the West 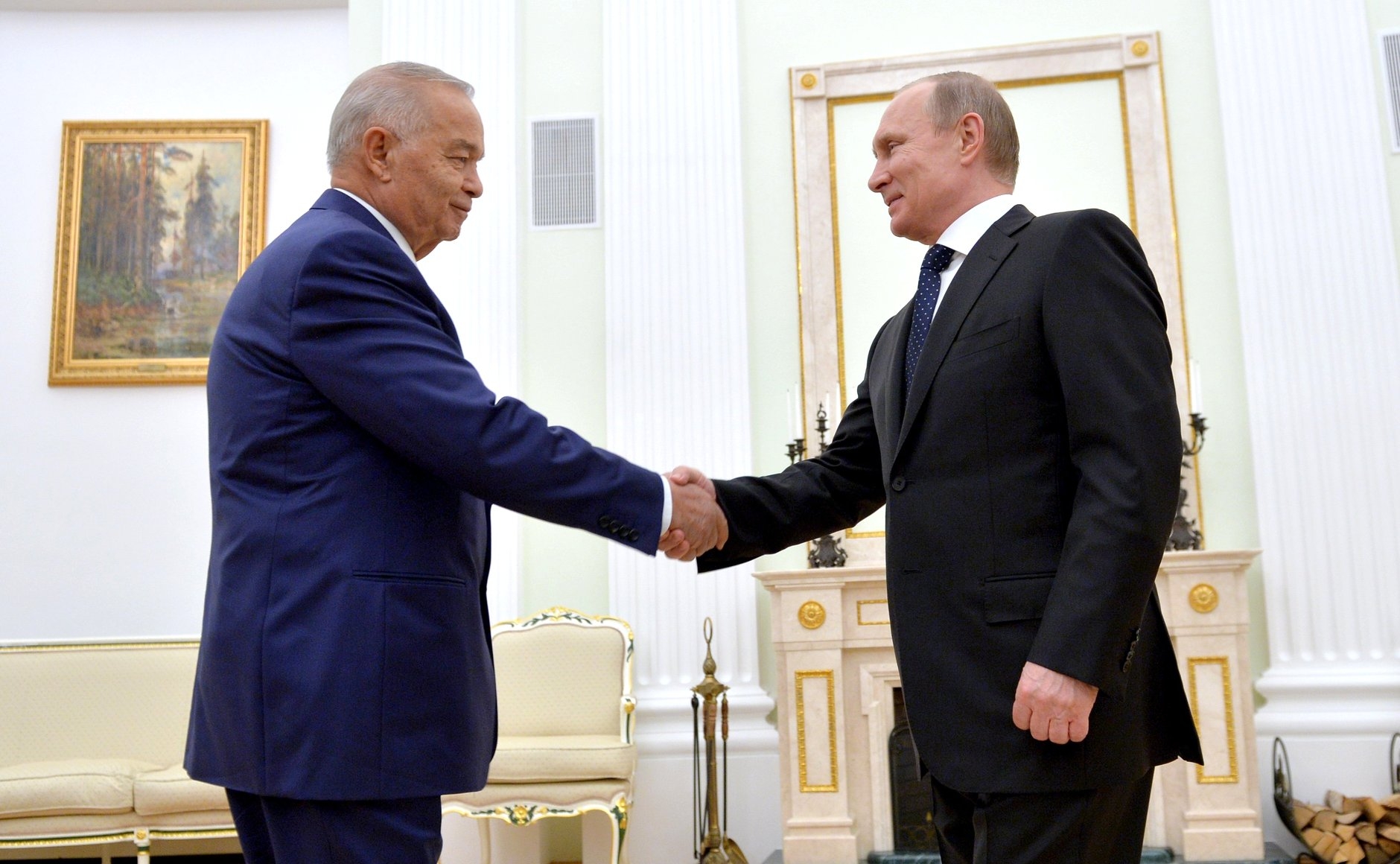 Mindful of the diplomatic tightrope walk that his government performs between West and East, Uzbekistan’s President Islam Karimov headed to Russia on a rare foreign trip on April 25.

Talks during the two-day visit are expected to focus on security cooperation — Uzbekistan is reportedly eager to snap up some new Russian military technology — while also possibly finalizing a debt forgiveness deal that will see Moscow give up on $865 million it is owed.

If Russia expects undying gratitude, however, it need not bother, since Uzbekistan will all the same continue to cultivate its friendship with the United States and other partners in Asia.

Russia’s State Duma ratified the deal to write off the bulk of Uzbekistan’s debts in late March, leaving Tashkent with only another $25 million left to pay. But Uzbekistan sees this as no act of generosity, but rather considers the deal as fair quid pro quo for relinquishing its claim to its stake in Russia’s Diamond Fund, a vast collection of riches inherited from the Soviet Union.

Uzbek media have remained silent about the details of the debt waiver, so there are few details about how the debt accrued and what calculations the government in Tashkent performed in working out its share in the Diamond Fund.

Tashkent-based political analyst Anvar Nazirov suggested the valuables in question may have been spirited away by the Russian imperial army during their conquest of the Kokand and Khiva khanates, and the Bukharan emirate. These may have included rare manuscripts, diamonds, gold and silver. Later, the Bolsheviks also did their own share of looting from the treasures of the Emir of Bukhara.

“Uzbekistan should not relinquish its rights to these artifacts. These are a historical and cultural legacy of the Uzbek people. Sooner or later, Russia will have to return them to their rightful owners, as the Germans did after World War II,” Nazirov said.

Such historical resentments flavor attitudes to this day.

Unlike its neighbors — Kazakhstan, Kyrgyzstan and Tajikistan — Uzbekistan has persistently snubbed overtures to enter the Moscow-led Eurasian Economic Union. It has also kept the Collective Security Treaty Organization security bloc at arm’s length.

“On some foreign television channels, you can see examples of praise for the era of Vladimir Lenin and Josef Stalin, and the times of the Soviet Union. We have no time for such things. We have our own model of development that is in tune with the aspirations of the people. I want to reiterate that there will be no return to the past. Uzbekistan will never be part of entities resembling the former Soviet Union,” Karimov said in a speech to parliament in January 2015.

Karimov notably said in that same address that he would never allow the deployment of foreign military bases in Uzbekistan — a remark that could as easily have been addressed to the West, the United States in particular, as to Russia.

Nazirov said he believed that Russia’s policy toward Central Asia should be read as straightforward post-Soviet neocolonialism. “This is reminiscent of the doctrine of limited sovereignty, which the United States adopted toward Latin America back in the day,” he said.

But St. Petersburg-based expert on Central Asia, Sergei Abashin, said relations between Moscow and Tashkent were overall not too bad.

“There is no warm friendship, but there is also no conflict. A balance of interests has been established, and both sides are eager to maintain it,” Abashin said.

Still, Uzbekistan’s foreign policy posture has evolved markedly since the turbulence of the past few years in Ukraine. Tashkent has been clear in its opposition to Russia’s behavior in Ukraine, and has spoken in support of Ukraine’s territorial integrity.

Nazirov said that Uzbekistan has adopted a multi-vector foreign policy — a wonkish term, once much used by Kazakhstan’s diplomatic corps, that stands for simultaneously nurturing relations among a variety of sometimes mutually hostile partners. “Tashkent doesn’t want to spoil relations with Russia, but at the same time it deals closely with the United States, South Korea, Japan, China and NATO. This is not an attempt to maintain a balance, but a reflection of the realities in Central Asia,” he said.

Uzbekistan’s proximity to Afghanistan nudges it toward cooperation with the European Union, the United States and NATO. Karimov has repeatedly stated that the drawdown of NATO-led troops in Afghanistan was overly hasty, and he has used that position to pressure the West into helping him bolster the country’s defenses.

Uzbekistan is also eager to secure cutting-edge technology and financial resources, which is where Asian, European and US assistance is seen as especially critical.

Yet while keeping Russia at a distance, Uzbekistan still sees its former colonial master as a useful partner in security matters. Last year marked a decade since the signing of the Russia-Uzbekistan Treaty of Alliance Relations, a pact that grew out of Uzbekistan’s estrangement from the Western international community following the bloody crushing of mass unrest in Andijan in 2005.

Russia is Uzbekistan’s main market for exports. And Uzbekistan has the fourth largest trade turnover with Russia among the former Soviet republics. Russian ambassador to Uzbekistan, Vladimir Tyurdenev, told reporters in Tashkent in December that trade between the two countries in the first three quarters of 2015 had fallen by 29.2 percent year-on-year, to $2.14 billion, because of the depreciation in the value of the ruble.

“But in some areas, there has in fact been an increase. For example, over the same nine months, deliveries of Uzbek fruit and vegetables to Russia increased by 78.4 percent,” Tyurdenev said.

The fate of the two countries is far more intertwined than Tashkent would prefer, as the plight of Uzbekistan’s 1.9 million migrant laborers in Russia attests. The Central Bank in Moscow has said remittances to Uzbekistan in 2015 sunk to $3.06 billion — a sharp drop from $5.65 billion in 2014 and $6.69 billion in 2013.

Sunnat Yunusov, who has worked as a cook in a Moscow restaurant for five years, said he earned around $1,100 monthly before the collapse of the ruble. That has now dropped to around $500. He still has no intention of returning to his home country, however.

“I can’t even make that money back home. Mind you, it is difficult for Uzbeks to find work now in comparison with the Kyrgyz. They are already in the Eurasian Economic Union, so Russian employers tend to give them preference,” Yunusov said.