If nothing else, this latest conflagration has apparently convinced officials in Tashkent about Sokh’s plight. 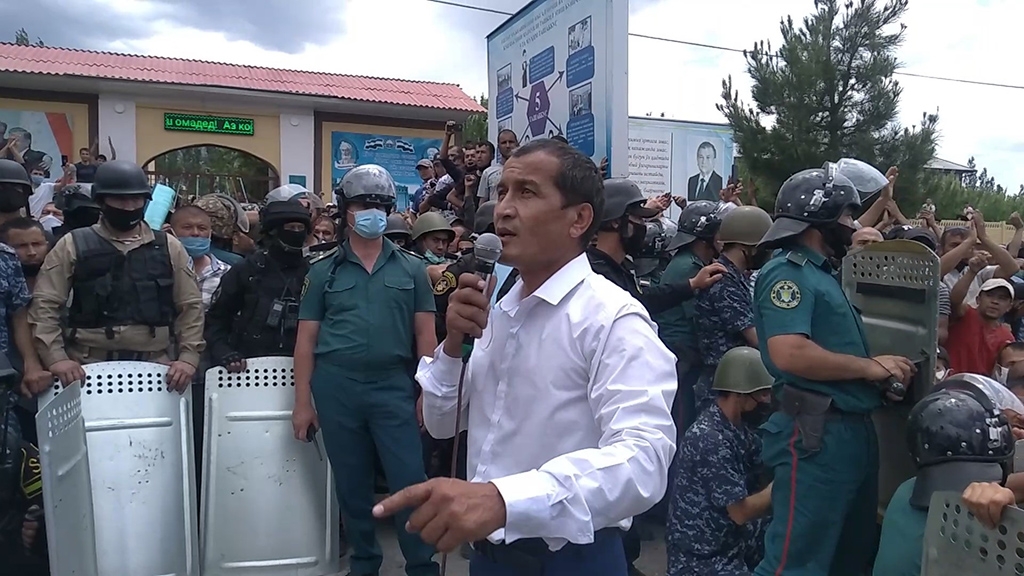 A violent border dispute involving residents of Uzbekistan’s exclave of Sokh, which is fully surrounded by Kyrgyzstan, may spur Tashkent into exploring how to ease life for communities there, ending decades of indifference and inaction from officials.

The source of the conflict that unfolded on May 31 is all in the name. Combatants came from the Sokh district village of Chashma and the Kyrgyz village of Chechme. In Tajik, the language spoken by most Sokh residents, the word chashma means water spring.

And it was a disagreement about rights to access the local water source that set off the fighting. The action played out to a familiar scenario. First the two sides pelted one another with stones. Some used slings to increase the range. On this occasion, things got out of hand and at least three buildings were set alight. 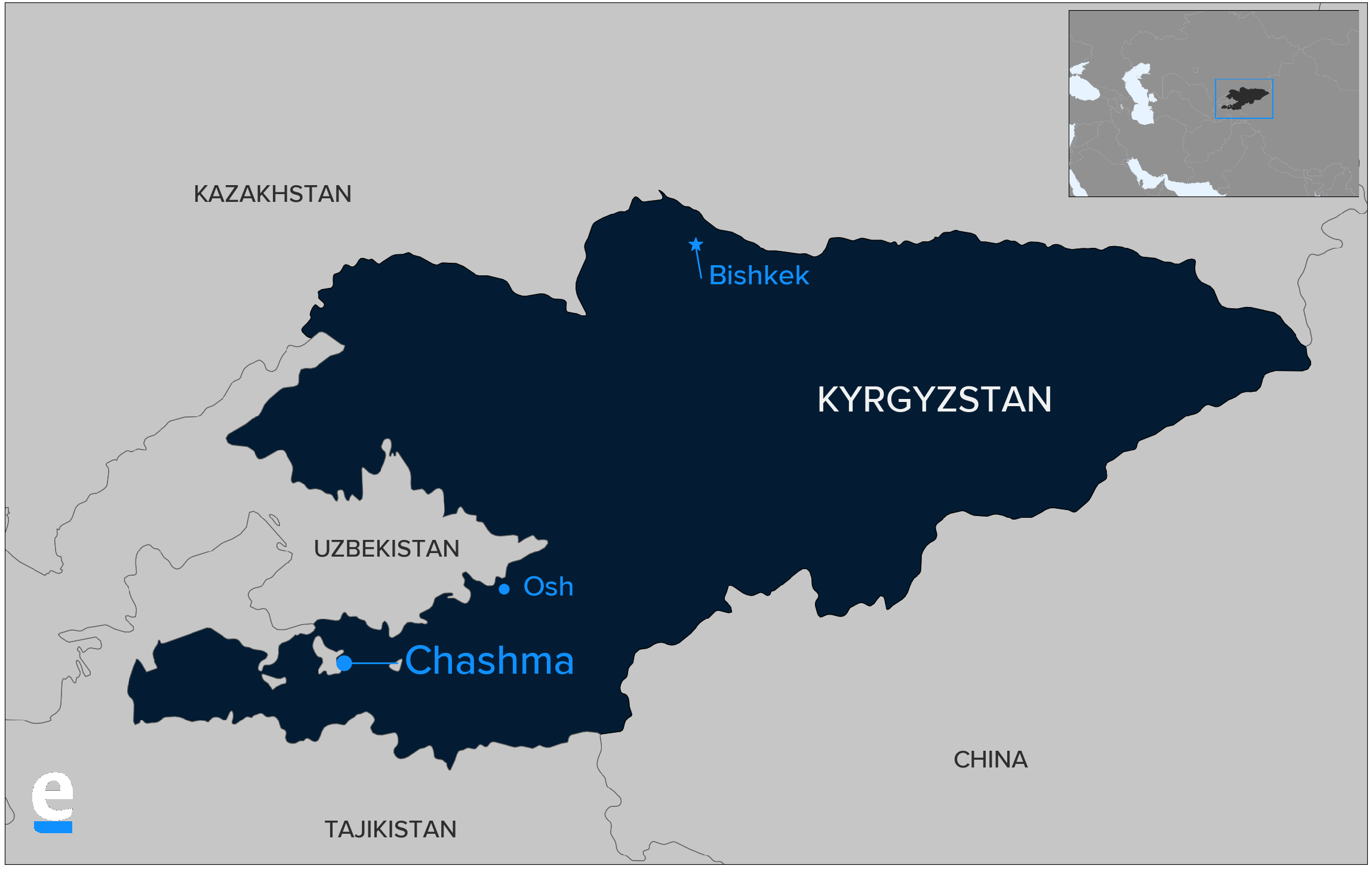 The Uzbek Foreign Ministry noted in a statement after the unrest that joint use of the spring is regulated under the terms of a bilateral agreement.

Kyrgyz health officials say 25 people were injured. The toll was even heavier on the Uzbek side. Officials say 187 people were taken to Sokh Central District Hospital to be treated for injuries of various severity. Fifteen needed to be airlifted out to the city of Ferghana for more specialist treatment.

Uzbek Prime Minister Abdulla Aripov flew to the scene on June 1. He was accompanied by the Ferghana governor Shukhrat Ganiyev and the head of the security services, Lieutenant General Abdusalom Azizov.

The community complained about problems that have accumulated over the years without resolution. First and foremost is the catastrophic shortage of water, which has to be brought into the district once a month. They also spoke about the irregular supply of food, the difficulties of grazing animals in border areas and the lack of direct access to the mainland Ferghana province.

Sokh is, in effect, an island. Its 70,000 people, of whom around nine-tenths are ethnic Tajiks, are spread across 19 settlements entirely englobed within the territory of Kyrgyzstan. Getting to the rest of Uzbekistan entails crossing the border, twice.

Agriculture is the only source of employment. There is no industry to speak of. Still, the local product enjoys particularly high esteem. In the Ferghana Valley, it is said that the best potatoes, apricots and walnuts come from Sokh.

Many of those not involved in arable farming have cattle. But competition for pastureland with Kyrgyz neighbors regularly causes quarrels.

One of Sokh’s primary exports is its people. Many go to Russia as cheap labor.

The exclave’s boundary issues have been complicated by geopolitics. Kyrgyzstan is a member of the Eurasian Economic Union, a Russia-dominated trading bloc. For that reason, the only road linking Sokh to Rishton, the nearest mainland town in Uzbekistan, is securely guarded. This corridor was briefly thrown open last August, but was then within days shut again at the behest of the EAEU, which is wary of the unvetted movement of goods and people from non-bloc nations.

Aripov pledged to somehow address the problem of the road.

“Today we raised the issue of the prompt opening of the Rishton-Sokh highway. This would mean that the road leading to Ferghana will be shortened by 80 kilometers. The Kyrgyz delegation will report on this to their president,” Aripov told Sokh residents.

The problem of the enclaves dotted around the Ferghana Valley are the result of the messy national-territorial process that took place in the early Soviet era, in the mid-1920s. When the Soviet Union existed, the borders had little significance, but the acquisition of independence by Kyrgyzstan, Tajikistan and Uzbekistan has given rise to a relentless cycle of community skirmishes. The shortage of resources and diffidence toward national-level brokers has only exacerbated the problem.

A historian from Uzbekistan, Ravshan Nazarov, believes that a compromise here is hindered by an acute shortage of natural resources – arable land, pastures, hayfields, forests, water, and fuel sources.

“Local residents view the activities of the people conducting negotiations on border delimitation with a certain distrust,” Nazarov told Eurasianet. “Doubts about the prospect of a fair distribution of border areas and natural resources are causes of conflict.”

Sergei Abashin, a historian of the region from Russia, said that local tensions then feed distrust at a higher level as governments are required to adopt strong positions on defending territorial integrity.

“Only some kind of regional integration or open border system can serve as a path to minimizing the likelihood of escalations of violence and to finding a solution at the local level,” Abashin said.

If nothing else, this latest conflagration has apparently convinced officials in Tashkent about Sokh’s plight.

On June 2, more Uzbek government officials arrived in the exclave with a pledge to better study the local economy and to explore improving living conditions for residents. Many of them, like Sports Minister Dilmurod Nabiyev, freely admitted they had never even been to Sokh before.

“It is by the will of fate that we have come here today. We have looked at the problems. This is our first visit, but I think that now we have been instructed to do so by our respected head of state, we will have to come to this place many times,” he said.