A freshly installed camp outside the city of Termez counts up to 80 tents. 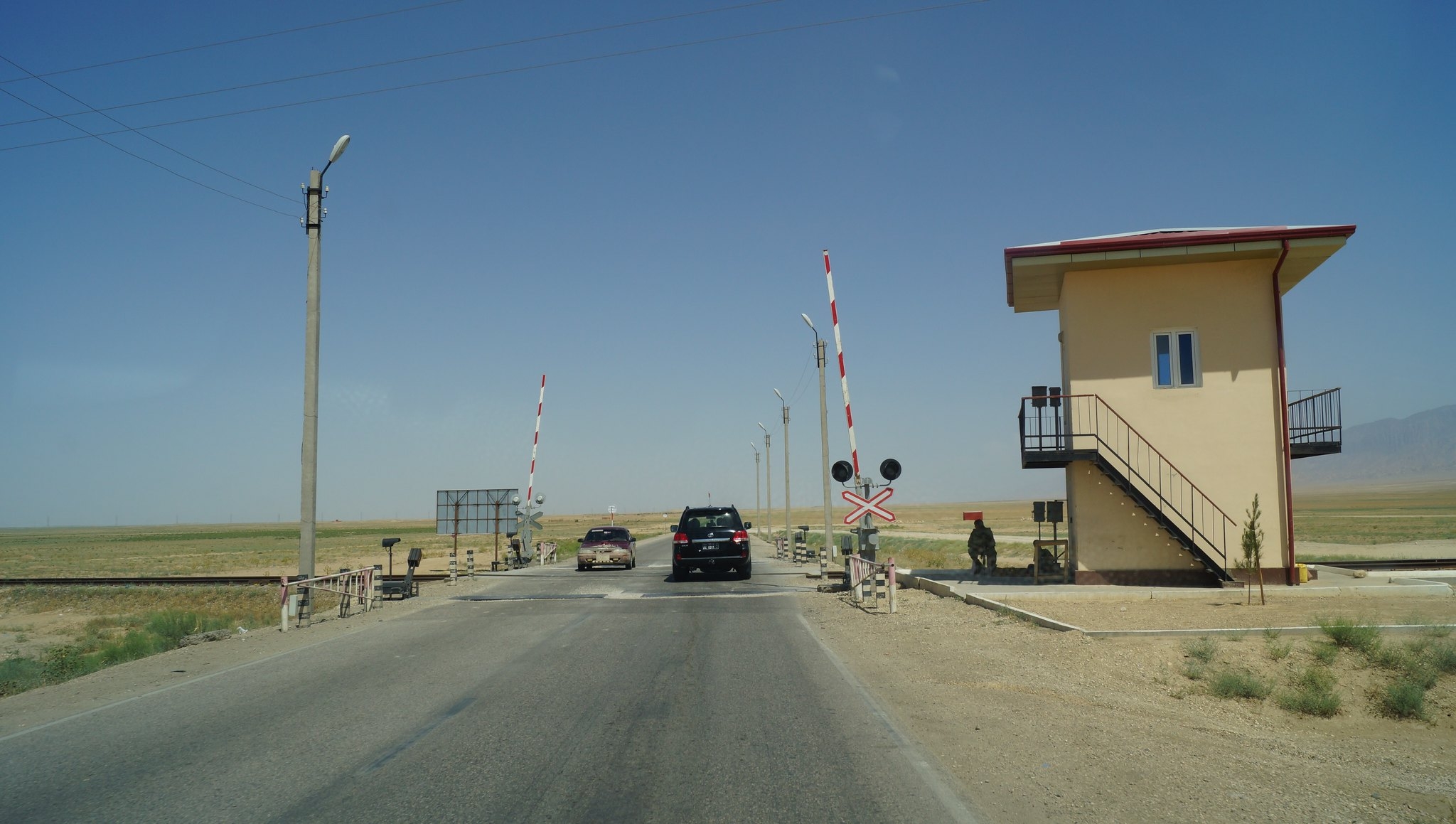 A railway crossing on the line from Hairaton to Mazar-e Sharif. (Photo: Julian-G. Albert / Creative Commons)

A tent city has been erected outside the southern Uzbekistan city of Termez, apparently in advance of an anticipated flow of refugees from bordering Afghanistan, large parts of which are currently gripped by fighting between government and Taliban forces, local residents have said.

Termez-based journalist Abror Kurbanmuradov, who on July 3 visited an area near the Hairaton border outpost, the only official crossing from Afghanistan, told Eurasianet that he was not permitted to view the tents, but that officials with the security services confirmed the presence of the camp.

“The [State Security Services] officer said the tents had been put up in case of emergency or unexpected developments,” Kurbanmuradov said. “There is no one in the tents yet.”

Officers guarding the zone did not permit journalists to take photos.

The Friendship Bridge, a road and railway link famed for being where Soviet troops entered into, and subsequently departed from, Afghanistan is around 18 kilometers from Termez. That city lies on the northern banks of the Amu-Darya, the river that marks the natural boundary between Uzbekistan and Afghanistan. The area between the bridge and Termez is mostly desert, but for a few small settlements. It is there that the tents are being pitched.

Another journalist with knowledge of the layout of the camp told Eurasianet that at least 80 large tents equipped with beds and some communication and field equipment have been put in place at the site.

“But to be honest, it is very hot, it is almost 60 degrees Celsius out there. I have no idea how you could live there,” the journalist told Eurasianet on condition of anonymity.

The State Security Service did not respond to Eurasianet’s request for further information on plans for the camp.

The appearance of the camp comes while Uzbek Foreign Minister Abdulaziz Komilov is on a weeklong working visit to the United States, where he is understood to have been engaged in talks with officials in Washington on how Tashkent might assist in coping with a fast-evolving security situation in Afghanistan. The visit is scheduled to wrap up on July 4.

According to a Bloomberg report on July 2, the Biden administration has reached out to Uzbekistan, as well as Kazakhstan and Tajikistan, to ask if they might temporarily accommodate up to 9,000 Afghans who might face reprisals for working with U.S. military forces.

Around 18,000 such Afghans are reportedly going through the motions of applying for special immigrant visas, which would entitle them to later claim refugee status. A portion only now initiating the process need to be accommodated in a third country pending approval, however, according to Bloomberg’s reporting.

It is unclear whether the Termez tent facility is intended for those visa applicants or for people fleeing the unrest affecting districts just across the river.

The proximity of the fighting in Afghanistan is now starting to seed fears inside Uzbekistan, not least among the Afghan community in Termez.

“There are a lot of Afghans in Termez working and living temporarily. The ones that I know do not want to return to their homeland,” the journalist who spoke on condition of anonymity told Eurasianet.

Abdukadir Navoi, 50, was born in Faryab, a province in northern Afghanistan, but has been living in the Uzbek capital, Tashkent, for 16 years.

“I called my father in Faryab two days ago to ask about the situation. He said that all the surrounding areas had been captured by the Taliban, but that they had not yet entered their city. I am very upset and concerned about the fate of my parents. My father is 95, and my mother is 90,” he told Eurasianet.

Navoi said that the current community of around 10,000 Afghans in Uzbekistan will likely swell if the situation in Afghanistan continues to worsen.

“The homeland is nearby, and we have a good life here, especially since Uzbekistan is now open to Afghan investors and businessmen,” he said.

More indications of the Afghan military’s collapse against advancing Taliban forces arrived from Tajikistan on July 3 as that country’s security services reported that 300 Afghan troops were forced to seek refuge into its southern Khatlon province amid yet another onslaught. The soldiers are said to have fled from Afghanistan’s Badakhshan province, which is increasingly coming under control of the Taliban.

This is the third known case of large numbers of Afghan troops seeking haven in Tajikistan in less than two weeks.

Uzbekistan has taken a firmer line against escaping Afghan troops, warning them that they are violating international law by crossing the border without approval.

A spokesman for the presidential administration in Tashkent said on June 28 that there had been several such attempts in the preceding few days.