Uzbekistan Bullish on Economy – But Do Numbers Add Up? 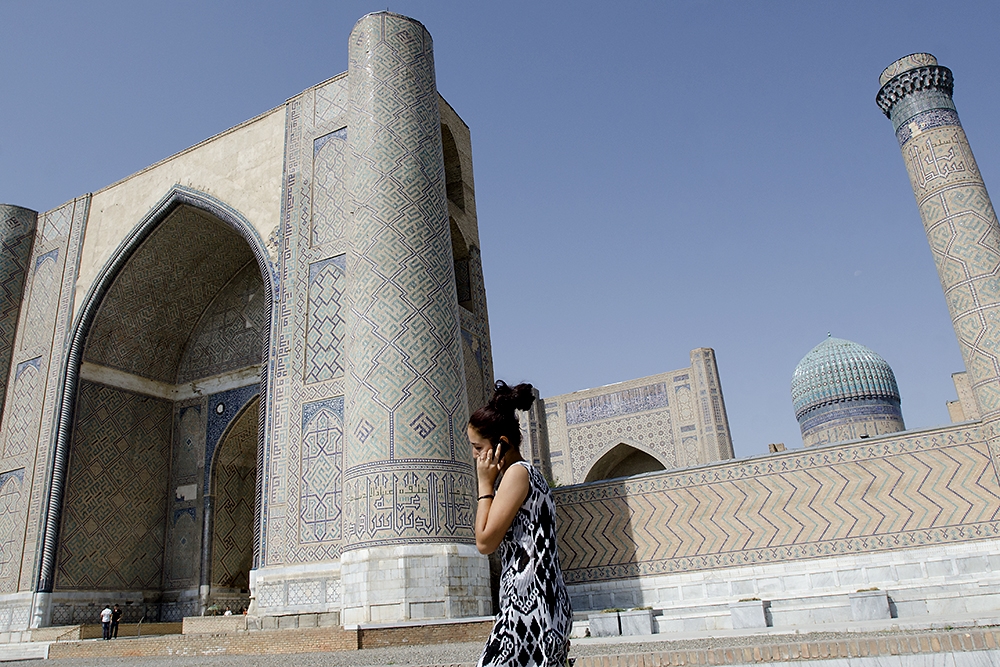 While most countries in Moscow’s economic orbit are nervously eyeing tough times ahead, Uzbekistan is adopting a bullish line on its economic prospects.

Already, Kazakhstan has drastically scaled back growth targets. Meanwhile, there are rumblings of concern in Tajikistan and elsewhere about an expected, significant decline in the amount of remittances sent back to Central Asian states by labor migrants in Russia.

If official statistics are to be believed, Uzbekistan stands to buck the dismal economic trend. According to President Islam Karimov’s forecast in mid-January, Uzbekistan should enjoy a relatively robust 8 percent growth this year. In 2014, GDP grew by 8.1 percent, Karimov reported – quite a feat in a country shunned by foreign investors owing to Tashkent’s reputation for crony capitalism.

The upbeat economic outlook can be attributed to “what is sometimes called the Uzbek paradox,” said Kate Mallinson, a Central Asia expert at the GPW consultancy, whereby “Uzbekistan continues to post high levels of headline growth, despite limited market reforms.”

Karimov’s predictions may be rosy, but both the IMF and the European Bank for Reconstruction and Development (whose calculations are naturally based heavily on statistics supplied by national governments) are also offering fairly bullish growth forecasts for Uzbekistan this year, at 7 percent and 7.8 percent respectively.

So is the Karimov administration irrationally optimistic – or is Uzbekistan really defying the regional economic trend?

As analysts readily admit (and economists at international organizations privately acknowledge), crunching the opaque statistics released by Tashkent is a challenge.

“An informed assessment of Uzbekistan’s economy is difficult, as levels of corporate disclosure are low and statistical data are unreliable; the black market is estimated to constitute as much as 40-60 percent of the economy,” Mallinson told EurasiaNet.org.

Tashkent’s 8-percent growth forecast “has to be taken with a steady dose of skepticism and the real figure is likely to be a few digits lower,” she added. “But not that much lower.”

“Identifying the main drivers of Uzbekistan’s growth remains something of a guessing game, as official data are less than reliable,” agreed Anna Walker, a regional analyst at the Control Risks consultancy. “It appears, though, that all the main sectors continue to drive economic growth, with services – particularly finance and telecoms – the lead contributor, accounting for more than half of overall output, and industry and agriculture still performing strongly.”

A fall in oil prices is causing a headache for other regional energy producers, but as an oil importer Uzbekistan is gaining from the drop. As for natural gas, Beijing snaps up the lion’s share of Tashkent’s exports, and “although the details of Uzbekistan's long-term energy supply deals with China are not in the public domain, they are probably insulated from the impact of the downturn in energy prices,” David Dalton, Uzbekistan analyst at the Economist Intelligence Unit, told EurasiaNet.org.

Outside the energy sector, there was a blow to manufacturing exports, as sales to Russia by GM-Uzbekistan – a US-Uzbekistani joint venture and one of the country’s few western investment success stories – nosedived 38 percent in 2014, chiefly because of reduced demand in Russia.

Tashkent’s economic statistics for 2014 contained no details about export revenue, beyond that Uzbekistan had posted a trade surplus of $180 million. The lack of a comprehensive statistical breakdown suggests the government may be concealing a significant drop.

There are also clouds on the horizon for domestically oriented sectors. Consumer buying power is propped up by remittances sent home by labor migrants, but “the serious economic downturn in Russia is likely to dampen these inflows, thereby contributing to weaker domestic demand,” Walker said. Before the Russian economic crisis started biting, remittances from Russia totaled the equivalent of around 12 percent of Uzbek GDP.

A significant decrease in the amount of remittances could hit living standards in Uzbekistan, and end up “stoking popular grievances,” Dalton said – food for thought for Tashkent in a presidential election year.

Policymakers in Tashkent have not explicitly acknowledged that Russia’s woes could have undesirable economic ramifications for the Uzbek economy. Still, Karimov seems to want the economy to become more nimble; he has ordered reforms designed to make Uzbekistan more appealing for foreign investors. Currently, the state controls much of the economy and watchdog groups rank Uzbekistan as one of the most corrupt places on earth.

Analysts doubt the government will deliver on Karimov’s latest reform pledge. Past promises of reform have proved “mainly rhetoric with any changes being largely cosmetic,” said Mallinson.

“The government actually needs to curtail the selective and biased use of legal institutions, clip the wings of vested interests and reduce administrative pressure if it really wants to promote entrepreneurship,” she added.