Uzbekistan: Changing the face of tourism

Tashkent hopes to double tourist arrivals by 2025, but is the deluge sustainable? 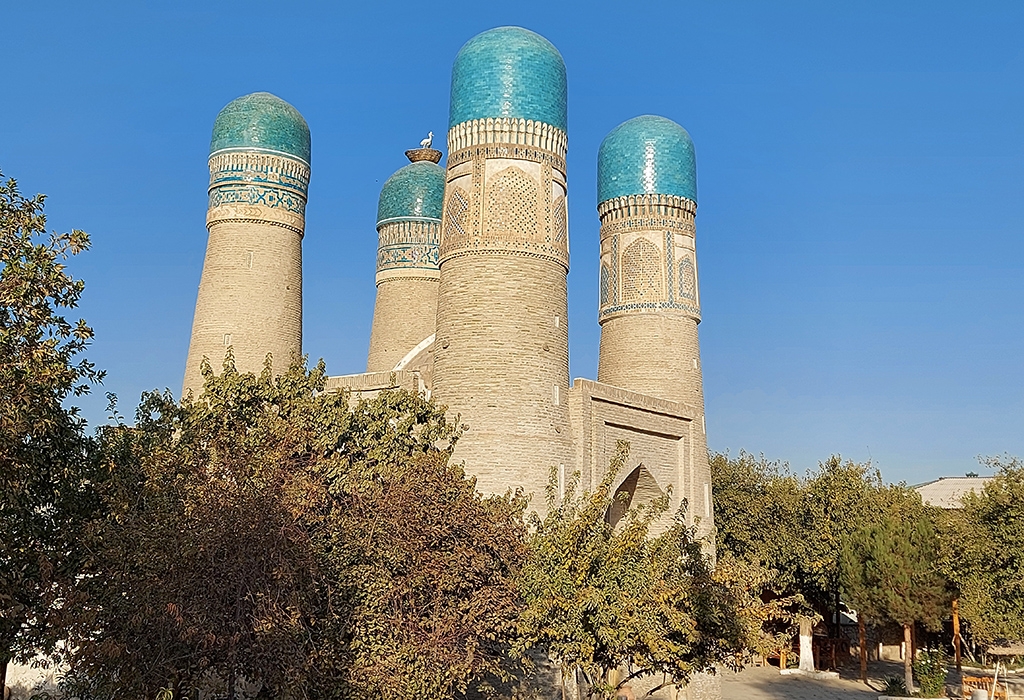 Storks were once a common sight in Bukhara, and on a recent visit to this atmospheric Silk Road city, a nesting couple could be spotted on top of a turquoise dome. But on closer inspection, this pair of long-legged waders turned out to be mere plastic imitations.

Uzbekistan has been investing heavily in redeveloping cities like Bukhara, Samarkand and Khiva as it reimagines its mythical past with an eye to what it thinks tourists want to see, fake storks and all. But these redevelopments run the risk of erasing the character of these evocative cities.

In the narrow backstreets of Bukhara’s old residential areas, former family homes are being converted into guesthouses and small hotels to cash in on a potential tourist boom as Uzbekistan starts imagining life after the pandemic. The city is also getting its first five-star hotel as Uzbekistan’s gaze turns toward well-heeled visitors from China, India, Pakistan and the Middle East.

The emerging middle classes from these countries, along with Malaysia, Indonesia and neighboring Kazakhstan, are “the tourists of the future for Uzbekistan,” Steven Hermans, who runs Caravanistan, a Central Asia travel website, told Eurasianet.

Alongside giving its main tourist attractions a makeover, Tashkent sees diversification of the sector as key to increasing visitor numbers. By 2025, it hopes to attract around 12 million tourists, almost doubling its pre-pandemic peak of 6.75 million in 2019.

In addition to its well-established heritage tourism, Tashkent is targeting pilgrimage, medical and adventure tourism. Uzbekistan received a boost to these ambitions earlier this month when Samarkand was chosen to host the UN’s World Tourism Organization general assembly in 2023, a gathering that it hopes will put the country on the international tourism map.

Samarkand is another city undergoing a facelift. Currently under construction is a complex of eight hotels, including a 22-story luxury hotel and smaller boutique hotels specializing in varying medical procedures. The cluster will include a congress hall, a shopping mall and a water sports center.

Tashkent’s top-down approach to reconstructing its crumbling monuments has not been without problems. In 2017, a heavy-handed revamp of Shahrisabz, birthplace of Tamerlane, drew the ire of UNESCO when a large section of the city’s medieval residential quarter was demolished.

“A lot has been said about the mismanagement of Uzbekistan's historical and archaeological heritage, with the bulldozing of Shahrisabz as a sad highlight,” Hermans told Eurasianet.

“It's difficult to find anything positive in that, especially seeing how tourism is supposed to give more incentives to protect heritage,” he said. “On the other hand, remodeling cities to look like an imagined past is not something new. The reinvention of Bruges in the 19th century as a cute medieval tourist town to appeal to British tourists springs to mind.”

The lure of the tourist dollar is strong for Uzbekistan – in 2019, the sector brought more than $1.3 billion into state coffers. It is betting heavily on tourism to play a greater role in its economy by creating more attractive conditions for visitors with a visa-free regime in place for many countries, more guest rooms and improved transport infrastructure.

“It’s become a lot easier to travel in Uzbekistan in the past few years. Gone are the convoluted visa schemes, the endless checks at the border, the black-market money exchanges in a back room at the bazaar and the policemen on every corner telling you off for taking a picture of a building,” said Hermans.

In the last five years “there have been a lot of reforms in the tourism industry,” Larisa Arzumanova, a tour guide from Bukhara, told Eurasianet. “Before the lockdown we had very many tourists because [President Shavkat Mirziyoyev] abolished visas for the European Union, Singapore, Israel, and we led two tours a day.”

Uzbekistan saw a record number of foreign arrivals in 2019. But 2020 saw visitor numbers, and revenue, plummet as the country closed its borders while COVID-19 spread.

In 2021, there have been signs of tourists returning with the government predicting around 1.7 million visitors after reopening its doors in the spring. Numbers have gradually risen over the year.

Eurasianet met two visitors from Singapore who were taking advantage of the visa-free regime and the relative lack of tourists.

“This is probably the only time where you actually have a whole place to yourself,” Natalie Lim, who works in sales, told Eurasianet. “COVID is not going to decrease in the coming months, or anytime close, so I might as well travel now.”

Her fellow traveler, sales manager Monica Huang, told Eurasianet that Uzbekistan was not very well-known as a destination in Singapore.

“This is still to us a part of the Soviet bloc,” she said.

People regard Uzbekistan as a destination for more adventurous types, seeing it as “exotic with a tinge of danger,” Huang said.

While increasing the flow of tourists can be good for the economy on many levels, Hermans cautions that Uzbekistan needs to create a viable, sustainable future for the sector. This should consider the wishes of residents alongside the needs of visitors while being wary of the perils of ever-increasing numbers.

“Overtourism feels far away in these COVID times, but it can quickly return, and when locals feel their city no longer belongs to them, like for instance in Venice or Barcelona, that will create a backlash,” he warned. “Sustainable tourism should benefit both locals and tourists.”