Will a railway connecting the two countries via Kyrgyzstan ever happen? 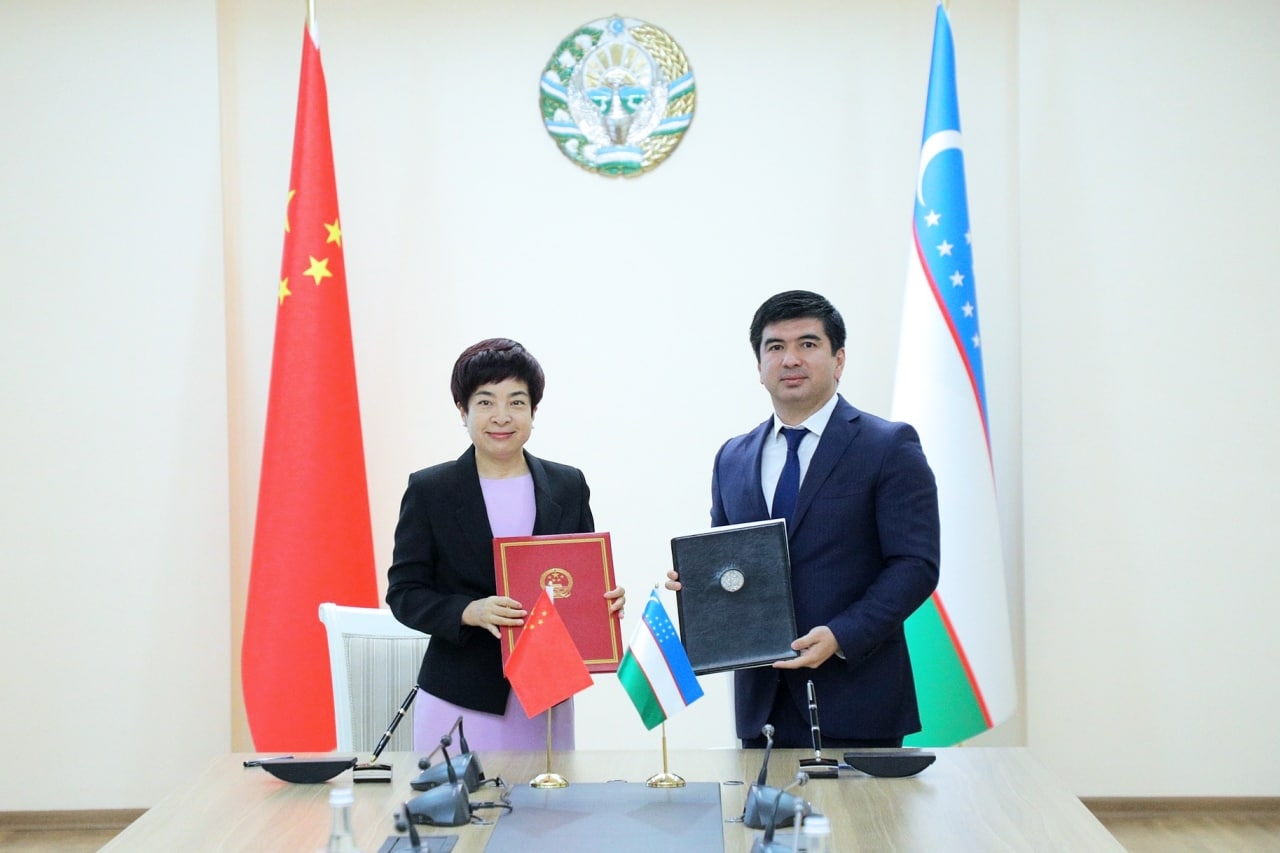 Separately, a key transport project that would turn Uzbekistan into a transit country for rail cargo going westward from China may finally be moving ahead, if assurances from Kyrgyzstan can be taken at face value.

The agreement on the 250 million yuan aid package, worth $37.4 million, was signed by Aziz Voitov, Uzbekistan’s deputy minister of investment and foreign trade, and Chinese Ambassador Jiang Yan on May 24, the Uzbek government said.

It did not specify what the relatively modest sum will be used for, beyond stating that it would fund “joint socially significant projects in Uzbekistan.”

Health, energy and agriculture may be among the sectors targeted by the aid, judging from the topics raised at talks between Sardor Umurzakov, Uzbekistan’s investment and foreign trade minister and deputy prime minister, and Chinese Foreign Minister Wang Yi in Beijing last month.

The two agreed to “tap the potential of agricultural cooperation” and expand energy and healthcare ties, the Chinese Foreign Ministry said.

One project in the transportation sector to which Tashkent would undoubtedly like to give some impetus is a long mooted rail link between China and Uzbekistan via Kyrgyzstan, whose government is adamant that it is finally moving forward.

On May 20 Kyrgyz Prime Minister Akylbek Japarov stated categorically that construction would begin this fall on what he described as the “largest scale project in the whole history of our independence.”

Given that there has been chin-wagging about the railroad, known as the CKU link, for a quarter of a century but no progress on actually starting to build it, his vague statement looked optimistic.

But Japarov later doubled down, insisting that Bishkek expects the three countries to sign an agreement on building the railway on the sidelines of a summit of the Shanghai Cooperation Organization in Samarkand in September.

“The governments of the three countries are preparing documents on construction beginning in September,” he said in an interview with Radio Azattyk.

Uzbek President Shavkat Mirziyoyev and his Chinese counterpart Xi Jinping discussed the railroad at a meeting in Beijing back in February, when they agreed to “strive for an early launch.”

If the CKU finally gets built, that would serve double landlocked Uzbekistan’s ambitions of boosting its connectivity with the wider region by turning it into a transit state for rail cargo heading from China to Europe.

As for the bill for building the railway line, which one estimate put at $8 billion, China may have the deepest pockets but it is not planning to shoulder it alone, judging by recent remarks from Ambassador Jiang.

“Joint efforts” are required to pursue something that is the “common cause” of all three countries, she said. “I would not say that China alone is financing this [rail]road.”