Otabek Sattoriy received a six-and-a-half year prison sentence on what his defenders say were spurious charges. 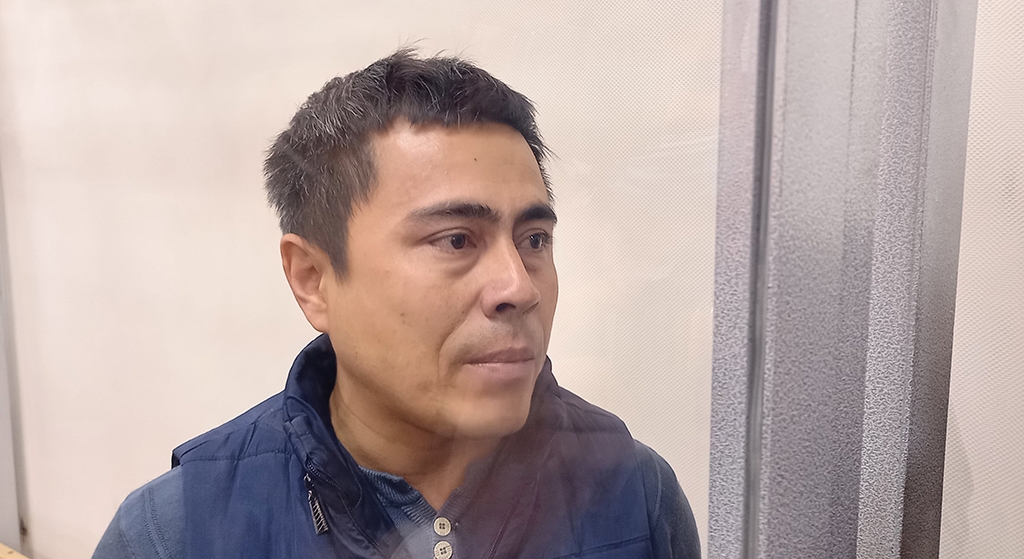 A court in southern Uzbekistan has sentenced a citizen journalist to more than six years in prison in a ruling that one activist has described as marking the death of the country’s ambitious justice system reforms.

The judge at the Muzrabad district court in Surkhandaryo region on May 10 handed down the sentence after finding Otabek Sattoriy guilty on charges of extortion and libel. Prosecutors had asked for an 11-year prison sentence at the end of the two month-long trial.

“We are unhappy with this ruling,” Sattoriy’s lawyer, Umidbek Davlatov, said in a comment uploaded to YouTube. “This was an absolutely unjust sentence.”

The lengthy prison sentence reserved for Sattoriy, who had gained some prominence for his often-coruscating style of public interest reporting in and around the southern Uzbek city of Termez, has drawn dismay from fellow journalists.

“Seems like this is the longest sentence any blogger ever gets in modern Uzbekistan,” prominent Tashkent-based journalist Nikita Makarenko wrote in an English-language tweet. “Absolutely crazy. I didn't see any clear evidence of anything which deserves 6.5 years in prison.”

While advocates for freedom of speech have cast Sattoriy’s case as a test of Uzbekistan’s commitment to transparency, the authorities appear to have designed his prosecution with another goal. Namely, to lay down markers for what boundaries citizen journalists, known locally as bloggers, may or may not cross.

Although the accusations against Sattoriy involved instances of alleged petty fraud – several complaints revolved around the claim that he was blackmailing the objects of his journalistic inquiries – the extent of resources deployed against him were of another order altogether. On the day of his arrest, on January 30, a large squad of Interior Ministry personnel were deployed to effect his detention and investigators searched his home well into the night.

Investigators refused to divulge the particulars of their case, however.

Sattoriy is part of a sprawling community of similar bloggers across Uzbekistan. Some of these citizen journalists use their Facebook accounts, Telegram channels or other platforms to comment and report on matters of national importance, sometimes gaining tens of thousands of followers in the process.

Most are more local in their focus. Where some use whatever heft they possess to complain about potholes or bureaucratic ineptitude among local officials – at times blurring the distinction between reported fact and gossip in the process – others have seized on the relative openness the country has enjoyed since 2016, when the late dictator Islam Karimov died, to direct their attention on perceived graft. Sattoriy belonged most decidedly to this latter category, although prosecutors maintain he was using his journalism not only to expose wrongdoing but also for blackmail.

As Navbahor Imamova, an Uzbek reporter for Voice of America, commented before the verdict was announced, the intent of imprisoning Sattoriy may have been not just to silence him, but also to chill the climate for likeminded bloggers too.

“[The] system is using this case to warn critical voices, to silence them. Have your freedom of expression, but there is a cage waiting for you,” Imamova wrote.

The court sought to make a point of trying to ensure transparency in the trial itself by granting the press and members of the public access to hearings, although the choice of venue, in a small town around one hour’s drive from the city of Termez was notable for its inconvenience. And as of May 10, the court’s reasoning for reaching its decision had not been made public, even to the parties directly involved.

“We do not as yet know on what grounds the decision to imprison him was taken,” Davlatov, the lawyer, told Eurasianet. “The exact details are not known yet.”

Commenting on Sattoriy’s conviction, Nadejda Atayeva, the Europe-based president of the Association for Human Rights in Central Asia, said the ruling had bleak implications for Uzbekistan.

“Has the time come to prepare a funeral for the judicial reforms announced by [President] Shavkat Mirziyoyev?” she tweeted.