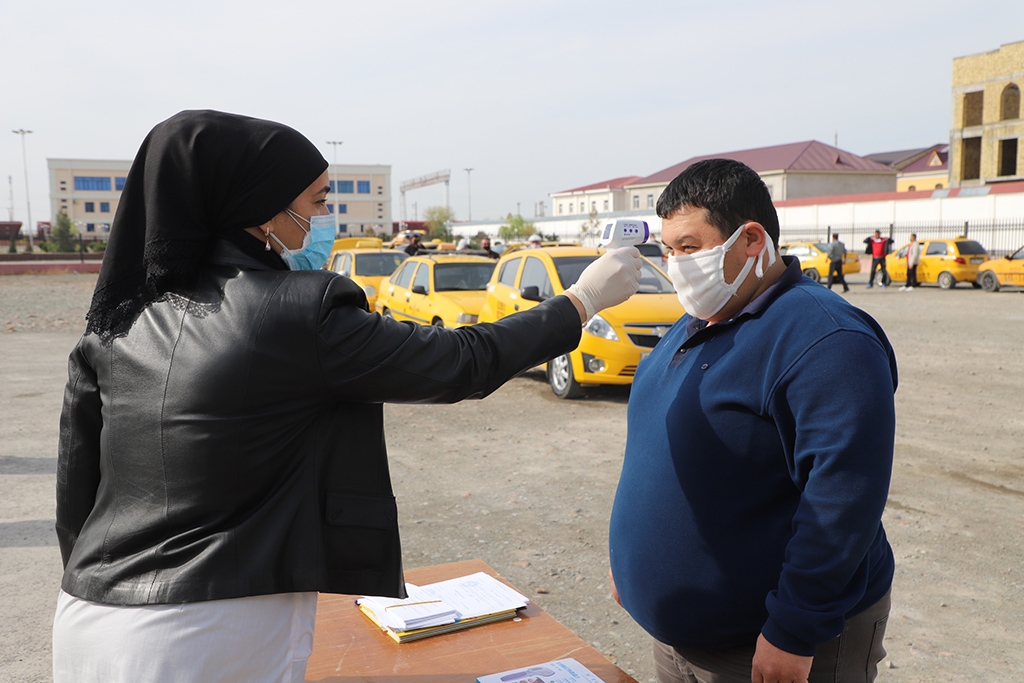 Shortly after Uzbekistan began battling to contain its coronavirus outbreak, it successfully solicited aid from international financial institutions, but there are concerns some of that money is now being stolen.

Speaking last week, the chair of the Senate, Tanzila Narbayeva, said the anti-corruption agency had discovered that more than $171,000 have been embezzled by employees with the sanitary-epidemiological service, a department within the Health Ministry, since the start of the COVID-19 crisis.

“We are concerned by the cases of embezzlement of money earmarked for measures to counteract the spread of coronavirus,” she said.

The theft is alleged to have targeted the government’s $1 billion coronavirus anti-crisis fund, which was created in March. That money was allocated, among other things, for setting up medical centers and quarantine facilities, as well as to support certain in-need areas of the economy.

The anti-corruption agency that is said to have detected the abuses was set up by President Shavkat Mirziyoyev with the express goal of avoiding the misuse and misappropriation of coronavirus funds. The authorities are intent to show they are acting as frustrations mount over suspected corruption. But the reaction of the security services to people voicing criticism is undermining the government’s credibility on that front.

Uzbekistan has over six months received more than $1 billion in credit for its battle against COVID-19. The main donors are the Asian Development Bank, or ADB, with $600 million, the International Monetary Fund, or IMF, with $375 million, and the World Bank with $200 million.

On June 9, Miraziz Bazarov, an employee of a Tashkent-based consulting company, posted an open letter to the IMF and ADB on his Facebook page in which he expressed his worries about the sudden flood of financial aid. In his message, Bazarov urged the institutions to refrain from issuing loans to Uzbekistan until the government devises a mechanism for the public to keep tabs on how funds are spent.

“The credit given out by international organizations has become a catalyst for an alarming increase in the level of corruption, which has hit the country’s business and economic climate. And it was after the IMF and the ADB approved this credit that Uzbekistan strengthened quarantine measures, leaving most people without incomes and the means for survival,” Bazarov said.

His appeal provoked much discussion on social media, much of it in support of his position. The security services were paying attention too. On July 27, Bazarov was summoned for questioning by the State Security Service, or SGB.

Bazarov arrived at SGB headquarters with his lawyer, Sergei Mayorov, prompting the security services to deny them both access.

“I sat at the entryway to the SGB for more than an hour with my lawyer Sergei Mayorov and they would not let us in. To begin with, they did not want to let in my lawyer, although this is illegal. After an hour, they began to check our temperature, and Mayorov supposedly was at 37 degrees [Celsius] … and so apparently according to lockdown rules he could not be allowed inside,” Bazarov wrote.

For Narbayeva, these episodes of corruption are evidence that legislation adopted in November 2017 under the title “On Public Control” is failing to have the requisite effect. That law in theory gave regular citizens, local government, nongovernmental organizations and media more power to scrutinize and demand accountability from state bodies and their employees. These oversight exercises could take the form of public hearings, monitoring, expert reviews and opinion polling, although whatever findings such activities produced were ultimately only advisory in nature.

In this instance, a solitary Facebook response elicited only a form of intimidation reminiscent of earlier, darker years.